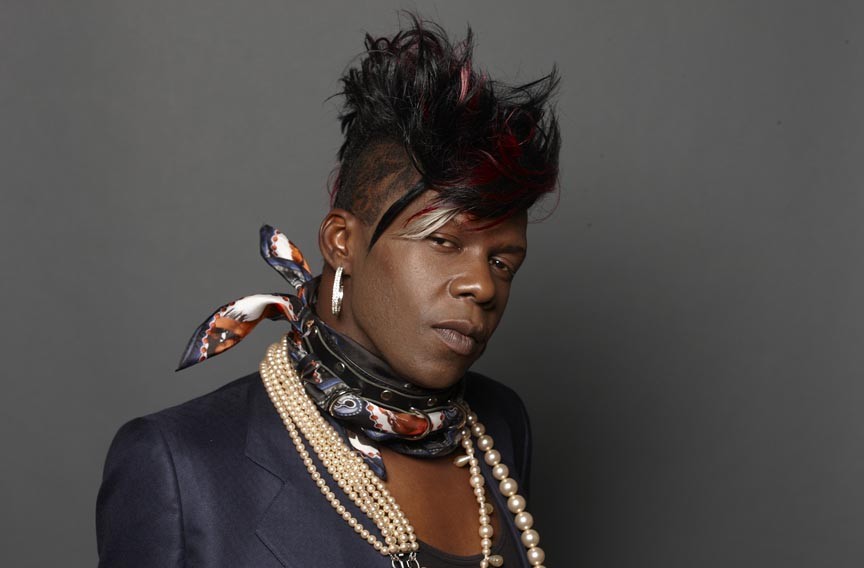 Funk legend George Clinton once famously said, "Free your mind, and your ass will follow."

Four decades later, that hallowed dictum has reversed itself in the form of New Orleans diva Big Freedia, a former high-school choir director now known as a leading acolyte for the butt-obsessed subgenre of hip-hop known as bounce music.

Characterized by dizzyingly up-tempo beats, repetition and hypersexual call-and-response lyrics, bounce is like go-go music on speed. The live shows give new meaning to the term dirty dancing. They're like a cross between an X-rated cardio workout and a booty shorts cult going down in a flaming 747 mid-gangbang.

Started in the housing projects of the Big Easy during the '80s, bounce has been ripped off by mainstream stars for years now. Juvenile's "Back That Azz Up" and Beyoncé's "Get Bodied" are two examples. But it's a symbiotic relationship.

"It changes all the time with new bounce songs," says Freedia (pronounced Freeda), whose real name is Freddie Ross. "It depends on what's coming out in the world with new hip-hop and R&B. Songs are geared toward hot songs on the radio, just with a different beat. But it's always fresh."

Scheduled to appear at this year's Best Friends Day festival, received a boost when she was featured on the popular HBO series "Treme," along with mentor, Katy Red, the originator of sissy bounce, which is the same as bounce except with performers with ambiguous sexual identities.

Freedia got her start singing and dancing in Red's backing group, Dem Hoes. "I was young and recall the DJ Jubilee video coming on and hearing it at middle-school dances," Freedia says while preparing to leave home for a show in Sweden, his first time overseas. "Cheeky Blakk, DJ Jimi, Mia X — as a child you heard them and you knew that New Orleans had a special sound."

Academics trace the roots of bounce through New Orleans' Mardi Gras Indian and second-line traditions; a historical exhibit, "Where They At: New Orleans Hip Hop and Bounce in Words and Pictures," opened last year at the Ogden Museum of Southern Art. Freedia explains that the beats per minute exploded in the wake of Katrina when local rapper 10th Ward Buck made a song called "Faster Faster"

"There was just a lot more energy after Katrina," she recalls. Nearly all bounce songs are sung over what's known as the Triggerman beat, which samples from the songs "Drag Rap" by the Showboys, "Brown Beat" by Cameron Paul and Derek B's "Rock the Beat."

Freedia is finishing up a full-length album, which will feature several collaborators including Spank Rock and indie duo Matt and Kim. She's also shopping around a reality TV show about her life, which includes teaching bounce and running his own interior design business. "I'm not on a record label, I just started taking my own money and making things happen," she says. "I was able to break out because I wasn't afraid to take that chance. ... Now there's a whole army coming behind me that been doing it for a long time."

It's taken her a decade to become an in-demand touring performer. "I've just been constantly working, being very consistent," she says. "While all the other gay rappers and straight rappers were sitting down, relaxing at home, I was steady at the club, putting out singles, just grindin' and grindin' and grindin'."

Of course, New Orleans is a dangerous city, especially for a gay rapper within the macho and homophobic culture of hip-hop. "When people's mindset is on hurting someone, there's nothing really can change that unless God is in your favor," Freedia says. "I been shot and everything here in New Orleans by a crazy individual. A lot of us here are protected by God."

Freedia now stands at the forefront of a deep tradition of popular gay performers from New Orleans that stretches back to the 1950s and the colorful Patsy Vidalia, the transvestite host of the Dew Drop Inn, as well as gay soul singer and cross-dresser Bobby Marchan, who helped start the Cash Money hip-hop label (and whose version of Clarence Carter's "Strokin'" from 1987 was one of the first bounce records to call out New Orleans housing projects).

"Definitely, I feel responsibility as a gay role model. I wanna be open-minded with where I'm from. I put out a lot of positive messages to shake yo ass with," she says. "But I put this out to open up people's eyes and minds, to be more free and express themselves so they can live and enjoy life."

And if you're worried that you don't have enough (ahem) ass to pull off the bounce show? Don't be. Just wear loose jeans or shorts — nothing too tight, Freedia says. "Everybody has an ass, no matter what type it is," she says. "You can work it. Bounce will never die." S

Big Freedia performs at the 10th annual Best Friends Day on Saturday, Aug. 20, at Hadad's Lake. Tickets are $25 and doors open at 10 a.m. For information go to bestfriendsdayrva.com.