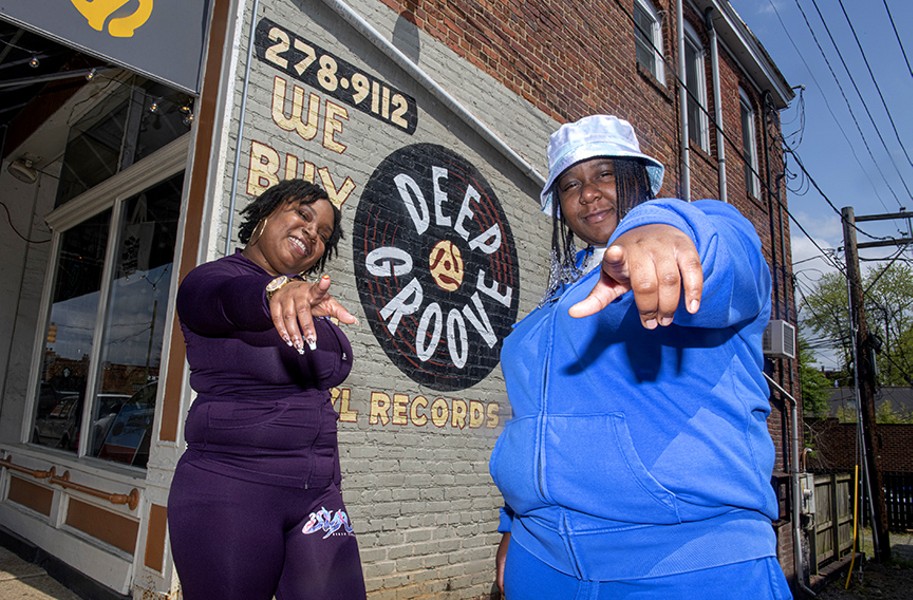 Scott Elmquist Kelmisha Davis and Desiree Newman are working together on Siren Vibes Records, which pulls its hip-hop talent from the so-called DMV (D.C., Maryland and Virginia) corridor.

Plenty of people love music, but few take that passion and start a record label.

Desiree Newman grew up with parents who were major fans of hip-hop.

“My dad’s retired Army now, but when we were living in Germany, hip-hop was his connection to America,” Newman recalls. “We were always listening to hip-hop CDs at home and that made me want to know more about the music business.”

“Because of COVID, my internship had to be done through Zoom, but it was great being mentored throughout the internship and getting to learn from Warner executives,” she says. “I found it pretty interesting talking to people pursuing music as a career.”

One issue abundantly clear to her was the lack of diversity in mainstream record companies. That was motivation enough to start a label run by Black women.

Although based in Richmond, Siren Vibes Records pulls its talents from the Washington, Maryland and Virginia corridor. “There’s so much untapped talent here and that pool has not been properly fished in,” Newman says. “Reading a Forbes article about Richmond’s underground music scene inspired me to be part of that.” Her goal with the company is boosting local talent by assisting with career development and ensuring artists get the royalties they deserve.

Working with Newman in artist development is Kelmisha Davis. An entrepreneur and hair stylist, Davis puts her efforts into marketing, including electronic press kits and making sure the artists have everything they need to succeed. “It’s not always easy to get African American women to work together as a team,” Davis says. “We wanted to set the tone for other women that they can accomplish whatever they want to do.”

When working with new artists, Davis says she and Newman begin by determining what the artists’ visions for themselves are. “These people are very creative, so we want to hear what ideas they’ve come up with,” Davis explains. “We want to make the best decisions for their career, so we try to figure out what adjustments are needed and make that happen.”

Artists such as Richmond’s Montro Hefner and Washington’s Big Holly have joined the label by reaching out through social media as well as through the local artist showcases Newman organizes. Jehmilaa, a Sierra Leone native, first-generation American and student at Norfolk State University, came to the label’s attention when a friend of Newman’s forwarded her music. “She’s a triple threat because she sings, dances and raps,” Newman says. “She’s hoping her music will open doors for her so she can eventually open a clinic in Africa.”

Siren Vibes Records offers a full array of services including marketing, management, publicity services, public relations and social media development. Currently, the label doesn’t have its own studio but instead contracts with various local recording studios based on availability, but that could change. “We’re looking forward to building our own studio,” Davis says. “First on the East Coast and eventually on the West Coast.”

And while touring is currently off the table as an option for artists to share their music, live streaming is here to stay, according to Newman. She cites how quickly the public adapted to shows being streamed as an indicator that it’ll become just another tool in musicians’ arsenals to get their music out. Additionally, streaming brings artists back to having to work on their stage presence, a requisite skill set in the long term.

As for the label’s name, it was chosen for the individualistic nature of a siren’s sound.

“It’s like when you hear a firetruck, you don’t know where it’s coming from, but you pay attention,” Newman explains. “When you hear something on our label, it’s one of a kind and whether it makes you want to get up and dance or it’s good driving music, it leaves a lasting impression.”

Both women agree that trying to start a record label alone would have been impossible and feel fortunate to have a partner to work with as they grow the business.

“In five years, we want to be a billion-dollar label and be up there with Atlantic Records and Warner,” Davis says. “We intend to work with artists and do business the right way for the love of music.”