Singer-songwriter Aimee Mann, a Richmond native, talks about her past fame with 'Til Tuesday and her sudden resurgence with the "Magnolia" soundtrack. 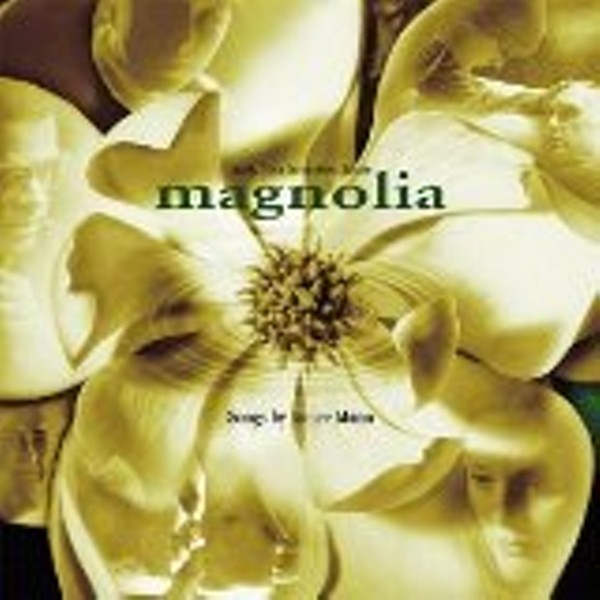 It's been 15 years since Richmond native Aimee Mann shot to spiky-haired stardom with the song "Voices Carry" by her '80s New Wave band 'Til Tuesday and promptly sank into that special brand of obscurity reserved for one-hit wonders.

Mann didn't go gently into that good night, however. She went kicking and screaming at the record executives who have largely dismissed the brilliant, critically acclaimed solo work that followed her brief stint as an early-MTV darling.

Now Mann's voice is carrying her to the mainstream again with a Golden Globe nomination for a song from her darkly ironic pop soundtrack to the film "Magnolia," an ensemble drama starring Tom Cruise, Jason Robards and William H. Macy. Oscar buzz is already beginning to follow Mann.

The follow-up to writer/director Paul Thomas Anderson's 1997 film "Boogie Nights," "Magnolia," Anderson has said, was written to accompany Mann's music the same way that "The Graduate" was written around the songs of Simon and Garfunkel in the 1960s.


Play These Songs
"One"
"Momentum"
"Deathly"

Anderson has likened "Magnolia" to sharing his "personal Aimee Mann mix tape" with the world, and Mann is certainly an integral part of the film: One character snorts coke off one of her CDs; another quotes a line from one of her songs ("Now that I've met you, would you object to never seeing each other again?"); at one point, in a montage, the entire cast joins in singing her song "Wise Up."

"I know [Anderson] was listening to some of my songs while he was writing and he's said that characters were written based on people I was talking about in my songs," Mann says in a phone interview from her home in Los Angeles, "but it's also his interpretation and his writing, so you know, it's heavily colored by him. I wouldn't say if I were to put my songs into movie form, it would come out exactly the same way."

Mann is still coming to grips with being in the media spotlight again. She doesn't want to return to 1985 when 'Til Tuesday was voted MTV's Best New Artist of the Year. "It was very difficult to deal with that," she says. "I didn't like it all. It takes a certain kind of person to enjoy being stared at 24 hours a day. I find it more intrusive than enjoyable."

That's not to say that she's been completely out of the public eye. She's toured with Sarah McLachlan's Lilith Fair. She's done collaborations with Elvis Costello and Glenn Tilbrook of Squeeze. She had a cameo appearance in the Coen Brothers film "The Big Lebowski."

Rolling Stone has called her one of her generation's "premiere songwriters" and Time magazine said of her recent solo work that she has "the same skill that great tunesmiths like Paul McCartney and Neil Young have; the knack for writing simple, beautiful, instantly engaging songs."

But Mann has been at the forefront of battles with several record labels that either didn't understand or didn't know how to market her lyrically compelling, radio-defying work. Like other maverick talents such as The Artist and Ani DiFranco, she has started her own record label, Superego Records, and is about to put out her first independent release next month, "Bachelor No. 2."

It's typical of Mann, who has never been uncomfortable with being an iconoclast.

"Aimee always gets good press from the critics, but she's never been a big-hit type artist," says her father, Frank Mann Jr., a retired A.H. Robbins Co. marketing exec who now lives in the Northern Neck. "She's kind of the poster child for record-company abuse. She's had these companies go bankrupt on her and all kinds of stuff and she gets aggravated because they don't really understand her music."

Mann, 39, was born at Virginia Commonwealth University's Medical College of Virginia Hospitals. She and her family bounced around Richmond, living in South Richmond, Midlothian and The Fan before she left for Boston, where she attended Berklee College of Music and founded 'Til Tuesday.

"She was always a kid that was kind of ahead of her time," says Katherine Baugher, Mann's drama teacher at Midlothian High School in the mid-'70s. "She was always a kid who had her own mind. … She was a kind of an insecure kid, very quiet, very introspective. … I liked her a lot. When she did start talking, she was worth listening to."

Mann graduated from Open High in 1978. Her yearbook photo shows her donning a black beret rakishly tilted over her close-cropped punk blond hairdo, wearing sunglasses and smoking a cigarette.

"I loved the Fan and hanging out at VCU," Mann recalls of her teen years. "Getting drunk at Bogart's, going to the Biograph. … I used to hang out at Shockoe Slip, I worked at Tortilla Flats — what a nightmare that was!"

As for the future, Mann says her ambitions these days are not to be a superstar, but to make a living and to make enough to keep recording.

She's using the Internet to promote herself (www.aimeemann.com) and she'll be starting a national tour with her husband later this month (She'll be closest to Richmond on Feb. 8 at Birchmere Music Hall in Alexandria.)

Eventually she hopes to bring other performers to join her dream of founding a record label where the artists retain rights to their songs and get the lion's share of the profits.

"I think plenty of people are going to be doing the same thing out of necessity," she says. "It was never a dream of mine to own my own record company, but I'll do it if I have