Sinclair's "Fake News" Promo Did Not Air Locally on WRLH 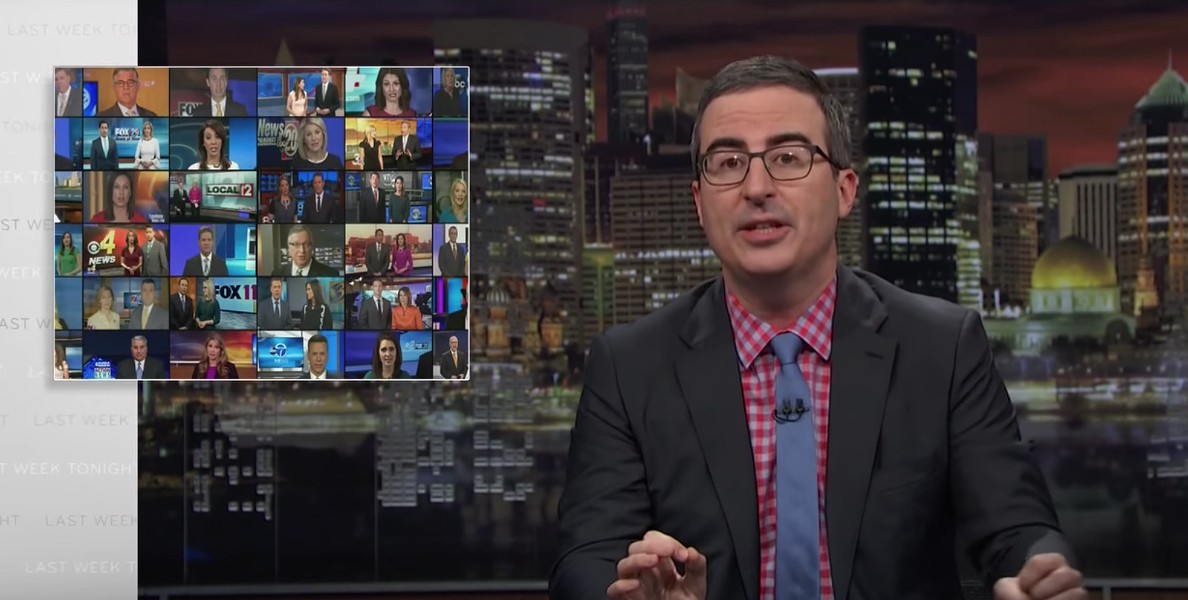 A still from the "Last Week Tonight" segment on Sinclair that aired April 1 on HBO.

A story is going viral today sparked by sports news site Deadspin and a segment on HBO's "Last Week Tonight with John Oliver." It involves Sinclair Broadcast Group's requirement that dozens of its television stations run the exact same promo against fake news.

The viral video shows many television anchors reading the "must-run" script from Sinclair, which is reminiscent of similar attacks by President Donald Trump on the mainstream media. A mash-up of news anchors speaking in unison is prompting some observers to call it "Orwellian" while Trump has praised Sinclair on Twitter.

Conservative-leaning Sinclair owns Fox affiliate WRLH Channel 35 in Richmond and more than 170 stations around the country. It would acquire many more, including Richmond's WTVR CBS-6, if its $3.9 billion acquisition of Tribune Media is approved. The purchase is still under review by the Federal Communications Commission and Department of Justice and it has been reported that Sinclair plans to divest from one of the Richmond stations as part of a strategy to win FCC approval.

Tim Perry, general manager of WRLH, tells Style that the promo in question did not run in Richmond primarily because of its news-share agreement, which pays WWBT Raycom Media to produce its nightly newscast.

"Those anchors you see [in the viral video] were working at Sinclair-owned and -operated news stations," Perry says. "So that promo campaign wasn't something that was implemented here."

Maryland-based Sinclair has not yet responded to inquiries from Style about the story or its plans in Richmond.

According to commission rules, an entity is permitted to own as many as two stations in a market if the service areas do not overlap and at least one of the stations is not ranked among the top four based on audience share. But last year, the FCC got rid of a rule requiring at least eight independently owned TV stations to be in a market before any entity could own two stations. Also it amended the previously mentioned "top four" rule with an option for a "case-by-case" review.

Perry notes that "under certain circumstances [the FCC] will allow two stations in a market," but he couldn't comment much more considering the deal remains under review.

"It hasn't been approved or disapproved," he says.

Below is the original "Last Week Tonight" segment (NSFW).

"Nothing says 'we value independent media' like dozens of reporters forced to repeat the same message over and over again like members of a brainwashed cult," Oliver says.