Musician bends his strings at the Virginia Arts Festival. 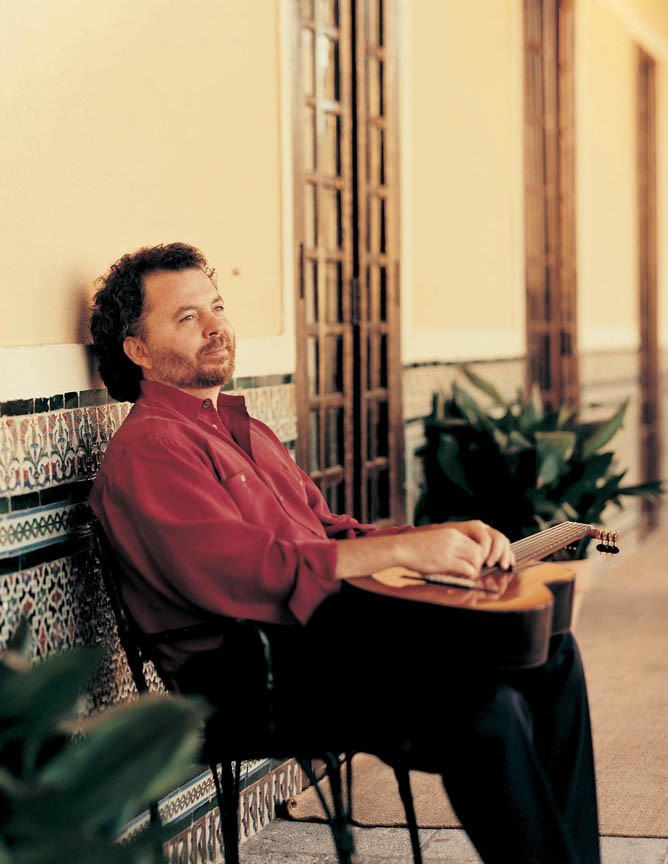 Guitarist Manuel Barrueco is talking about the composers whose work he'll perform Monday night: "I've been doing a lot of [Astor] Piazzolla in recent times," he says. "I had an album. It won a Grammy — or maybe it was a nomination. I don't remember."

Barrueco plays for love, not awards. He says that the world of industry accolade is inconsequential compared with the beauty of the music he performs. "To me, when a guitar is played well, it is irresistible," he says. (For the record, "Solo Piazzolla" in 2007 was nominated for a Grammy.)

He'll perform with the Beijing Guitar Duo, Meng Su and Yameng Wang, at the Chrysler Museum Theater in Norfolk. The program will begin with the classical sound of 19th-century Vienna, then move to Spanish music of the romantic era and on to Piazzolla and "beautiful Brazilian things," he says.

Barrueco set this progression of works to demonstrate the range of the classical guitar's sound as it has developed over time. He describes the earlier works as very melodic. The later ones expand the range of musical color and use percussive effects.

One of the works, "The Enchanted Island," was written for the three musicians by Barrueco's longtime friend Sergio Assad. The music, inspired by Assad's visit to Chinatown in Havana, Cuba, combines Asian and Afro-Cuban elements.

The concert is part of the Virginia Arts Festival, now in its 15th year. The years have "gone by in a whirlwind," says Rob Cross, executive and artistic director. The festival always has included multiple genres of music, dance and theater in large and small settings across Hampton Roads. It wasn't a startling revelation to learn over the years that the big events bring the festival the most attention.

"People want a spectacle in a festival setting," Cross says. The scale of the festival provides a chance to present the kinds of works that involve vast numbers of performers or challenging logistics.

For example, the annual Virginia International Tattoo, held April 28 to May 1, features 850 performers marching and playing patriotic music in Norfolk's Scope and draws visitors from more than 20 states and five countries.

On May 7, the gloriously crass combination of restored World War II aircraft and the Virginia Symphony Orchestra appears at "Flying Proms." This tradition from the United Kingdom pairs plane maneuvers with orchestral ones and throws in fireworks for no extra charge.

Then there's the Mormon Tabernacle Choir, which moves its 300-voice choir and 150-member orchestra around on 11 buses and four airplanes. "We've been trying for years to get them," Cross says. "They don't tour much. ... It's just impractical." But the dates aligned and tickets are selling briskly for the June 20 performance.

The financial picture has been encouraging. While state and local funding continues to be down, ticket sales and sponsorship dollars have returned: "Definitely we are back to where we were pre-2008," Cross says. Tour-group sales are "dramatically" more over last year, and he expresses particular pleasure that, as of April 6, more than 300 student tickets had been sold to violinist Joshua Bell's performance this Saturday.

The festival's organization, which does year-round educational work, moved into its own building last fall. "It's nice to have stability and longevity," Cross says. S

The Virginia Arts Festival runs through May 31 in venues throughout Hampton Roads, with a final concert on June 20. Manuel Barrueco and Beijing Guitar Duo perform April 25 at 8 p.m. at the Chrysler Museum Theater in Norfolk. See vafest.org or call 757-282-2822.