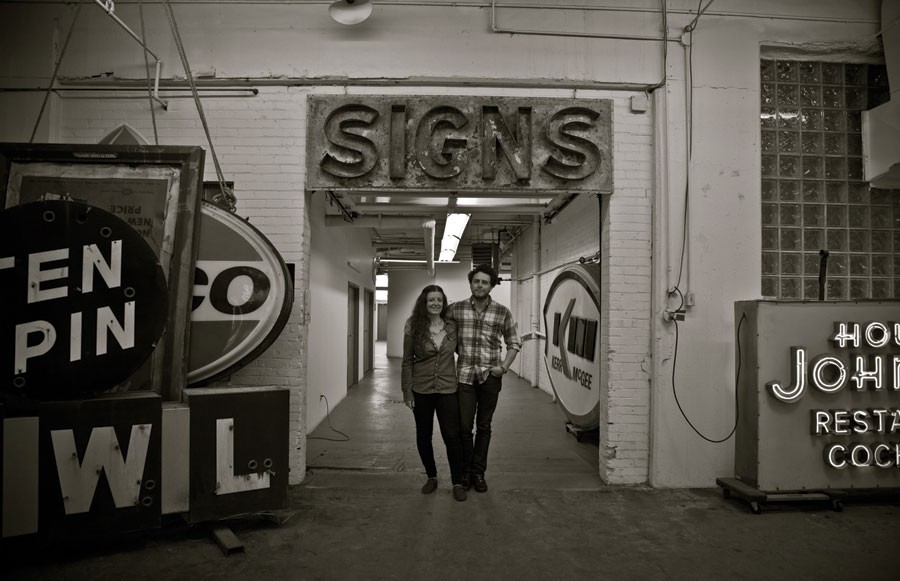 In the late 1990s, filmmaker Faythe Levine was living in Minneapolis when she noticed that a neighborhood she frequented seemed to be dominated by one invisible hand. Again and again, she saw signs on businesses that shared the same lettering or drew colors from the same palette.

One man was behind them: Phil Vandervaart, a painter who'd been working in the city since 1983. When Levine's group of friends, many of whom were artists, began to gather around Vandervaart, she discovered a previously unknown but still-vital subculture. "It opened my eyes to the fact that there was this job that I didn't know existed," Levine says.

A little more than a decade later, those experiences became "Sign Painters," a documentary co-directed with Sam Macon. Virginia Commonwealth University's graphic design department will screen it Nov. 14 as part of its objects and methods lecture series.

"Sign Painters" follows a range of craftspeople, young and old, male and female, working in the sign-painting trade across the United States.

"It shows in great detail this group of people who are kind of balanced on a tightrope between fine art and a skilled trade," says Ross Trimmer, a Richmond-based painter responsible for the signs of such local businesses as Y&H Mercantile, Fan Guitar & Ukulele and Portrait House, in an email. "Sign painters have all the dedication and general obsessive qualities of prolific fine artists, and our work is often fueled more by layout and design than by the copy [we're] passing on."

For decades, these painters were part of a thriving industry that created all of the advertisements that businesses displayed on their storefronts, including sandwich boards, placards announcing hours and show cards highlighting rotating specials.

But in the 1980s, technological advancements led to the rise of mass-produced vinyl signs, driving most such painters out of business. Many people are unaware the trade ever existed.

"Four or five years ago … there was really very little available as far as information or resources," Levine says. "But I knew there were people working."

By then, Levine had one successful documentary about an American subculture under her belt, "Handmade Nation," and many of her friends from the Minneapolis days had opened sign shops of their own across the country. She and Macon began talking with members of this younger generation, eventually branching out to their mentors and other people in the trade.

"We followed our leads editorially and began interviewing as many people as we could as we traveled around the country," Levine says. "We just let the sign painters tell their story." 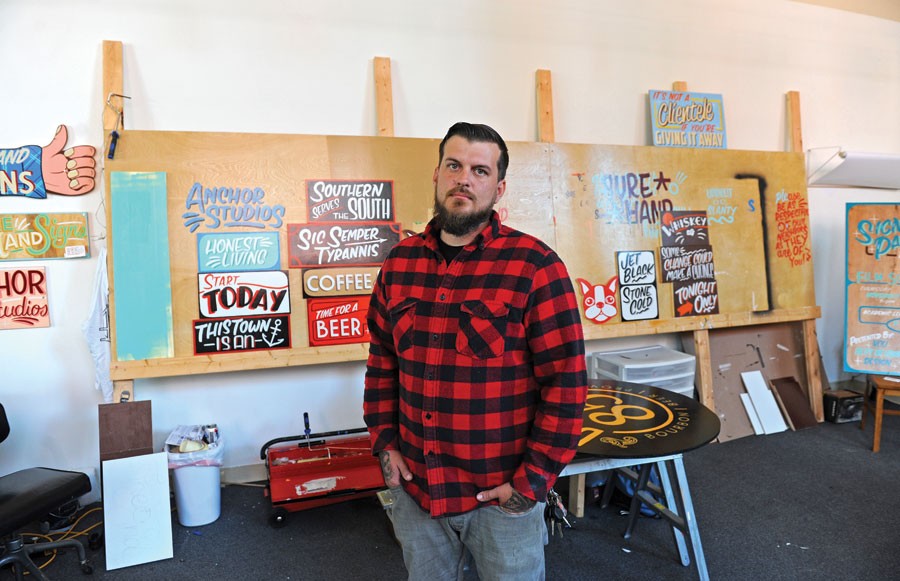 What they found during filming was that sign painting had survived to wildly different degrees in various cities.

"There were two things that we saw," Levine says: "cities that had very established shops that never went away, and then we've seen places like San Francisco, where a lot of work is now being done."

Los Angeles is a notable hub for modern-day sign painting, a situation Levine attributes to the presence of Los Angeles Trade Technical College, home to the last accredited sign-painting program in the country.

In Richmond, Trimmer has seen his business grow steadily during the past few years. "A lot of small businesses want hand-painted signs, as it reflects the DIY aesthetic of Richmond in general," he says. "I think as we see a bigger push from chain stores and restaurants riding the wave of VCU 'redevelopment,' it's only going to grow."

After several years of shooting — and the creation of a companion book, "Sign Painters," published by Princeton Architectural Press in October 2012 — Levine and Macon took the documentary on the road. After an inaugural screening in Washington in March, "Sign Painters" has been shown in more than a dozen American cities, and countries as varied as Australia, Singapore and Turkey.

While Macon and Levine haven't appeared at every screening, Levine will be at the Richmond event to answer questions.

The response has been tremendous, she says.

"The biggest feedback we get from people who are not in the sign industry is that after watching 'Sign Painters,'" she says, "the way that they ingest the landscape as they drive around the city is different."

The interest attests to a growing awareness of the trade, which bodes well for its survival.

"It seems like there's enough people right now who are interested in hand-painting that there's a way to go before sign-painting disappears," Levine says. "It's a really eye-opening film to hear the variety of different people tell their story about sign painting. … It really can represent a larger story for so many other niche industries that have been squelched by technology." S

"Sign Painters" will be shown at Nov. 14 at 7 p.m. at Virginia Commonwealth University's Academic Learning Commons at 1000 Floyd Ave. See arts.vcu.edu for information and learn more about the movie at signpaintermovie.blogspot.com.