What happens next with the Firehouse drama? 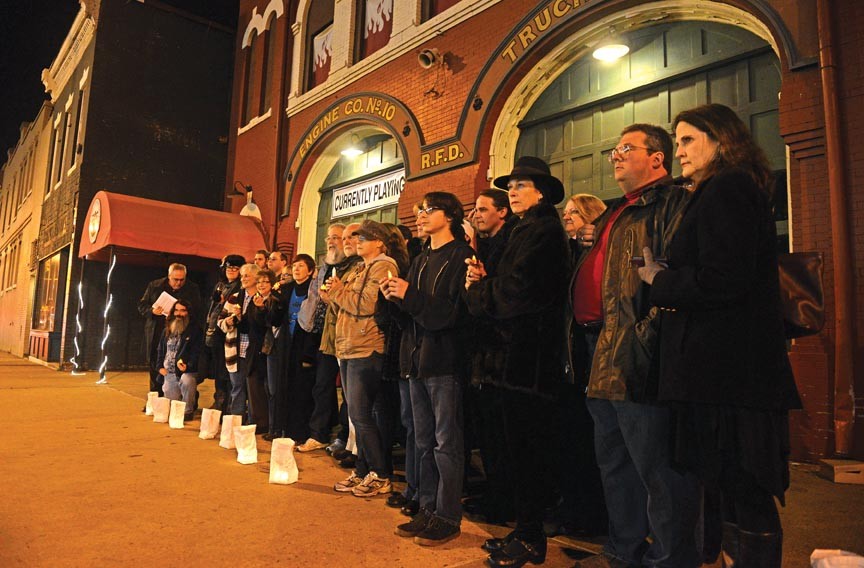 When the brouhaha erupted about the events leading to Carol Piersol’s resignation as artistic director of the Firehouse Theatre Project, Bruce Miller was one of the first local dignitaries who appeared to take a side.

Less than a week after Piersol’s ouster Dec. 12, Virginia Repertory Theatre — where Miller has been artistic director for 38 years — was host to a rally in support of Piersol. But Miller wants it made clear that his reaction to the Firehouse situation isn’t solely because of his respect for Piersol. “Something like this reflects on the entire theater community,” Miller says. “And I think it is very, very important that the community at-large understands that Richmond nonprofits are professionally and responsibly managed.”

Because of the Firehouse imbroglio, the past two months have been full of off-stage drama in the local theater community while artists, administrators and patrons have alternately come together in support and fractured in dispute, much of the action playing out over social media. The hiring of Jase Smith as interim artistic director, in particular, seems to have split the conversation neatly between older, established players, and a younger, aspirational group. Some artists have pledged to boycott the Firehouse while others fear reprisal if they work there.

The next act will play out Feb. 20 at the Firehouse board meeting. A high-profile group has prepared a proposal for the board to consider, hoping to pave the way toward healing. Three members of that group were involved in the recent Firehouse production of “Death of a Salesman”: actors Joe Inscoe and Adrian Rieder and director Rusty Wilson. Longtime patron Dennis Lieberman is the fourth member.

Even before recent events transpired, Rieder had emerged as a forceful advocate for local theater, leading wide-ranging online conversations about what it would take to make Richmond a premiere theater destination. He echoes Miller in his assertion that the Firehouse situation has broader implications and sees the theatrical community’s reaction to it as a strong statement about the kind of theater town Richmond wants to be.

“People making correlations between this and University of Virginia are spot-on,” says Rieder, a veteran actor who’s logged time on “All My Children” and made appearances in “Sex in the City” and “Law and Order.” “This is not just about Carol,” he says. “It’s about a community standing up to board practices that are not accountable.”

Meanwhile, Firehouse’s Smith has been busy preparing the final two shows of the company’s season and seems determined to stay out of the political fray. “Lawyers are involved at this point, so it would not be appropriate for me to comment,” he says. Smith cites a great turnout for auditions for “Any Given Monday” (opening Feb. 14) as proof that it’s business as usual at the theater.

One of the actors set to star in “Monday,” Nicholas Aliff, says he was just as passionate in his response to Piersol’s ouster as many of his compatriots. “I still don’t agree with how it happened,” Aliff says, “but I don’t believe the venue should close.” Talk of blacklisting and boycotts doesn’t bother Aliff, who won a Richmond Theatre Critics Circle award for best supporting actor last season. “I’m going to keep doing what I do,” he concludes.

Effects of the Firehouse situation have rippled through the community. “I would say that [it] has made us acutely aware of the responsibility we have to our patrons and to one another,” says Jan Powell, acting artistic director for Richmond Shakespeare. “The board-staff relationship … has the potential to be either the most rewarding or the most ruinous aspect of theater operations.” While its next production will be “The Tempest” (opening March 7), Richmond Shakespeare recently weathered the resignation of a company founder without incident.

“Firing your artistic or managing director should be a last resort,” says Jacqueline O’Connor, the managing director at Henley Street Theatre. “Explicit hiring and firing procedures should be tied to the company’s bylaws and employee contracts. These are the key to maintaining a mutually supportive relationship with any board.”

Henley Street’s latest production, “Faith Healer,” running through Feb. 23, could be construed as commentary on recent events, with its characters recalling conflicting versions of the same story. The full story of the Firehouse has yet to be written, and as such, the outstanding conflicts still may be resolved. Don’t drop the curtain yet.