In appreciation of a city worker who does his job well. 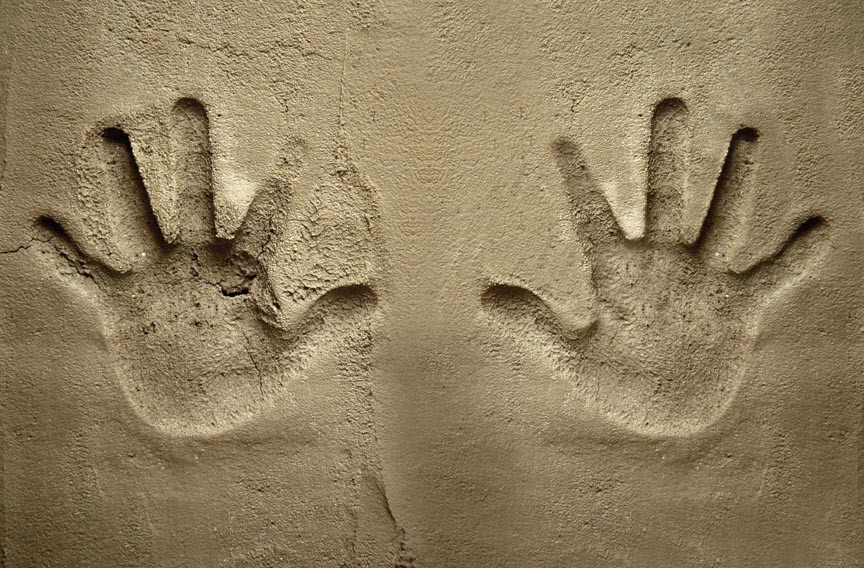 They'd been jackhammering the concrete outside the kitchen door of a corner restaurant all morning, and I got used to that numbing, grating sound. So around midday, when I heard a queerly quiet scraping I thought it might be coming from somewhere in my apartment.

The more I searched for the sound, the more disturbed I grew. It reminded me of the eerie sound a rodent makes gnawing in the walls. Each time I was sure the scraping was coming from the next room or closet, only to find it had moved, like some ghost playing games. I searched my apartment until I was brought to the open window. From there I could see across to the side street, where a man was working on a fresh rectangle of wet concrete, about 6 feet by 9 feet.

One groove bisected the new patch of sidewalk lengthwise, and I watched while the man proceeded to cut the rest of the grid. I was struck first by how he worked alone: focused, silent. He was maybe 6-foot-3, fit, and wearing denim carpenter pants strapped with knee guards and a neon-green, city worker T-shirt.

Soon I understood the tools. There was a two-by-four for marking the lines, a flat metal rectangle with some sort of blade or ridge down its center that he guided along the two-by-four to cut the grooves, and two oblong leveling tools with hand straps that he used to smooth out imperfections and level the surface.

While I watched the man's silent and deliberate movements, the way he carefully graded the edges of each cut with the leveling tool, fanning it out toward the center of the square of new sidewalk in wide circular motions so there were no traces of tool marks, I began to understand things I'd never cared about — for instance, why the grooves are there in the first place.

I watched his body move according to a practiced choreography: squat, reach, lunge, cut, scrape, smooth, reach, rise, hop, squat. Whether he's a man who takes pride in his work or simply knows what's necessary to properly execute a task, the sidewalk appeared slowly and flawlessly.

I was floored that such a thankless job was undertaken with so much care and skill. At one point, when he was on his knees laying out the second cross groove, he answered his cell phone, which was clipped to his waistband. Holding out the phone, he swiped a finger across the screen and put it to his ear. While he talked, he wiped his forehead with his T-shirt. After about 15 seconds, he swiftly returned the phone to its holster and began to cut into the concrete as if the call were another crucial step in his routine.

I thought he must be the type who'd rather work alone and I was right. With a quarter of the work finished, his crew returned with the truck. Suddenly, there also was an electrician's crew and the sidewalk seemed to come alive with pedestrians.

Triggered by these small intrusions, he looked up from his work often. His face showed no sign of emotion, yet he seemed to move with diminished confidence. No less than six workers crowded the new sidewalk. In their commotion, a small piece of plastic tumbled onto the wet concrete, scarring it. I caught my breath; I felt as though I were the man, carefully removing the plastic and smoothing the mark it made.

He looked up and his colleagues nodded at the sky: rain. I watched them cover the new sidewalk with a tarp. The others left, but the man arranged traffic cones and caution tape around the area. After dunking his tools in a five gallon bucket, as he'd done while working, he crossed the street, bucket swinging, orange cone over his shoulder, past the first few parked cars, disappearing behind some trees and then between the buildings on Broad Street. I thought the knee pads might be to blame, but when he returned to that corner some 20 minutes later to eat lunch in the restaurant, in his own gray T-shirt, I saw that he walked with a considerable limp, his body appearing far more constricted than while he worked the concrete.

I remained vigilant, staring down at the tarped length of sidewalk, knowing what people only just approaching it would never know — how the sidewalk and the tarp and the caution tape came to be. How a man performing routine maintenance on a public sidewalk could trigger something primal, the recognition of a rare passion evident in the focus that seemed to take over his body — and its limitations — and keep the world still.

I felt a nagging resentment toward the tarp covering his fine work and everything that had conspired to ruin this man's accomplishment. I guessed that a man as practical as he wouldn't be hung up on such things. And, yet, I wanted him to be. He was a man logical, but also compassionate when necessary. The most respectable man on his crew. Holds the record for never having to be called back to fix his work. There's a wife or girlfriend he loves very much, but in some personal, idiosyncratic way I never could imagine. And I want for them not to have children, yet. And I want him to be a man who did his thinking out on the concrete, working out problems as he cut the sidewalk into manageable squares so that water would properly collect in the grooves, ensuring the surface wouldn't crack as easily and water wouldn't stand in puddles. S

Leia Darwish is a second year master of fine arts candidate in poetry at Virginia Commonwealth University, where she is the lead associate editor of Blackbird, an online journal of literature and the arts.