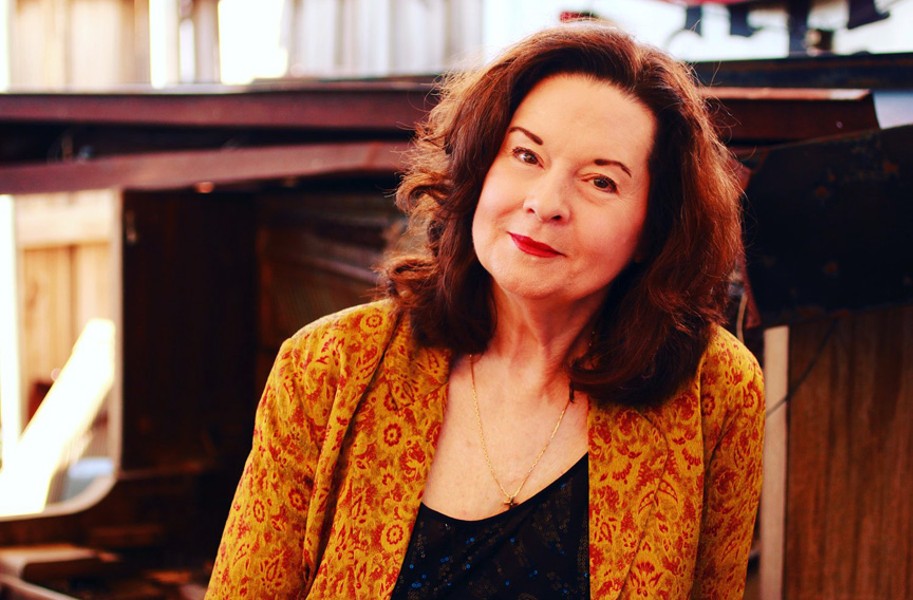 Linda Gail Lewis was born 12 years after her famous brother, so she's fond of saying she was born with music all around her.

The legendary Jerry Lee Lewis taught his baby sister to play "The Tennessee Waltz" on the piano when she was 2. She learned to play chords so she could write songs and would play them while singing at home. When she started her solo career, she resolved to practice and develop the boogie-woogie and rock 'n' roll piano that her brother had demonstrated. But only once.

"I couldn't find a piano player who had the right feel for '50s rock 'n roll," says the woman who'd wanted to be part of her brother's road show since she was 10. "So I bought a piano and jumped right in. I sounded OK and the more I played, the better I sounded. I'm still learning."

After time off to raise a family, Lewis joined her brother onstage but only until his then-wife kicked her off the tour. She was 40 at the time.

"It was challenging, but my mama and daddy always told us we could do anything we want in music," she recalls. "I never really had any doubts. I wasn't trying to be a pop star. I just want to do American roots music. I think the greatest music in the world comes from America."

Because her time in the music business dates back to before the me-too era, she acknowledges it was harder for a woman to get by. "The biggest problem was having men hit on you, especially record company executives back in the '60s. Most of the guys in the bands I've worked with have been great to me and I've learned a lot from them."

Lewis' solo career coincided with the rockabilly revival and it wasn't long before she'd developed a large following in Europe, mainly, she says, because she had better agents there. Extended tours exposed her to other musicians, like Van Morrison. "I met Van at one of my gigs," she recalls. "He came to see me and asked me to make some recordings. After we made them, he decided to release a duets album." Lewis also did an extended tour with Morrison.

For her new album "Wild! Wild! Wild!" her duo partner is the talented, Grammy-nominated singer and songwriter Robbie Fulks and she's not shy about saying how much pleasure working together provided. "I enjoyed my album and one year of touring with Van, but I've had more fun with Robbie Fulks in 15 minutes than I had with Van in a year," she explains. "Van did very little to showcase me, while Robbie is totally committed to helping me."

Lewis had always wanted to have her daughter Annie in her show because of her talent and with Annie came her husband, guitarist Danny B. Harvey, who's also the band leader.

"He introduced me to some great guys — Saul and Bryant from D.C. — and of course Annie is singing and we all sing together. It's so much fun to be on the road with family. It makes everything better."