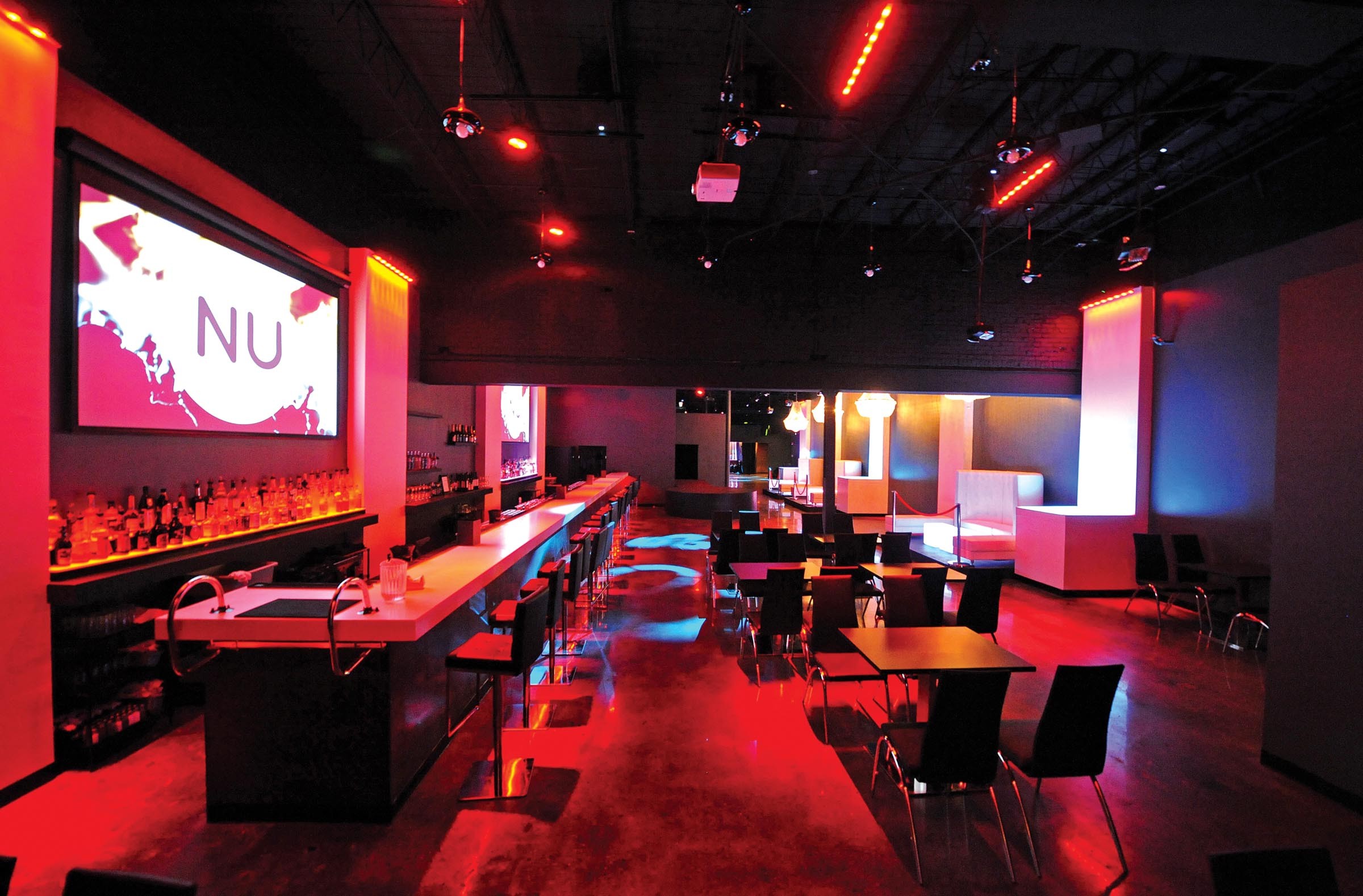 You may have seen the men's underwear company NuWear, whose online retail site is memorably sexy. Now the brand expands in a compatible direction to Nu Nightclub, in the former Nations space at 2729 W. Broad St.

"We took the old venue and gutted it," says co-owner Mike Grider, an art-school trained illustrator who designed the space. "We're all about dance. It's a bit odd that a city our size doesn't have a place like this to go and get your groove on."

At 6,000 square feet, the club is a dazzler. "It's insane — a really modern, chic, ultra-plush venue," Grider says. "I have not seen so highly designed a club in Richmond." It features VIP booths, crystal chandeliers and a 52-foot acrylic bar, all lighted by upscale LED fixtures that provide color.

A tapas menu "that's phenomenal, and at Richmond prices" is culled from NuWear's promotions tours, where Grider and co-owner Edward Upton saw what works in nightclubs up and down the East Coast. They'll bring in guest artists from the international dance-club circuit in the near future, Grider says: "We want to go all out." The club is tentatively set to open Friday, Oct. 26, and will operate 4 p.m.-2 a.m Wednesday through Saturday. 396-2222. nunightclub.com.

She's gone: Chef Carly Herring has left the Shockoe Bottom wine and tapas bar C'est Le Vin after loading up on favorable reviews during her few months there. She's working blocks west at the Berkeley Hotel, which has major changes in store, according to the hotel's food director, Ken Wall. 1200 E. Cary St. 225-5105.

End of the day: Café Diem owner Richard Arthur says his Museum District restaurant's 11-year run peaked about halfway through. "We had a lot of great times," Arthur says, "but this generation wants the chain restaurants. Just look at VCU, every chain is down there now and it is killing us," meaning Mulligan's and other recent closings in the area.

Café Diem got locked out of its quarters last week, leaving local musicians, particularly the DJ Williams Projekt, without their weekly residency and the city with one fewer live music venue. "The economy just caught up with us," Arthur says, saluting those customers who hung in during the lean times. But even their drink choices foretold the ending — instead of premium cocktails and shots, more and more customers were ordering the cheapest beer, he says. The building at 600 N. Sheppard St. is for rent.

Bernstein has hired John Maher as consulting chef. Maher's pop-up restaurant, Spoon, and guest appearances in kitchens around town make him one of the city's most-watched chefs. Their menu, which promises "refined cuisine" with local foods, starts with Rappahannock River littleneck clams in November. Team Eight, a local firm, is overseeing interior décor. Patina is located at 3416 Lauderdale Drive in the Shops at Wellesley.

Graze on Grace: If you wish Broad Appétit weren't always sweltering, you might find Graze on Grace a cooler offshoot. SlowFood RVA and FeedMore are beneficiaries of this event Oct. 28 from noon until 5 p.m. on Grace between Fourth and Seventh streets downtown. Admission is free; food samples from restaurants and local-foods producers are $3 each. Virginia beers from Taste the Local and wines from nearby vineyards will be on hand, along with information about sustainable foods. grazerva.com.