This Week: A Restaurant Week Tune-Up 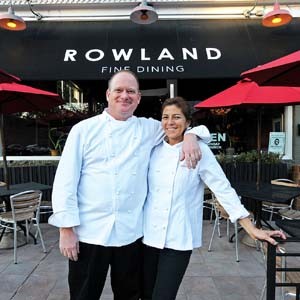 Now that the crowds have cleared out, some two dozen local kitchen crews are breathing a sigh of relief that restaurant week's over. This year's event appears to be the busiest so far, nine years into a successful project that's raised one million meals for those in need.

And yet most Richmonders aren't aware that restaurant week exists, particularly those who live outside the Fan and downtown. For others the event is known as amateur week, something to be avoided at all costs. But for perhaps a thousand or more eager diners, Richmond Restaurant Week is the biggest food event of the year, and an opportunity to check out places otherwise out of reach or off the radar. Their experiences run the gamut — rave vs. gripe, ooh vs. meh. Owners tend to love the boost to the bottom line — a few say they doubled their usual business last week. Servers often say they feel like it's Easter, Valentine's and Mother's Day all rolled into one back-breaking week. Everyone has an opinion, and you can find a lot of it online.

At least 40 other American cities hold their own versions of restaurant week. Can we learn anything from them? Here are thoughts on ways to make the Richmond event stronger as it heads toward its 10th anniversary.

1. Change the week. Most cities choose late August or the end of February for their events, adding some oomph to classically dead restaurant periods. Some go for longer campaigns, but that's more likely in larger cities such as New York, where more than 300 restaurants are involved in a three-week run. Most cities exclude Saturday nights, bowing to owners who want to keep date-night's better margins intact. In Richmond, late October is a strong dining-out period even without the promotion, and some owners don't see the need to add the week's chaos to their fall calendar. This year, many owners say Halloween caused an inefficient overlap too.

2. Add more restaurants in different parts of town. One way to get more participation from diners is to include businesses throughout the metro area. Kansas City lists 96 places; Las Vegas has 75; Chicago pitches 148. Seattle has 100 countywide and accepts any restaurant that can “offer a value-driven, three course dinner for $25.” Perhaps Richmond, which offered 28 participating restaurants this year, should shoot for three or four dozen next time, and build from there. Bloggers ask for more types of cuisine; vegetarians say they rarely get a good value from the menu options.

3. Consider add-ons. Lunch could be the next frontier. Many cities offer restaurant week menus for lunch and dinner. In Washington this year, a three-course lunch was $20.10; dinner was $35.10. Some restaurants create specially priced wine-pairing menus to enhance the food — and the tab. In New York a popular new feature is a restaurant week soup truck, serving soups from participating restaurants in a Twitter-hyped route around town. Some restaurants offer gift certificates and other incentives to get guests to return for follow-up visits. But the best way to ensure this happens is to bang out a memorable menu with gracious service each time. This is an area where Richmond needs work; too many experiences are underwhelming.

4. Reorganize. If the event is to grow and bring in more money, it might need to move beyond its insider roots to a more expansion-minded committee. If lots of restaurants are on a waiting list to join, and others are denied, there should be clear, consistently applied reasons and a more inclusive spirit.

It's commendable that Richmond's event has a charitable connection when many other restaurant weeks do not. Here, a bit less than 10 percent of each meal's price goes to the food bank. In Dallas, it's closer to 20 percent — which yielded a $400,000 check to its charities this year. What Richmond doesn't need is to farm this thing out to a tourism agency, which many cities do, hence the trademarks and business disputes that are bound to erupt, with nothing going to charity.

5. Drop the attitude. Prove the naysayers wrong and make Richmond Restaurant Week an event that newcomers and die-hards alike can support. Embrace the cause, aim for improvement and celebrate the quality of food and philanthropy in this region. Don't let this one week be the only time you think about the food bank, where the situation has been particularly dire this year. Consider giving time, groceries or money — and help those who can only imagine a nice restaurant meal get the nourishment they deserve.

Information about the Central Virginia Food Bank and Meals on Wheels can be found at www.feedmore.org.