This Week: Ripert in Richmond 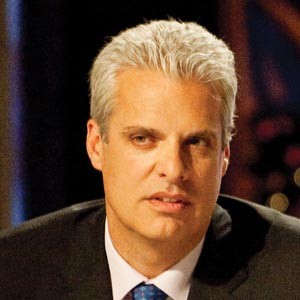 That silver fox Eric Ripert, the French celebrity chef known for his New York restaurant Le Bernardin, tasted his way through the region last week. With a production crew taping his travels for the PBS series “Avec Eric,” Ripert helped harvest soft-shell crabs from a boat in the Chesapeake Bay, ate Surry savories at Edwards Ham, and teamed up with his friend Jimmy Sneed for cooking and dining experiences around town.

The episode is due to air in early fall, and Ripert is also a guest judge on the new season of the television series “Top Chef,” set in Washington.

Bucolic farewell: One of the area's most charming rural experiences, the Saturday market at Brookview Farm, is winding down in Goochland. Sandy and Rossie Fisher, who have blazed the environmental trail of responsible agricultural practices in this market for decades, say they're regretfully closing the market once their remaining inventory is sold. They'll focus on grass-fed, natural beef production instead, giving their wisdom and encouragement to a myriad of providers and purveyors who keep the healthy-foods movement gaining momentum here. See their Web site at brookviewfarm.com for details.

Slow Foods Richmond: Get to Whole Foods in Short Pump on June 25 to sample products, get educated and support the new local chapter of this international movement. For details see slowfoodrva.org.

Urban agriculture workshop: Tricycle Gardens amps up the calendar with tools for healthier eating. Learn about community gardens, seed saving and the new farm stand at Ninth and Bainbridge in Manchester by visiting tricyclegardens.org.

Closed: Tandoori Tikka & Kebab, an Indian restaurant in the Shoppes at Bellgrade, has closed after a short run in Midlothian. Also on the for-sale block is long-running Ashland barbecue landmark, the Smokey Pig, which may close later this year.