What will it take for Richmond to break the cycle of cynicism and negativity? 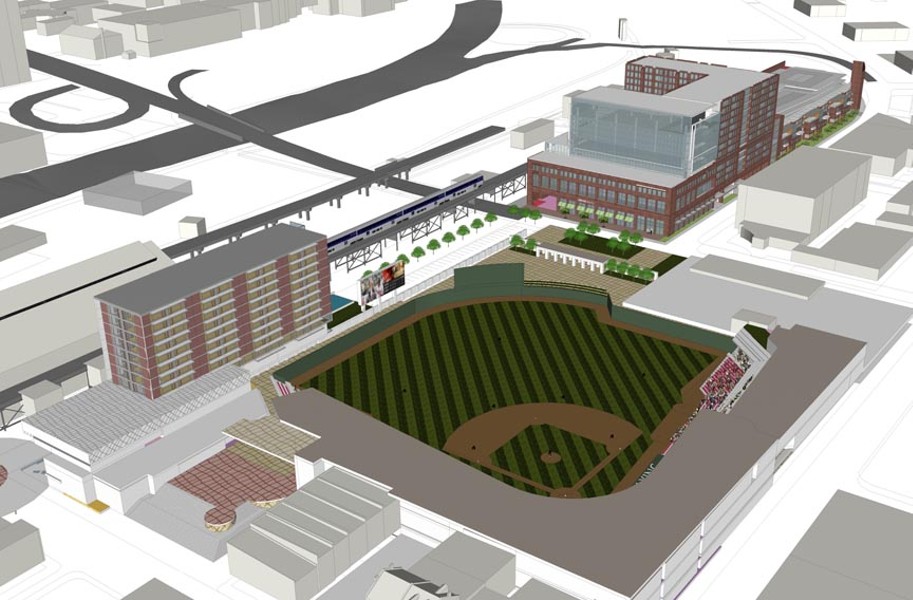 Why does Richmond have a reputation for not being able to get things done? Why is it that we can't seem to make the strides that other cities are making? What will it take for us to break the cycle of cynicism and negativity? What will it take to jolt us out of our complacent past?

Leadership, collaboration and respect would be a good place to start. So would recognition that we indeed are capable of doing great things.

The city has demonstrated a newfound capacity to get things done in recent years. The change to an elected rather than appointed mayor has provided much needed leadership. Notable examples include the construction of new schools, a new jail and a revitalized riverfront. We've achieved bond rating upgrades and finally are seeing our population grow again, especially downtown. We've created the Richmond Folk Festival, the Bon Secours Redskins Park and soon will host the 2015 UCI Road World Championships. Things are looking up.

But we keep battling each other, often looking for the worst rather than the best. The Shockoe controversy — which ground to a summer halt last week with City Council's last meeting until September — has set a new standard for charges and countercharges.

A prolific opponent of the Revitalize RVA plan, featured on CBS-6's website, has accused the mayor and his supporters of illegal activities, race-baiting, robbing poor kids, cronyism, stacking the deck, sweetheart arrangements, corruption, misleading the public, secret backroom deals, and a rush to judgment. That's pretty strong stuff. The problem is, it's utter nonsense. How do such untruths contribute to the debate?

That political activist, Paul Goldman, has alleged that there will be $700 million in no-bid contracts, with $300 million guaranteed to those with political connections in City Hall, including friends, cronies and political allies, all on an $80 million project. These allegations are patently false. Does anyone really think that council appointees to the Economic Development Authority would violate state procurement laws and risk going to jail in order to pay someone off? Really? Does he think we are all gullible fools, unable to think for ourselves?

Goldman even has decried the 40-percent minority participation goals and the 20-percent minority ownership goals on the private development component as an illegal, secret, no-bid scheme. We should be applauding the private sector's willingness to form partnerships across racial lines, not blasting the mayor for his insistence on inclusive economic development.

Yes, the proponents have crossed the line too, with overzealous canvassers and by questioning the motives and tactics of a suburban politician and developer.

And the administration has done itself no favors by taking so long to complete the complex transaction. There have been numerous changes to the plan, including the configuration of buildings, the positioning of the ballpark footprint, and the mix of office, retail and residential uses. In reality, this is the norm in large projects, as developers respond to feedback and enhance architectural plans.

Changes have been made to the financial structure of the deal as well, prompting concerns. The changes, though, have improved the transaction. For example, one change involves leasing land from the Loving family rather than purchasing it, so that it reduces federal tax consequences for the family, thus reducing the cost to the project. That is actually smart financial planning for both sides of the transaction.

So, putting all of that back and forth aside, where are we now?

There have been more than 40 meetings since the mayor unveiled his vision for a downtown ballpark, heritage site and Boulevard shopping district. His team has successfully negotiated with numerous landowners, private developers, plus leaders of the Flying Squirrels and Virginia Commonwealth University. The business community is solidly behind the plan. So is the chairwoman of the Slave Trail Commission, as well as virtually every black political leader in Richmond.

The mayor has presented more than 100 pages of legal documents, including leases, contracts, development agreements and financing plans. And several weeks ago he presented a detailed cultural resources review conducted by a team of noted archaeologists. The phase-one historical review exceeds federal preservation act requirements and establishes a process for uncovering the history of Shockoe Bottom. Unfortunately, if the project is killed, the archaeological investigation will never take place, as the site will remain in private ownership.

The heritage site cannot be developed successfully without the larger project. Research has demonstrated that isolated history sites often struggle. Do you remember Valentine Riverside? Private fundraising and long-term sustainability depend on a comprehensive approach to enhancing the attractiveness of Shockoe Bottom.

The deal is on the table for all to
see. There are no secrets. Everything is transparent.

The results are obvious to those not blinded by misguided passion — a 60-acre Boulevard site dedicated to intense development producing lots of tax revenue, a revitalized Shockoe Bottom, long bypassed because of flood plain issues, and the realization, finally, of an appropriate memorial to African-American heritage. No alternative can match the benefits of the plan nor provide the long-term impact for our city.

I hope that when City Council returns to the table in September, its members won't kill the deal because of frustration over the process of crafting such a complex and far-reaching redevelopment project, or because of the outrageous allegations of opponents. Let's focus on the benefits and costs of the project, not just the process and the politics. Let's have a civil, mature conversation about the future of our city, especially those areas that have been neglected for so long. This is the time to get this project over the finish line and demonstrate that Richmond now is a can-do city that can accomplish great things. S

John Bates is the general counsel of Venture Richmond, a key booster of the Shockoe Bottom plan. He is a retired partner at McGuireWoods and has been heavily involved in downtown development throughout his career. In 2002 he was Style's Richmonder of the Year.