But in Richmond, an upset victory in the Democratic primaries will shake things up at the Richmond City Justice Center.

A former deputy with the Henrico County Sheriff’s Office, Irving grew up in Creighton Court and graduated from Armstrong-Kennedy High School. She has a degree in criminal justice and a master of science in administration.

This was her third challenge of Woody, who has been in charge of the jail since 2006. Woody oversaw the transition to the new jail in 2014, and the implementation of the number of rehabilitative programs for inmates. He is popular among many former residents of the jail and has advocated for alternatives to jail for people with mental health and addiction issues.

But Woody has been plagued by investigations into jail deaths and lawsuits, as well as accusations of too-friendly relations with Immigration and Customs Enforcement officers. Immigrant advocacy organization ICE out of RVA protested Woody's policies last week. 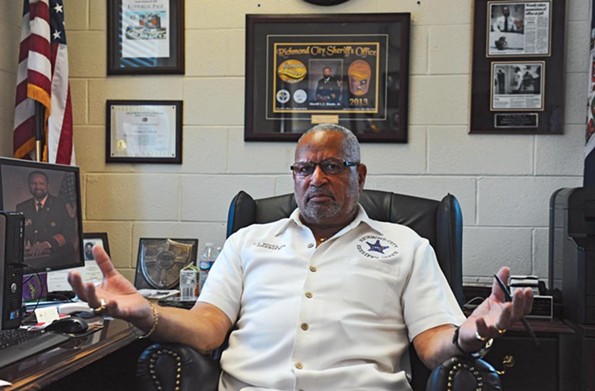 Kenneth Foster, a retired Richmond police detective, has filed to run against Irving in the general election. Woody cannot run as an independent, as the filing deadline was yesterday.

The general election will be Nov. 7.