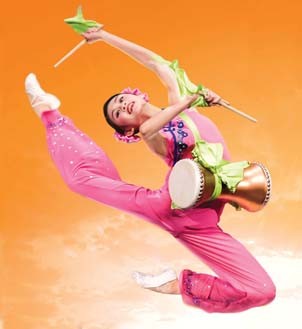 You've probably seen its postcards and promoters around town for the past month. But the classical Chinese dance and music troupe Shen Yun Performing Arts abruptly has canceled the Richmond stop on its tour, which was scheduled for May 5 at CenterStage.

A local organizer for the company, Tong Wang, has released a statement attributing the cancellation "to circumstances that will impact the artistic presentation."

Shen Yun is a New York-based company of expatriate Chinese performers with a mission of "reviving 5,000 years of civilization." Founded in 2006, the company is deeply intertwined with the Falun Gong, also called Falun Dafa, a religious sect founded by Li Hongzhi in 1993. The sect was first brutally suppressed and then banned from China in 1999 by the Communist Party. Shen Yun's Richmond performance was to be presented by the Falun Dafa Association of Washington.

Along with the "heavenly music … breathtaking dances … enchanting landscapes … and timeless legends" promised by Shen Yun's publicity material, national reviews describe the inclusion of stories, and even proselytizing, about Falun Gong's suffering at the hands of the Communist Chinese state. But this sect has generated a healthy amount of controversy on its own. Writing in The New York Times in 2000, reporter Craig Smith noted that "aspects of the movement, or cult, suggest that the group's followers are misled and its leader deluded, or even a fraud."

Falun Gong's founder, Li Hongzui, holds many controversial views, having said for example that homosexuals possess "a filthy, deviant state of mind that lacks rationality," that children of interracial marriages are "physically and intellectually incomplete," and that space aliens are using science to mislead and eventually take over humanity.

But Richmonders will miss out on a chance to find out what Shen Yun Performing Arts is all about. "This was not a CenterStage Foundation production, so we don't really know anything about [the cancellation]," CenterStage spokesman Jay Smith says. The next closest Shen Yun performances are scheduled for May 8-9 in Philadelphia.