A popular Richmond festival is making a move – so of course there’s an angry Facebook protest. 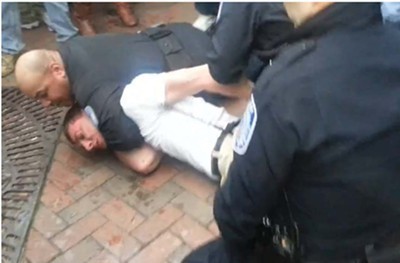 Stereotyping the Irish as heavy drinkers and hardscrabble fighters is nothing new. And that's how some critics saw Shamrock the Block, an 11-year-old St. Patrick’s Day outdoor festival.

Now a change to the event has triggered a more nuanced approximation of Irish behavior: conflict over location and tradition.

The festival, created by Three One One Productions in 2003 to promote Shockoe Bottom (of which Style Weekly is one of the media partners), announced yesterday it will be moving the festival to Boulevard.

“Our intent was to continue to stay in Shockoe Bottom,” Murphy says. “This particular event has outgrown the space.” Murphy says a viral video featuring Richmond police officers beating festival goers didn’t affect the decision, but that the fallout from the incident highlighted some of the safety concerns inherent in nearly 30,000 people cramming into a few blocks to party.

The announcement has excited some, and alarmed traditionalists to the point of suggesting their own event. A Facebook group with 1,600 likes declares: “Think you’re moving Shamrock? Think again.”

Nearly 500 people have said they'd attend an event titled “Shamrock the Bottom” on a separate Facebook page. Murphy says he understands that people want to cling to tradition, “but the reality of life is evolution happens.”

After the dueling events, the 29th Church Hill Irish Festival is scheduled to take place March 22-23. Volunteer Organizer Stokes McCune was diplomatic when highlighting the differences between the festival and Shamrock the Block.

“Ours is more of a heritage event,” McCune says.