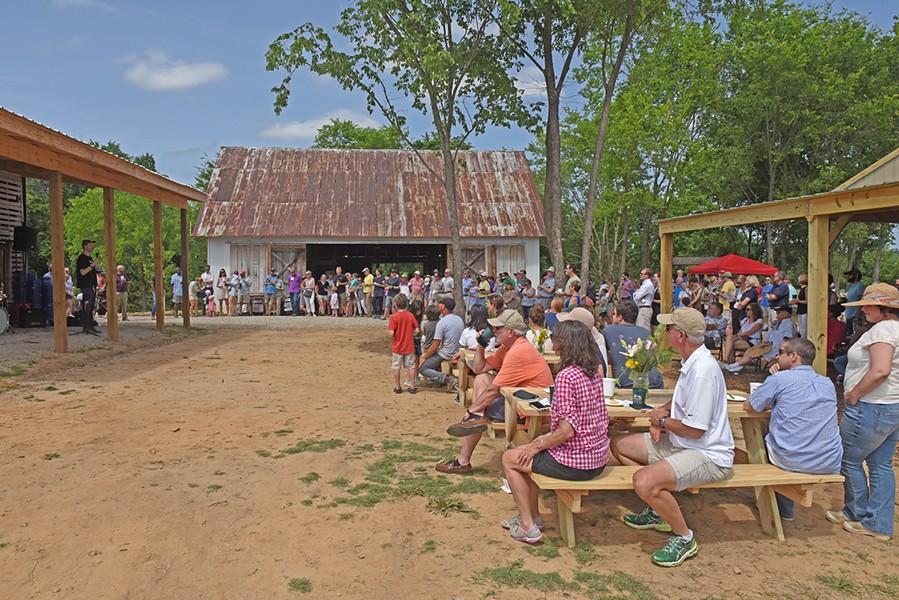 Twenty minutes outside the city near Route 288, a modern agricultural oasis has materialized.

Shalom Farms celebrated the grand opening of its 15-acre Powhatan County farm Saturday, which the organization hopes will triple its production of organic produce for Richmond-area programming.

“I was worried that nobody was going to show up,” director Dominic Barrett told the crowd of more than 200 people.

The nonprofit signed a 10-year lease on the land and has been making upgrades for the last year. “A year ago I would be in serious danger that this barn was about to fall over,” Barrett said, standing under a portico with neatly hung rakes and hoes behind him.

“Some days, our work feels very simple. It’s a matter of growing food and getting it to people who deserve it and helping them share it,” Barrett said. “And other days, our work feels very difficult and very complicated because we know so many in Richmond are living in isolated poverty, experiencing structural racism on a daily basis, struggling to figure out how to navigate the food system.”

A campaign to move the farm from its original Goochland County spread raised $600,000. The move was about more space, Barrett says, more infrastructure and location. “For an organization that’s about access and equity,” he said, “we needed to be closer to the city.”

The group hopes to produce a million servings of fruits and vegetables within the next five years. Right now, 8 acres of the farm is in use.

Miles estimates that he spends 60-70 hours a week on the farm, as he did at the Goochland County location. He concedes that his sweat, blood and tears probably have helped fertilize the soil.

“But it’s such a nice piece of land,” he says. “When we came in, we knew right away, it’s going to be easy to grow here.”

The land had been farmed conventionally for many years -- corn, wheat and soybeans -- but soil depletion and the detrimental effects of chemicals weren’t as bad as Miles thought they might be at first.

Doug Pick, the director of FeedMore, marveled at the farm’s tomato plants, which were already sprouting waxy green bulbs. “I’ve tried for three years, and last year I had five tomato plants,” he said of his own growing attempts. “They grew 7 feet tall and not a single tomato.”

FeedMore buys Shalom Farms’ produce, which Pick calls “superb.” He’s worked to increase his food bank’s percentage of produce form about 10 to 25 percent via the partnership. The goal is 40.

Shalom counts among its programs a pop-up market in a truck that brings produce to a dozen Richmond neighborhoods, cooking classes focusing on diet and health, and a corner store initiative to bring produce to convenience-style stores.

Barrett also reports that Shalom has signed a lease on 5 acres of land on Brook Road, which will become Richmond’s largest urban farm when the planting begins this time next year.

But for now, Shalom has no problem getting people this far outside the city.

Martin is here to support Barrett, whom the Valentine awarded its Richmond History Maker award for social justice in 2012. Asked if he has a green thumb, Martin assures everyone that he is not a farmer: “I just eat.” 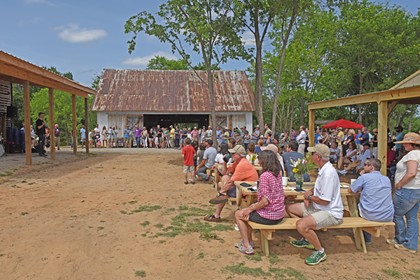 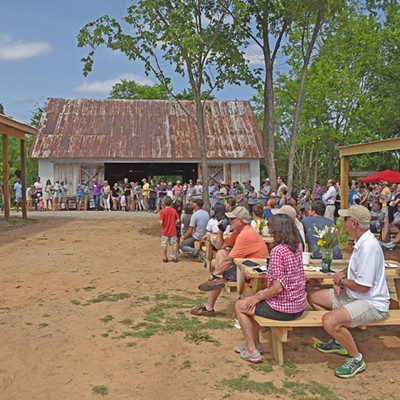 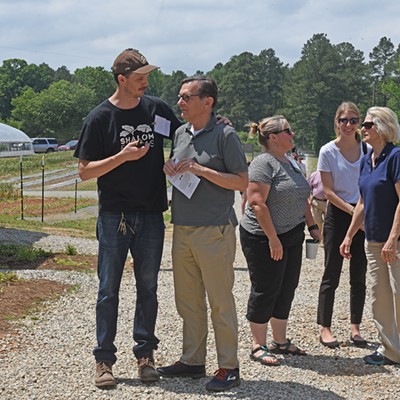 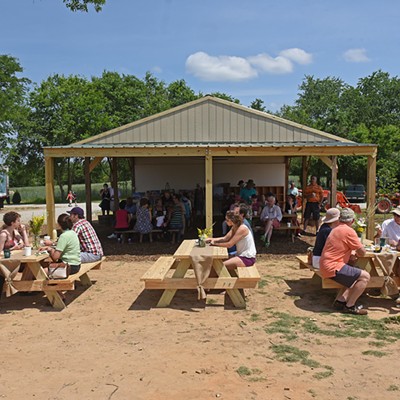 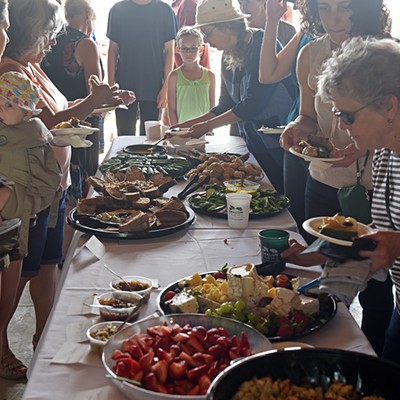 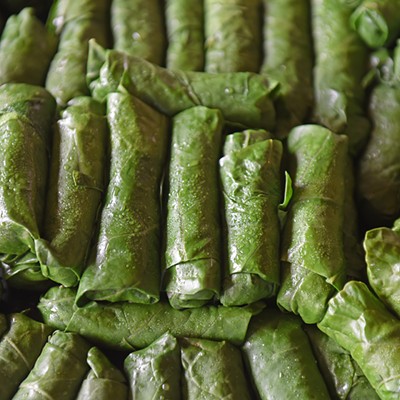 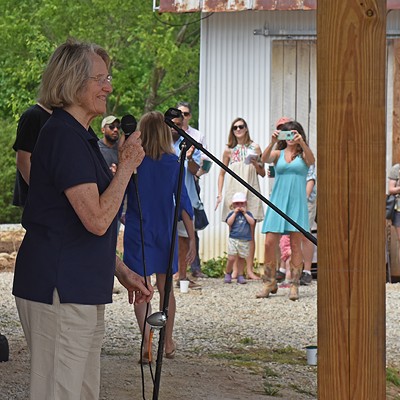 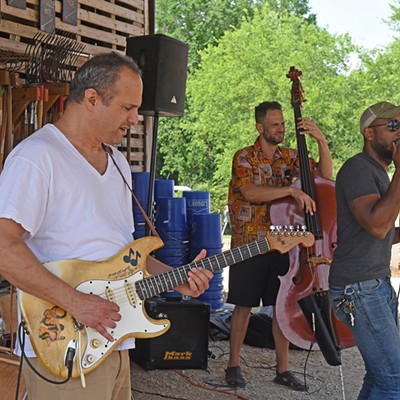 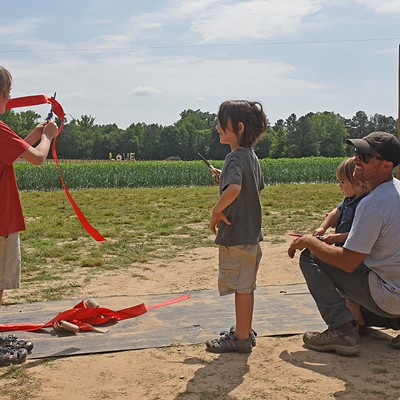 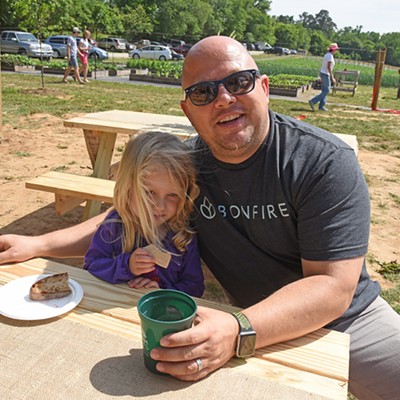