It's Official: VCU coach to remain in Richmond. 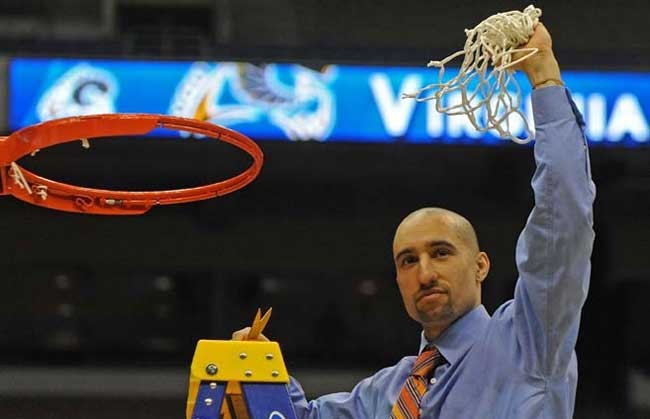 After reports circualted this afternoon that Shaka Smart turned down the head coaching job at Illinois, Virginia Commonwealth University has confirmed the decision.

Shaka is remaining at VCU. Here's the official press release:

“Coach Smart recognizes -- as do the rest of the university community, alumni and fans -- that VCU is the place to be right now,” said VCU President Michael Rao. “He continues to demonstrate his commitment to VCU and its pursuit of excellence athletically and academically.

“Under his leadership, the success of the VCU basketball program and our scholar athletes raises the bar for national research universities and intercollegiate athletics,” Rao said.

Smart said he is not pursuing any coaching offers.

“I am very grateful for the support and belief in the coaching staff and basketball program that comes from the very top of our university’s leadership -- President Rao, Athletic Director Norwood Teague and the VCU Board of Visitors – as well as our phenomenal fans,” Smart said. “There are great things to accomplish at VCU and I’m looking forward to building on the successes of our program and university.”

After VCU’s historic run to the Final Four in 2011, this season Smart and his staff led one of the youngest teams in the country to a school record 29 wins and the 2012 Colonial Athletic Association Championship. Backing the Rams all year long was a fan base that packed the Verizon Wireless Arena at the Stuart C. Siegel Center for every game, making VCU one of only five NCAA teams to sell out every home game this season.

Smart has led the Black and Gold to 84 wins, the second most in the first three years of any head coach in NCAA history. He has led the Rams to two NCAA Tournaments and has helped bolster VCU’s national reputation with a total of 57 games being televised over the past two seasons.

Teague said that Smart has agreed in principle to some changes in his current contract, the details of which are being finalized.

“The agreement reflects Coach Smart’s continued focus on his players, coaches, the men’s basketball program and its contributions to a great university,” Teague said.