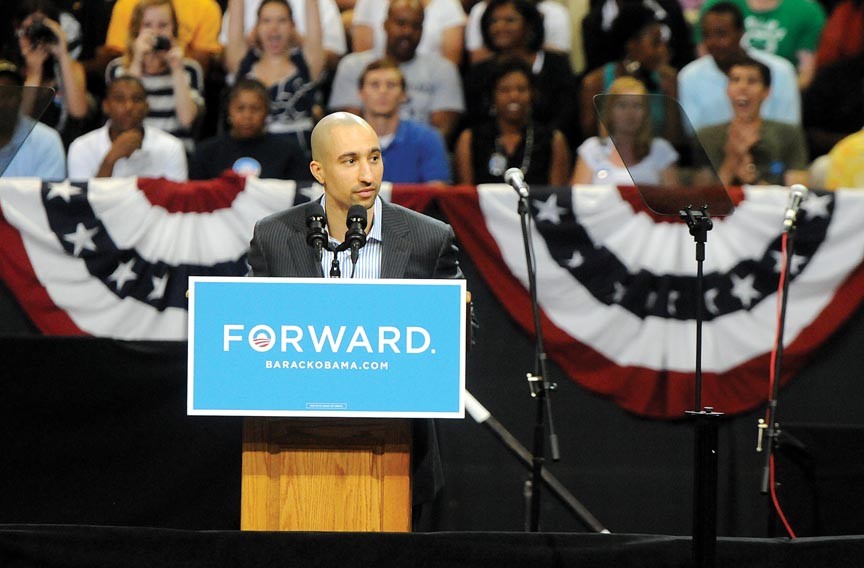 The wildly popular coach of the men's basketball team at Virginia Commonwealth University made no bones about his political leanings when he served as host of the president's campaign rally at the Siegel Center on Saturday.

The media flurry of the gig came like most of Smart's other high-profile appearances: the Final Four, appearing on the ESPYs or working as a studio analyst for CBS during the NCAA tournament.

But this was a first for Richmond, seeing Smart step boldly into the political spotlight.

"I support President Obama because he is what a leader should be," Smart told some 8,000 Obama supporters in his home arena. "We are here today because we want to see America continue to move forward. And that is why all of us must do our part to help President Obama get re-elected."

How did Smart's endorsement play out with the public university's policies?

According to VCU's Integrity and Compliance Handbook, university employees may engage in political activities as long as they comport with state law, don't interfere with their jobs and don't take place during work hours.

University spokeswoman Anne Buckley says Smart wasn't participating in the campaign rally in his capacity as coach, even though both former Gov. Tim Kaine, who's running for U.S. Senate, and Obama referred to him as "Coach Smart."

"He's doing it as a private citizen," says Buckley, who also attended the rally — but not as an employee of VCU. "He's not doing it as a representative of VCU."

The employee handbook also says that employees are prohibited from using university "equipment, supplies or services" while engaging in political activities. But VCU's athletic department sent out a news release Thursday, announcing that Smart would be host of the re-election rally.

Pamela Lepley, executive director of university relations, says that news release was fulfilling a duty to cover news at VCU. "Sending out news that the coach is going to participate in a visit by the president of the United States falls into that category," Lepley writes in an email to Style Weekly.

As for whether it's appropriate for the men's basketball coach to take such a public political stance, after the rally Smart chocks it up to healthy, political discourse. "Everybody is entitled to their opinion," he says.