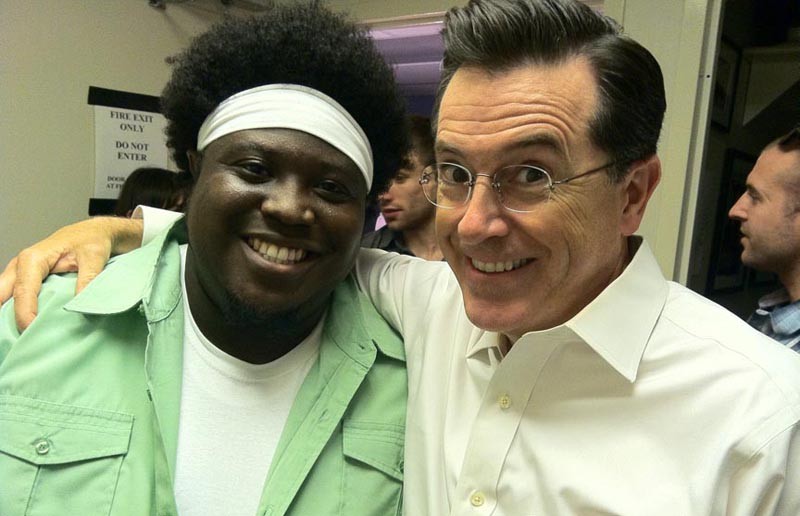 In the closing minutes of Comedy Central's "The Colbert Report," during the last third of Bon Iver's performance of "Calgary," Reggie Pace has his moment. Or at least his hands do. He's in close-up and high-definition, tapping out a sixteenth-note rhythm on a miniature triangle. The brief break seems wildly constrained for the ebullient Richmond trombonist, one of whose signature solos was characterized in The New York Times as "a concerto's worth of talky improvising." Nevertheless, he nails it.

Commitment to the moment is one of Pace's strengths, and an asset that's made him one of the players that defines the Richmond creative music scene. Bassist Cameron Ralston, who plays with the trombonist in Fight the Big Bull and Glows in the Dark, calls Pace "a force ... one of the strongest, and at the same time, most individualistic musicians ... the kind of player that challenges you to step up and reach for that next level every time you play."

Drummer Brian Jones, who enlisted Pace for his adventurous rescoring of Tom and Jerry cartoons, calls him "a very talented, charismatic player with the rare ability to tell a story with every solo." Former No BS Brass Band trumpet player Mark Ingraham sums it up: "Richmond is proud of him."

Pace's self-effacing summation of his approach is this: "Make friends. Put yourself in a position where you get invited to play. Then try not to suck that day."

He met Bon Iver frontman Justin Vernon when they performed a duet as part of Duke University's Sounds of the South series last year. Fight the Big Bull and the group Megafaun were commissioned to do reinterpretations of ethnomusicologist Alan Lomax's field recordings of Southern rural folk music; Vernon was one of the singers.

"We were there for a week, rehearsing," Pace says, "and we played three shows three nights in a row. We became friends. Then he called me a month or two later and asked if I wanted to be in the band. I said, 'Hell yeah.'"

The just-released, self-titled "Bon Iver" — an approximation of "bon hiver," French for "good winter" — marshals an eclectic group of multi-instrumentalists providing an organic, layered sonic landscape for Vernon's folk-tinged falsetto delivery of evocative, elliptical lyrics.  The large ensemble is a major expansion from his breakthrough debut, the hauntingly spare "For Emma, Forever Ago," which was recorded mostly solo during four months isolated in a Wisconsin cabin. "Everybody in the ensemble ... played on the last album except for me," Pace says. "I was just added, covering the parts that were difficult to do live." That means a bit of trombone, cornet, harmony vocals and a lot of percussion. Bon Iver, with Pace, will stop in Richmond this week for a show at the National.

The group's back-to-back television appearances in June provided a whirlwind introduction for Pace. "Everything moves super fast," he says. "There is a sound check and you wait around, you go and play the song for three minutes and then it's over." He describes Colbert as a genius, combining a complete mastery of scripted detail of the show with a candid, improvisatory approach for the interview with Vernon, and a "super-nice" demeanor backstage. On "Late Night," they just played in the closing minutes, but he describes Jimmy Fallon as "super, super warm." And Pace's perspective on the upcoming tour is upbeat: "As of right now I think it is going to be the best thing ever."

While traveling with Bon Iver, he's staying connected to the tight-knit Richmond scene. He posts updates and backstage photos on Facebook and plans to schedule the No BS Brass Band and other local gigs around Bon Iver's several-weeks-on, several-weeks-off schedule. "I have tons of RVA pride — RVA, all day" Pace says. "Matt White calls me the first missionary for the Richmond scene. I'm so glad that this group of musicians all decided to stay in town and make art, and I can't wait till we all go on the road together." S

Bon Iver, with opening band the Rosebuds, will perform at the National on Saturday, July 30, at 9 p.m. For information, go to nationalva.com.