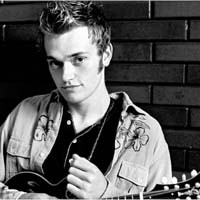 Speaking of musical fertilizer mixes, the indie rock trio from L.A. manages to cobble together some influence for their sound, which seems to have a pretty firm base in folk but gives up long, soft moments sounding strangely like Fleetwood Mac, or bouncy surf rock, or maybe some punk acoustic strumming through gritted teeth. It's all pretty gentle, pretty cheery stuff, making anticipating the next influence something like a hobby. Million/Billion opens for The Hanks Friday, Oct. 20, with Eleven:54 and August, 5-9 p.m. $7. And stick around for the induced trance state that is Lake Trout, 10 p.m.-2 a.m. $10-$12. 643-2816.

The Slackers at Alley Katz

You may just want to pitch a tent in Walnut Alley this week on account of the shows. Here's one more: Those fat cats of the New York ska scene, The Slackers, are coming around for a night of reggae and rock. These guys fall more on the barbershop quartet end of the ska spectrum than the punk end, big on melody and a playful organ sound. With the very, very brassy foundation that makes white kids with glasses dance better than they ever thought possible. They play Sunday, Oct. 22, 6-10 p.m. $10-$12. 643-2816.

"Progressive bluegrass" sounds almost as bad as "adult contemporary" (which is played in hell's elevators), and Thile was branded thusly when he and his pals formed Nickel Creek. Really it just means you can cover Radiohead very well with a mandolin. But Nickel Creek's on a bit of a break now (the pressures of being "progressive bluegrass" maybe), and mandolinero Thile has struck out on his own, recording a couple of albums and playing anything that carries a tune. The award-winning mandolin skills are still his signature, though, and he'll do just that, progressively, at Lewis Ginter's final Groovin' show Friday, Oct. 20, at about 5:30 p.m. $15-$20. 262-9887. S