Amid a contentious push for a new jail, Richmond shows its ability to embrace public debate.

Under the scorching scrutiny of a late July sun, Richmond was on the verge of defining itself again. There was Mayor Dwight Jones, two and a half years into his first term, gripping the bully pulpit with both hands, taking firm command of City Hall. A typically pliant City Council pushed back. In the dead of summer when the city's traditionally in political hibernation, council chambers rocked last Thursday night with debate, denunciations and sermons.

The heat pushed Richmond to the brink. Yes, the city is getting a new city jail — but it's about more than that. During a critical two weeks, Richmonders finally saw their relatively new form of government working as intended, spurring contentious, public discussion about something more than a ballpark or a downtown arts center. For one night, it seemed that everyone — from the mayor to a lost constituency at the jail — mattered.

Moments after Richmond Sheriff C.T. Woody implored members to approve the construction of his shiny, new $116.6 million jail, a homeless man just days out of the old, broken-down lockup commanded the attention of the mayor, nine council members, dozens of sheriff's deputies and countless city officials earning $100,000-plus salaries.

"On the real side, I just came home from jail Monday," said Kelvin Cook, a rail-thin, leathery 50-year-old with bloodshot eyes. "Do the right thing: Give us jobs, man."

The momentum swung from the outrageous to the eloquent: A man dressed in pinstripes carrying a plastic ball and chain as a prop, breaking into tears. From his wheelchair, Donnie "Dirtwoman" Corker lambasting Council President Kathy Graziano. The impassioned oratory of Alonzo Pruitt, chief of chaplains at the jail.

"That a place such as a Richmond City Jail still exists in its current condition is a cancer upon the soul of our city," Pruitt implored in the parlance of a poet. "To ignore the suffering inflicted upon the residents of the jail, over 50 percent of whom must be presumed innocent until proven guilty, and upon the staff who are guilty of nothing more than a commitment to public safety and to feed their families, is like seeing a house on fire — your house on fire."

After three hours of discussion and public comments, City Council approved plans for the jail by a 7-2 vote — Councilmen Marty Jewell and Bruce Tyler dissenting. 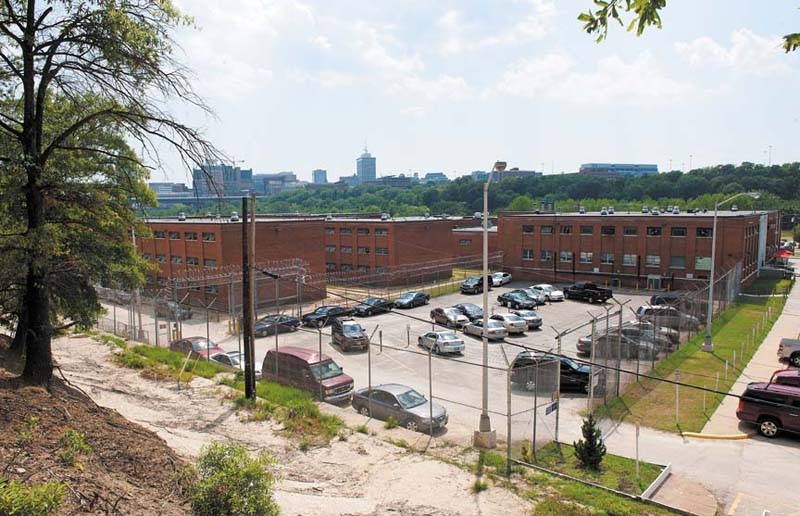 But the matter is hardly over. On Friday state corrections officials informed Style Weekly that the project must come back to the Virginia Board of Corrections for approval, which could hold up the city's aggressive schedule: Construction is set to begin in December with the facility opening in January 2014.

It was yet another pivotal misstep that the Jones administration made in the procurement process, which seemed to vindicate Jewell and Tyler, who both called on council to delay the vote Thursday to gather more information.

Unlike any time in Jones' first term as mayor, the last six weeks illuminated much about the state of City Hall. Just as Jones begins to assert himself, his administration bumbles through the process. And just as City Council begins to fulfill its role as legislative counterweight to the mayor, it slips back into the carnival tent.

Why does the jail matter? First, the economics. It's the single-biggest public works project the city has undertaken in decades. Budgeted at $134.6 million, it has the potential to provide a major economic boost to the construction industry. It means jobs — more than 400 during a span of two years. For Jones, it fulfills key campaign promises — bringing jobs to the city through economic development.

But it's still a jail, limited in economic impact. That's why its location was such an important issue. One of the losing bidders, City Central LLC, had proposed building the jail for the same price as Tompkins Builders and S.B. Ballard Construction, the team selected by Jones, on a much larger 60-acre site off Commerce Road and Ingram Avenue on the city's South Side.

The larger site allowed for retail shops, a work-force training center and other development, and proposed job creation was double that of the Tompkins/Ballard proposal. In a report submitted by City Central in July 2010, the South Side jail was projected to generate $112 million in economic impact, creating 807 new jobs. The adjacent retail center would generate another $15 million in annual economic impact and another 150 jobs, the report estimated.

Politically, however, the South Side jail was a much tougher sell. While the city initially accepted the unsolicited proposal in February 2010, the neighboring communities around the site protested — loudly. Louise McQueen, secretary of the nearby Bellemeade Civic Association, began canvassing the neighborhoods near the proposed jail, gathering more than 1,000 signatures on a petition opposing the plan. 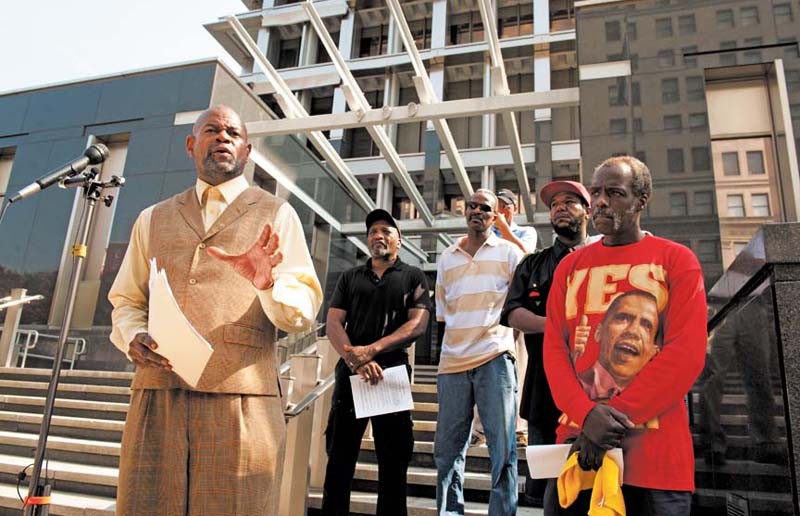 The economic argument — that the South Side jail would generate more jobs and tax revenues for the city than the other proposals — did little to sway the nearby residents.

"No matter what they proposed, if they had a jail attached to it, we were not interested," McQueen told Style in June. "If they put a gold mine around it, we still wouldn't."

Ultimately, Jones took the politically safer route. In July 2010 he announced his preference that the new jail remain on the existing 6-acre site off Fairfield Way in the East End. The site was smaller, but the community there had lived with the jail's presence for half a century. It was built in the 1960s.

Another reason the mayor wanted the jail to remain at the existing site was that it already had attained approval from the Virginia Board of Corrections, he told City Council members during a lunch meeting on July 19, 2010. In order to receive as much as 25 percent of the cost from the state, the city had submitted its plans to renovate the old jail and erect a new building on the site, and in October 2009 the state Corrections Board had certified the project. The General Assembly approved in 2010, making the city eligible for state funds.

"The existing approval that we secured includes potential costs reimbursements by the State should funding be available, and we do not want to jeopardize our approval or extend the schedule to obtain another approval for an alternate location," Jones told council members in July 2010, according to minutes from the meeting.