The owner of Bloom Matchmaking dating service shares what she has learned in time for Valentine’s Day. 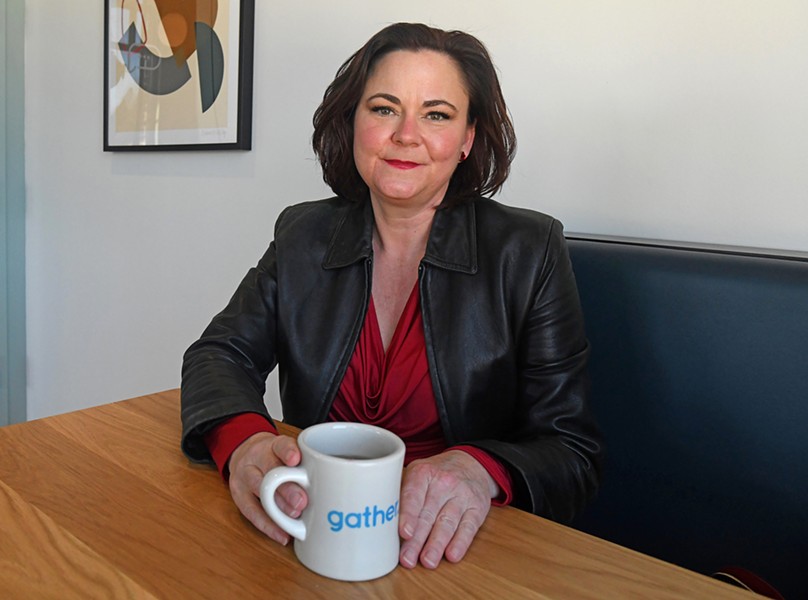 Matchmakers have been around for centuries. The first matchmaking agencies popped up in England during the 17th century and “Fiddler on the Roof” notwithstanding, they aren’t necessarily old Jewish women.

After years of successfully playing matchmaker for her friends and acquaintances, Richmonder Paula Pardel spent 2019 setting up Bloom Matchmaking, which was launched in January 2020 assisted by a relationships expert and a dating coach.

Just in time for Valentine’s Day, she shares her relationship wisdom.

Paula Pardel: (laughs) It is arguably the oldest profession. When you work with a matchmaker, you get quality over quantity in the people you’re matched with. People tell me they’re tired of dating apps. The problem is, people keep swiping because they believe that the next swipe might be “the one.” Plus apps are based on a photo, so it’s a shallow connection from the start. What you want is a deeper connection and that’s true compatibility.

How does matchmaking work?

We get to know our clients as people and that allows us to make quality matches based on compatibility. We also determine intention, so we can match them with people who are ready for a serious relationship, not just a casual connection. I also have a free database, which helps me find prospective matches. They’re all interviewed, vetted, and background-checked. All matches are bases on scientific compatibility … and, of course, my intuition.

Any tips on starting to date?

You can’t be negative on a first date. It’s smart to give a date a little bit of your history at a time because too much about an ex or a dead partner freaks people out. Beware of red flags, too. Are they looking at their phone often? Talking over you? Not concerned with what you’re saying? It has to be a mutual thing between both of you to succeed.

One of the most important things is that people need to be at the same point in their life. You could meet the love of your life and it might not be the right time for both of you. Sometimes people spend too much time on their career or their kids and now they’re finally looking for a real connection because they’ve realized that a good relationship is the most important thing in life.

What are the challenges of matchmaking?

We’ve had an influx of young people using our services. One thing I’ve discovered is that there are lots of women in their 30s who don’t want to have children. They’re strong, independent women, but they aren’t going to have kids and that makes my job much harder because I can’t match them with someone who wants a family.

Women don’t want to have to take care of someone. They want a partner on the same level, not necessarily wealthy, but financially secure. Very successful women can have a hard time finding men who can handle being with a successful woman. Not all men can.

How does dating change with age?

Women get less picky with time, maybe because they know that there are fewer available men. With men, the more successful they become, the more money they make, the pickier they get. Then there are men who haven’t taken care of themselves and they expect to find a 31-year old who wants them. And if they have enough money, there are women who are interested because they just want to be taken care of.

So how do you know when it’s right?

It’s hard to tell on a first date if someone is “the one,” but you should be able to pick up on whether or not there’s chemistry. Are you getting signals from that person? Are they laughing at your humor? A sense of humor carries a lot of weight. A lot of women will overlook other things if a man makes them laugh. Men tend to appreciate a woman they can have fun with and who doesn’t take life too seriously.

For anyone considering a matchmaker, what’s your advice?

Most important is you have to go into dating with an open mind and think outside your mental picture. There isn’t just one perfect person, there are many different people who would be a good fit for you. Women need to get past a man’s height and men need to stop being hung up on age. People need to get over those mental barriers because they’re limiting their ability to find love. When you get in a relationship, you’ll find the foundation is compatibility. The stuff that was important in the beginning fades away and it’s the fundamentals in a relationship that keep you together long term.

Make sure they’re COVID-worthy before welcoming someone into your bubble.