We shouldn't segregate schools by income or by race. Yet that's the situation in metro Richmond. 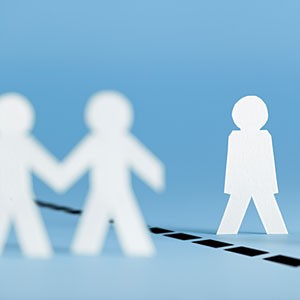 Within two and a half miles of the State Capitol are 12 Richmond Public Schools attended by children who live below the poverty line. These children are as bright and hope-giving as any created by our great God could ever be. But their success in life depends on their schools in a way unlike children of middle- and upper-middle families.

Truth is, the disrepair in which many of them live causes emotional and social difficulties that can play havoc with their ability to concentrate. And because income is a primary indicator of the educational level of parents, a higher-than-average number of these children enter school with a lower-than-average number of words in their vocabularies. This situation alone — unless remedied by special attention — will hamper severely their ability to move ahead in the educational process.

Most of these children live in homes in which there are no computers. They attend a school system that receives less money per school-age child than the suburban systems surrounding it, and that has had its funds cut by the state for the last few years. Their schools are in a confined political jurisdiction that cannot expand, and that is so deeply in debt that it's been unable to renovate or rebuild most of its dilapidated school buildings. In at least one of the surrounding counties, pupils are given their own laptop computers by the school system to supplement the computers that their middle-income parents already have in their homes. Consider the difference in vocabulary and education represented during the 12 years of school by having ready and frequent access to a home or personal computer.

The lower-income children of metropolitan Richmond have always been in schools that were funded at a lower level by the commonwealth than were the children of middle- and upper-middle-income households.

From the beginning of public education right after the Civil War through 1970, the state maintained schools that were expressly segregated by race. Because racial segregation defined one's place in the economy, that meant the schools were segregated by income as well. And black schools were intentionally funded at a lower level than white schools. Racial segregation, lower income and lower funding of the schools went together from 1870 to 1970.

In the early 1970s, at the same time that the federal courts insisted on racial integration of schools, Virginia terminated the ability of its cities to expand. Lower-income residents were locked in the center cities where they already lived.

Middle- and upper-middle-income residents developed the new suburban cities. These suburban jurisdictions had separate school systems, lower indebtedness, lower cost for public and social infrastructure, and relatively few lower-income people. Because segregation was an economic system, the urban, lower-income school systems were predominantly black, and the suburban, middle- and upper-middle-income school systems were predominantly white. When open housing became law in the 1960s and 1970s, middle-income people of color were able to move to the suburbs. Suburban school systems became somewhat more integrated by race, if not by income. Meanwhile, the city schools of Richmond served a higher and higher concentration of low-income people, who were increasingly resegregated by race.

Metro Richmond shouldn't segregate its schools by income or by race. But if it does, the state should not underfund the schools serving lower-income central city children, who are in most cases African-American. Yet that's the situation.

The state promises to pay an average of 55 percent of the basic cost of educating a child in Virginia according to what the state calls its Standards of Quality. Then the state and the federal government add grant money for special services to the poor and children with special needs.  But no locality can escape the basic cost.

The recent real estate crash caused a strange jump in the composite index and dramatically intensified the formula's illogical, devastating effects on urban school systems in 2010 — so much so that four state senators refused to vote for the budget until extra funds were allocated to offset the damage.

Already the aid was to be reduced by half this year. But in January the governor proposed a budget that would double the loss, completely eliminating those emergency equalization funds for 2011-'12: $57.6 million of them. The additional cuts include $1.7 million from Chesterfield and a whopping $5.5 million from Richmond's public schools. The additional loss to Richmond is $255 per pupil, almost twice as much as in any other city in Virginia.

The General Assembly is in such frantic tension over the needs of the many competing jurisdictions that hardly anyone outside Richmond will notice the destruction: 10 percent of the cuts in Virginia schools will come from the 1.7 percent of Virginia's children who live closest to the governor's mansion, whose schools are already underfunded by the composite index, and who are still living in the historic poverty established by the discriminatory policies of our shameful past.

No one would call this a deliberately racist, discriminatory act. But if it were such an act, would it look any different? Is it sufficient to stop deliberate racial segregation without dismantling the discriminatory economic structures and policies that remain?  Can we expect the poorest residents to have sufficient political power to compel justice?

The Rev. Ben Campbell is pastoral director of Richmond Hill.