The reality of the housing crisis in the East End is explored in an upcoming documentary, “Heard.” 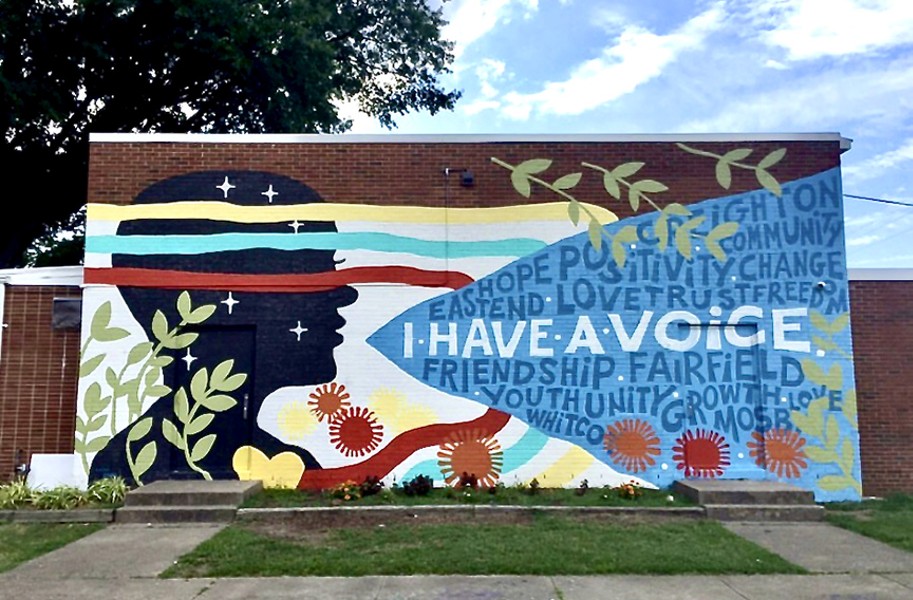 If you haven’t seen the online trailer for “Heard,” you should. The documentary, produced by local nonprofit Belltower Pictures, airs in the fall on Virginia Public Media and across Public Broadcasting Stations nationwide.

The film focuses on our city’s housing crisis, taking us into the experiences of the Richmond Redevelopment and Housing Authority residents in the East End.

“A lot of the books, podcasts and other documentaries we vetted looked at the issues and the policies, but very few focused on the people,” says David Powers, the film’s producer. “That’s why we don’t have a narrator or a subject matter expert because the people living here are the experts. They know exactly what they need: The only thing missing is the resources.”

For those unfamiliar with the East End, at least its ungentrified parts, it consists of Creighton Court, Mosby Court, Fairfield Court and Whitcomb Court — most of which is inhabited by black families. Characterized by limited access to fresh produce, dilapidated school buildings, under-resourced and overburdened teachers, and check-cashing establishments on every corner, usually adjacent to marked police cars across the street — this is the East End many will never know.

Negative stereotypes of public housing and its inhabitants abound, most belied by the data. Contrary to popular belief, those who benefit most from public housing, as with other forms of public assistance, are white women, according to the National Low-Income Housing Coalition. Yet people of color, particularly black people, suffer the most negative effects of this system, including eviction.

For me, the East End will always feel like home, in many ways more so than my hometown of Petersburg just a little farther down Interstate 95. As the director of the Fairfield Boys & Girls Club in the East End, I saw firsthand the living conditions of many of the children and families living in its housing communities. I also saw hope and resilience and their love for family and community.

I plugged the 23223 ZIP code into a couple of different sites, including Policy Maps and the Opportunity Index.On Policy Maps, I found the average annual income for a family living in the East End is $10,150 with 91% of residents living in extremely low-income households.

The Opportunity Index is a data tool to calculate the opportunity score for every U.S. state and most counties. This score identifies challenges and successes across four dimensions: economy, health, community and education. The East End scored 51.7 out of 100 in economy. For context, Virginia has a score of 61.1, an almost 10-point difference. The national economy score is 55.4 — still higher than Richmond.

Housing insecurity can be an antecedent to other major issues including health disparities, high youth disconnection rates, economic growth and greater dependence on public assistance. Many of these often overlapping factors are also the driving cause of minorities moving into low-income public housing in the first place.

According to Virginia Commonwealth University’s newly launched Eviction Lab, Richmond saw an 11% increase in evictions. The face of the housing crisis is disproportionately black, with more than 60% of all majority African American tracts facing eviction rates greater than 10%. At 11.4%, Richmond has the second-highest eviction rate in the United States, behind only Charleston, South Carolina, at 16.5%.

You may recall when as many as 100 residents spent months without proper heating systems in the housing authority’s communities. The authority did what it could to avoid negative press, which may have prompted the November statement released by its chief executive, Damon Duncan, that temporarily froze evictions: “Residents who are in arrears will not receive late notices and no unlawful detainers will be filed. Pending court cases will be dismissed or postponed, and scheduled evictions will be canceled.”

While this was an incredible show of humanity by Duncan and the authority, it highlights the systemic issues within the housing authority itself.

Are you outraged yet? Shelter is a basic human need, yet hundreds of black families in our city are living below poverty with unstable or inadequate housing.

VCU’s Eviction Lab has identified several measures that would help keep people in their homes. Nuisance Ordinance Eviction Prevention would protect residents from landlords who view nuisance citations as grounds for eviction, a claim that disproportionately affects black tenants at higher rates than white or Hispanic residents.

The Campaign to Reduce Evictions, which comprises faith leaders, property managers, the Virginia Poverty Law Center and VCU, is calling for additional data analysis and advocacy to reduce evictions.

On Jan. 15, against a backdrop of increasing gentrification in the East End, the authority’s board of commissioners voted to demolish Creighton Court, which includes 504 units, home to 1,203 children and adults. In theory, some families would receive vouchers for housing in the private market. But many landlords are reluctant to accept these vouchers — and sadly, the Fair Housing Act does not prohibit landlords from denying housing to potential renters for reasons like this.

If families with vouchers or public assistance were a protected class, landlords would not be able to turn them away based on their form of payment.

Amid Richmond’s housing crisis, “Heard” producer David Powers wants audiences to get to know the people as people, not just examples of the issues. The documentary is about and for the community. It shows hope and resilience, a shared vision and dream of giving back, not just getting out.

“One of the stories we share in ‘Heard’ is that of Tavarius “T.J.” Thompson. He wrote a book as a challenge from his professor at Virginia Union University. The book, which can be found on Amazon, is called ‘Told.’ We asked ourselves what’s the best response to someone who’s told their story,” Powers says.

“We wanted them to know that they have been heard.”

Delbria Walton is a senior policy associate at the Forum for Youth Investment in Washington.