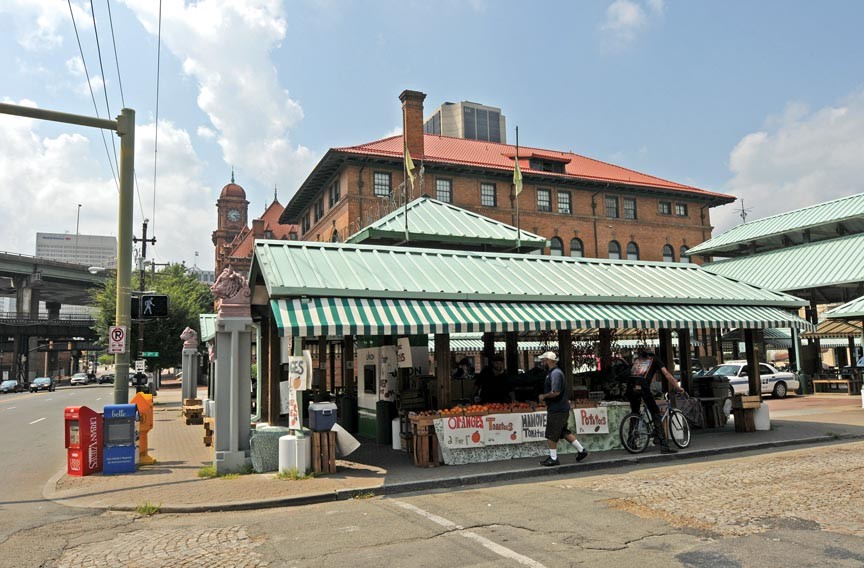 Change its name. Play some music. Start a shuttle service.

Those were some of the suggestions that came out of last week's community meeting on the future of the city-owned 17th Street Farmers' Market.

The outdoor market is one of the nation's oldest, dating to the 1700s. But it's in a slump. Foot traffic is lower than ever, the market's Shockoe Bottom neighbors report.

People compare 17th Street to wildly successful ventures such as the South of the James Market and think, "Oh, it's a crappy farmers' market," says Rick Tatnall, the meeting organizer and founder of Replenish Richmond.

The market began floundering just as a veritable food revolution led to a renaissance in farmers' markets throughout the city in the mid-2000s. The market is managed by the city's Economic Development Department, which has seen 15 directors over the last 15 years. New director Lee Downey was hired in mid-April, filling a post that had been vacant since September 2009.

Lacking management stability, the multiple development proposals that have been floated for the market over the years — including enclosing it and adding condos — failed to gain any traction.

But 17th Street shouldn't be viewed as a failed farmer's market, Tatnall says. It can become an event venue and a tourist draw. To capitalize on its history, some people suggested reclaiming the market's original name: First Market Square.

The big question, Tatnall says, is how can the market grab the increasing number of residents moving into the neighborhood? He thinks a combination of diverse vendors and events might be the answer: specifically, more food and drink events such as the Shockoe Tomato (July 23) and Brunswick Stew (Nov. 5) festivals. "You have a venue here," he says. "Start doing them, immediately."

Event promoter Matt Davey has been running the RVA River Jam, a DJ series, on the Canal Walk on summer Saturday afternoons. "It's slowly catching on, starting to get some attention," he says. Davey wants to organize events that connect the canal's Turning Basin with the market, as "two city centers for entertainment and tourism."

The market also could be a doorway to the newly marked Slave Trail, Tatnall says. An inexpensive taxi ride, or a shuttle bus, could take visitors to the start of the trail at the Manchester Docks.

Whether these ideas are possible may depend on the new Shockoe Bottom study the city has commissioned. It's supposed to be presented to city officials in the next few weeks (see last week's cover story, "Raising the Bottom," at Styleweekly.com). The one thing that's sure, Tatnall observes, is that the Bottom won't get a stadium or a slavery museum anytime soon. "So we just have to use what we got."