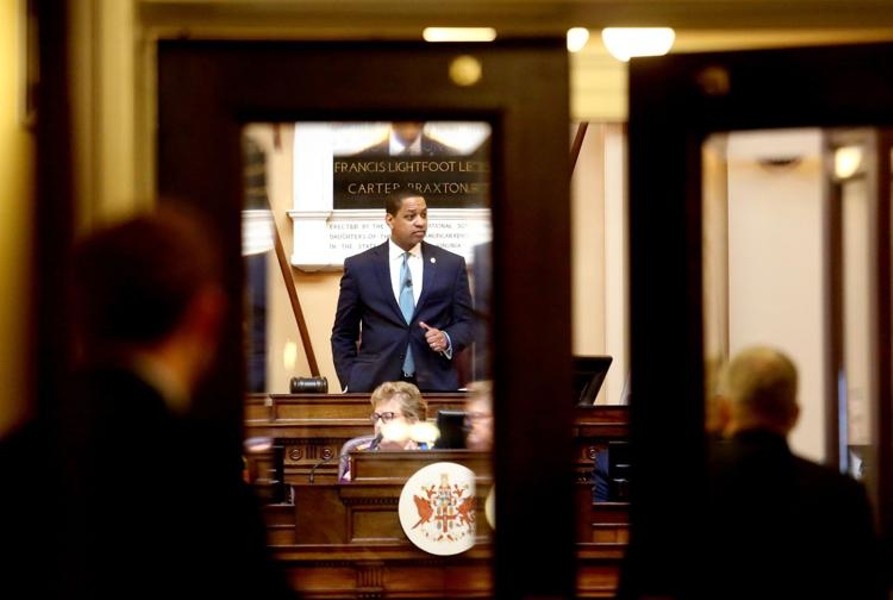 Steve Earley Virginia Lieutenant Governor Justin Fairfax
A second woman has now come forward accusing Lt. Gov. Justin Fairfax of sexual assault, saying he raped her in 2000 while they were students at Duke University. Meredith Watson released details of the assault through her attorney.

In a statement, her attorneys wrote that Watson "immediately" told friends that Fairfax had raped her. She also shared her account with friends in a series of emails and Facebook messages that the law firm now says it has.

"Mr. Fairfax's attack was premeditated and aggressive," the statement reads. "The two were friends but never dated or had any romantic relationship."

“At this time, Ms. Watson is reluctantly coming forward out of a strong sense of civic duty and her belief that those seeking or serving in public office should be of the highest character,” said her attorney, Nancy Erika Smith in a statement Friday. “She has no interest in becoming a media personality or reliving the trauma that has greatly affected her life. Similarly, she is not seeking any financial damages.”

Fairfax’s spokeswoman, Lauren Burke, said “we’re calling for an investigation on all of these matters,” according to The Washington Post. She said Fairfax would have further response later.

Watson's account comes on the heels of a lengthy statement from Vanessa Tyson who has accused Fairfax of sexually assaulting her 15 years ago.

In an article published Friday, The New York Times reported Tyson told five friends about the assault in different degrees of detail over the last two years.

Three of those people told the newspaper that Tyson, a professor at Scripps College in Claremont, Calif., identified her attacker to the people as Justin Fairfax, a lieutenant governor or a politician on the rise, according to the report.

Tyson and Fairfax met in 2004 at the Democratic National Convention in Boston. Fairfax was a campaign staffer at the time. The two met on the first day of the convention and realized they had a mutual friend, according to Tyson. A couple days later she accompanied him to his hotel room after he suggested getting some fresh air while he got some documents.

Fairfax started kissing her as she stood in the doorway of the room.

That's where each of their accounts differ.

“What began as consensual kissing quickly turned into a sexual assault,” Tyson wrote in a lengthy statement released through her law firm this week. Fairfax, meanwhile, has strongly denied Tyson's account.

According to the Times, Tyson told a number of colleagues during a lunch group last fall that she had been sexually assaulted years earlier. She told the group during the start of a fellowship at Stanford.

Tyson told them about having been blindsided by her assailant, the Times reported, quoting Elizabeth A. Armstrong, a professor of sociology at the University of Michigan.

"What she told us was pretty much exactly what was in the statement that she released but with vastly less detail," Armstrong told the newspaper.

In that statement, Tyson described a forceful act where Fairfax held down her head with his hand to perform oral sex on him inside the hotel room.

"I have never done anything like what she suggests," Fairfax said in a statement hours after Tyson made her first public remarks.

The assault accusation has been one story that has upended Virginia politics, and the leaders at the very top. Just last Friday, the discovery that Gov. Ralph Northam had a racist photo on his 1984 medical school yearbook page led to calls for his resignation — and the possibility that Fairfax would rise to become the state's next leader.

Tyson has said she was not politically motivated to come out and share her story.

"My only motive in speaking now is to refute Mr. Fairfax's falsehoods and aspersions of my character, and to provide what I believe is important information for Virginians to have as they make critical decisions that involve Mr. Fairfax," her statement read in part.

Her colleagues back her up.

"She's not doing this for any fame," Diane L. Rosenfeld, one of the founding directors of the Gender Violence Program at Harvard Law School, told the Times. "She's not suing him for money, so disbelievers and doubters can't say, 'Oh, she just wants money.' She just wants, as she says, the Virginia voters to know who this person is."