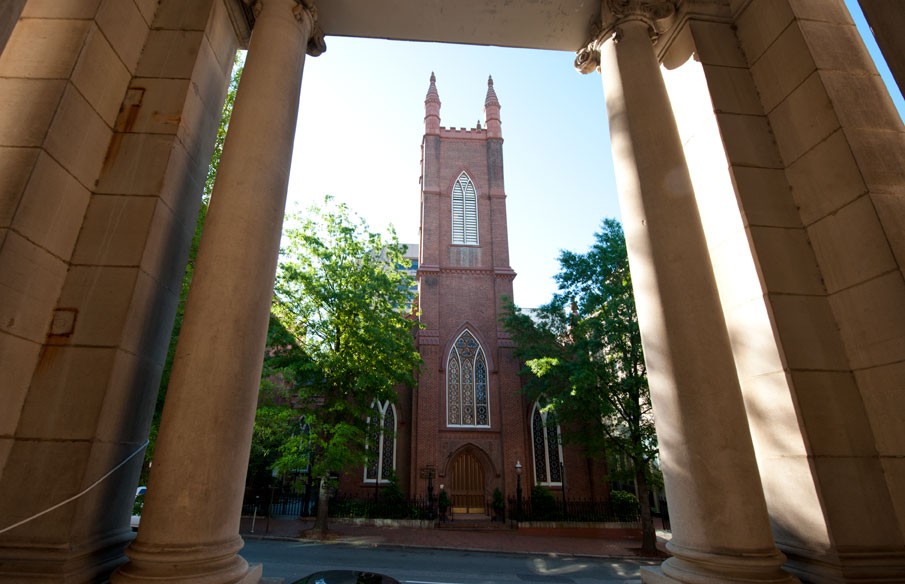 Second Presbyterian Church is situated today in a block across the street from the YWCA (as shown) and Penny Lane Pub. This was the center of one of Richmond's most fashionable residential neighborhoods during the Civil War. The Gothic Revival structure was built in 1845 according to plans by New York architect Minard LaFever. For more than half a century, including the war years, the congregation’s pastor was Moses Hoge, who also served as a Confederate chaplain and some historians suggest was an arms runner in the guise of getting Bibles through battle lines. It was in this church that Stonewall Jackson worshipped during his occasional wartime visits to Richmond. In April 1865 the sanctuary’s stained glass windows were blown out by nearby explosions caused by the evacuation fires.