Living Word's "Daughters of Zion" starts with a roar, ends with a sigh. 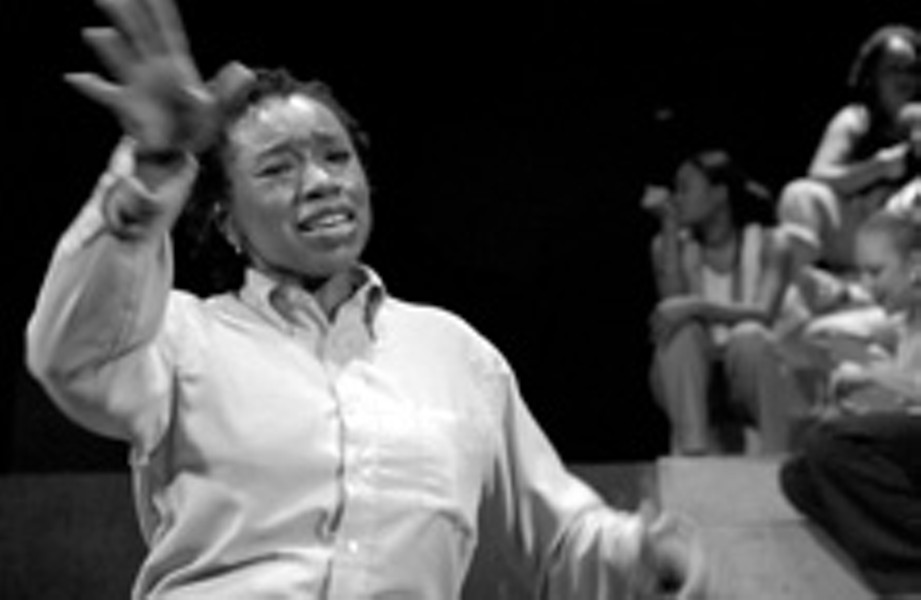 You can't help feeling the power of each woman's transformation, and the close of the first act is moving and triumphant. But it also raises the question: now what? In terms of this play, the answer is not much, at least as far as compelling theater goes. After intermission, the characters struggle to integrate their newfound faith into their lives. But their tribulations are moderate for the most part, and the resolutions to the stories are too neat and clean.

Not only does the play's script go flat, but the direction and performances follow. Director and co-playwright Derome Scott Smith does a spectacular job of orchestrating the early scenes. The play is a series of monologues, a format that can be extremely tedious. But as each woman speaks, Scott keeps the rest of the cast busy filling the background with visual commentary, dramatic counterpoint, and most movingly, beautiful acappella spirituals.

In contrast, the second act is sedate. Jane Crow (Kesha Afrika Oliver) is a noisy, huffy activist in the first act. She launches the play with a blistering indictment of racism and its ongoing effect on her life. However, after her spiritual transformation, she becomes calm and scholarly. Luckily, Oliver has the talent to make her new persona seem noble and self-confident.

Not quite so skillful is Erin Krystal Nollie as Starasia, the girlfriend of a dope dealer and the mother of his four children. Starasia is spunky and in-your-face when we first meet her, and Nollie plays her with vibrant energy. But after she finds Jesus, her blood pressure never seems to rise. Even when heartbreaking tragedy strikes her family, her faith appears to deflect any pain. This may be a great thing in life, but it's far from dramatic onstage.

The only character who faces an interesting dilemma in the second act is Egypt, played by Nancy Wyatt. She must ask herself whether the Christian teaching of forgiveness means she should take back her adulterous husband, who has contracted HIV through his drug use. If "Daughters" had tackled more of this kind of thorny predicament, it might have overcome its second-act slump.

J. David White's spare set looks good on the big Empire stage and features a dramatic center stairway flanked by progressively higher platforms. "Daughters" is the first show Living Word has produced since striking a cooperative agreement with the Empire's owner, Theatre IV. As this partnership matures, we'll see if the potential that Living Word shows with "Daughters of Zion" can blossom into greater things. S