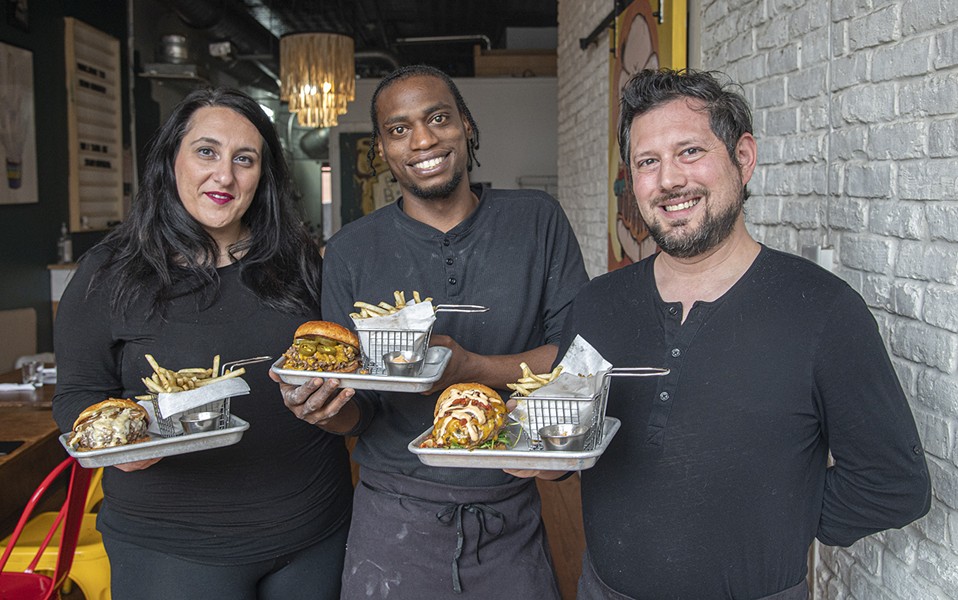 Augenbaum is referring to a conversation he recently had with business partner—and voice of reason—Nar Hovnanian, wherein she assured him that putting an entire cut of steak on a burger bun is, well, untenable. Unthinkable. Never going to fly.

You can now order, for a limited time only, a tenderloin filet “burger” topped with fried asparagus (!) at the newly opened Sear Burger, located in the original Soul Taco space at 321 N Second St.

Sear Burger started as a pop-up this December and within a month became a full-fledged restaurant. “I said, ‘You know what, this is going to be it. Everyone has loved it. We’ve had no send backs or refires since we’ve opened,’” says Augenbaum.

The impetus for the new concept? “As the world changed [during the pandemic] we decided it would make more sense to switch concepts—it was necessary,” says Hovnanian. 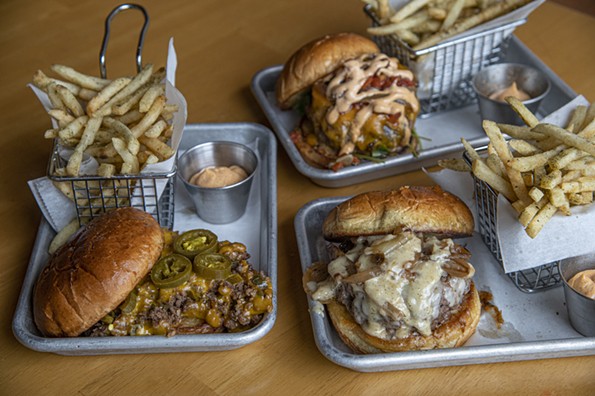 When the team opened the original Soul Taco in 2018, business was booming. At the time, opening a second location .9 miles down the road in Shockoe Slip made perfect sense. A few years and one worldwide pandemic later, two sister taco joints that require plenty of kitchen staff and varied inventory just didn’t make sense anymore.

This is not Augenbaum or Hovnanian’s first foray into the patty-flipping world. In April 2021, Soul Taco introduced a (it turns out) prophetically named pop-up, Future Burger. “That was the jump off point for us, trying burgers out and showing what we have to the public,” says Augenbaum.

With a great recipe in hand, a rapt Richmond audience and a highly competitive playing field, Augenbaum and Hovnanian decided it was time to switch gears from soulful tacos to fully loaded burgers.

“I wouldn’t say it’s a gourmet burger,” says Hovnanian. “But it’s more than a standard burger. And it’s not a smash burger—those are great. But we really want to get some juiciness out of our burgers.”

Sear Burger’s house burger is called Raise Your Standards, if that tells you anything about their burger building ethos. Topped with extra sharp cheddar, bacon jam, confit tomato, arugula, burnt onions and smoked chili aioli, this is not your basic Happy Meal, although it does come with a side of crispy, seasoned fries, no extra charge. 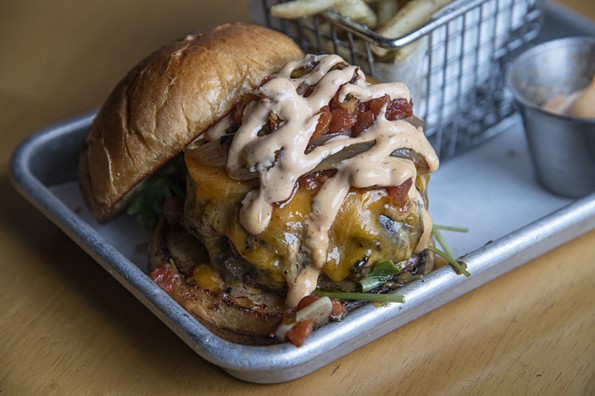 In addition to beef burgers and fries, you can order a couple of turkey burgers, or sub any patty for an Impossible Burger. There is also a smattering of domestic and local craft beers from which to swill. “We’ve got burgers, brews and BFFS,” says Augenbaum of the slim but mighty menu.

That BFF section allows diners to either purchase a round of drinks for staff, or to pay it forward for meals that will go to those less fortunate. 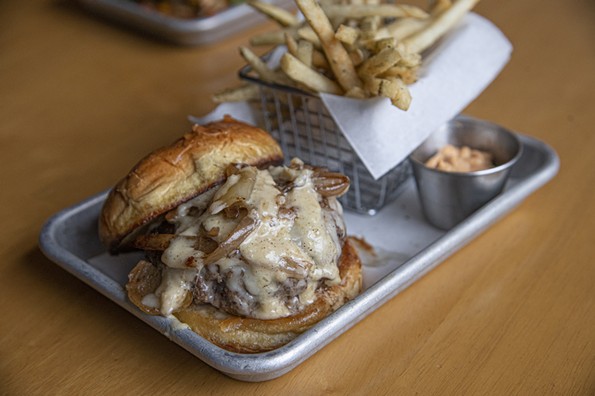 This community mindset extends to the way the restaurant is run, says Augenbaum, who credits longtime employees like Cortney Garrett with keeping Soul Taco—and now Sear Burger—running smoothly and efficiently.

“Cortney has been at our Second Street location since we opened—we give the managers complete autonomy in the restaurants. We give them the ability to do things and then they run it by us,” says Augenbaum.

Part of that autonomy includes not only being involved in the operations of the restaurant but also being involved in the creative process. Team member (you can currently catch her behind the JewFro bar) and artist Sophie Wilson is responsible for the logo and murals in the Sear Burger space.

“We’re taking a lot of feedback from our team because they’re the ones in here every single day,” says Hovnanian. That means going all in on a design that may not resemble the Soul Taco or JewFro brands.

“I said, ‘Sophie your style is not my style at all,’” admits Hovnanian. “But she will continue to help us design the space and aesthetics—it’s about what our staff wants and what they think will succeed.”

Each month at Sear Burger you’ll find a staff burger selection, like Garrett’s recent chopped cheese, an ode to his NYC roots. “People are loving it,” says Garrett. A portion of the monthly staff burger’s sales goes to the employee who created it. 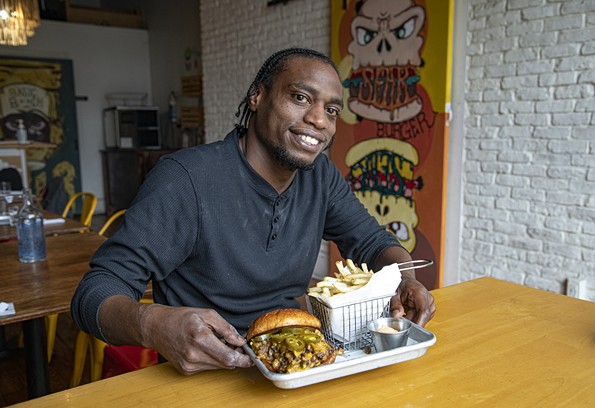 While employees are masters of the monthly staff burger, Augenbaum is still able to indulge his culinary whims.

Augenbaum says he and Garrett came up with the 7-11 burger one night while both beset with a case of the munchies. Topped with Slim Jim jam, fried jalapenos, Cool Ranch Doritos and Fanta aioli, The 7-11 is a hedonistic delight, matched only, perhaps, by a tenderloin filet topped with fried asparagus.

“I’m excited to see where we go from here,” says Garrett. “I can’t wait to see a full dining room.”

Sear Burger is open for lunch and dinner, Tuesday through Saturday from 11:30 a.m.-9 p.m. and Sundays, 11:30 a.m. – 4 p.m. Follow Sear Burger on Instagram and Facebook for updates about new offerings and monthly staff burgs.