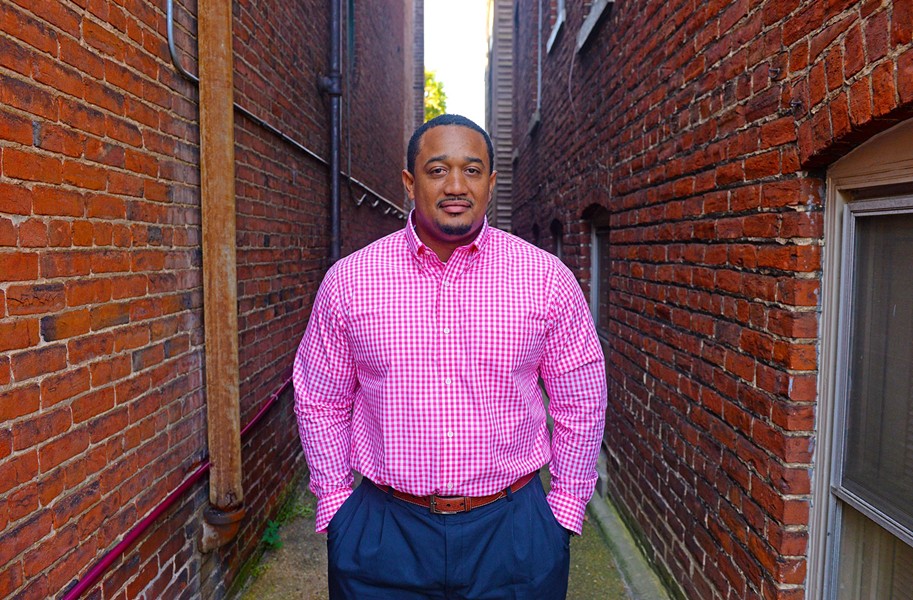 Sean Monroe grew up in a low-income neighborhood in Charlottesville and got into a bit of trouble now and then, he says. He was rebellious and wound up homeless, eventually enlisting in the military and being stationed in Germany. His first tour was in 1996, serving during Operation Joint Endeavor in Bosnia, a hazard zone.

“I probably came out worse than I went in with anger issues,” Monroe says.

But the big turning point in his personal development came after the military, when he moved to Richmond, started taking college courses at Virginia Union University and got involved in community work as a mentor and advocate for the homeless. He credits his dad, wife and brother with pushing him in the right direction every step of the way.

Monroe got on as many boards as he could and eventually became director of programs at HomeAgain, where he helped change the agency’s focus from temporary solutions to permanent housing.

“The people I was giving back to just reminded me of so many people I grew up with,” he says. He still lives in the mixed-income neighborhood of Highland Park and coaches football at Hotchkiss Field Community Center “most of the week,” he says: “I want these kids to avoid the mistakes I made. Make sure there’s a male figure in their lives for some children who may not have that.”

He serves on the Homeward board of directors and the Greater Richmond Continuum of Care, a program and policy board working to end homelessness. He also provides oversight for veteran program services provided in Petersburg, including serving on the First Lady’s Initiative Team Effort Foundation board of directors in support of the Petersburg Freedom Support Center.

Because of his own past struggles, Monroe says he feels more comfortable being around people who’ve had the same experiences.

“I really try to be a voice and advocate for those who can’t speak for themselves,” he says. “Every homeless person has a story. It doesn’t start with them holding up a sign — they might have been your teacher, lawyer, computer person at one time. We need to help their story be a positive one.”