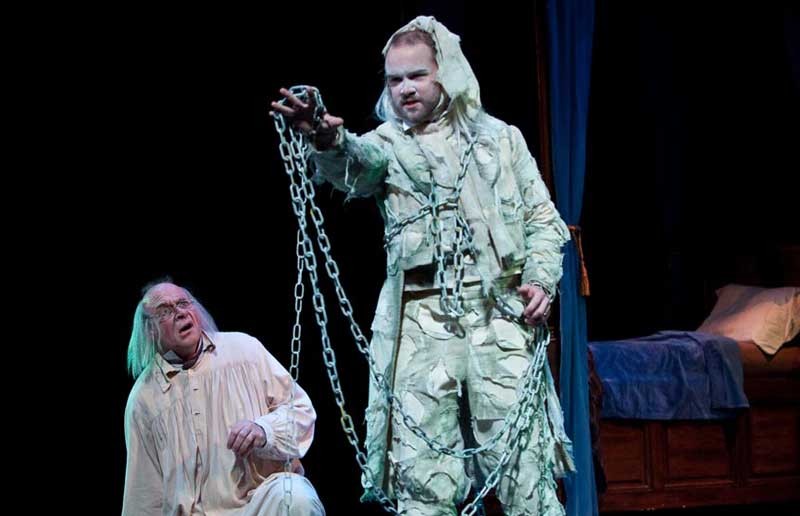 Charles Dickens' "A Christmas Carol" was an immediate smash when it was released in 1843, with one London literary magazine raving about the novella: "It is a tale to make the reader laugh and cry — to open his hands, and open his heart to charity even toward the uncharitable ... a dainty dish to set before a King."

Not only did Dickens' magical fable introduce the term "Merry Christmas" into the lexicon, it prompted a stage adaptation mere months after publication. There since have been countless ballets, operas, movies, music suites and mime interpretations devoted to the story. We simply couldn't have Christmas in Richmond without a retelling — or four — of the cautionary tale of Ebenezer Scrooge.

Celebrating 22 years of "Bah Humbug," Randolph-Macon College will stage its annual rendition of "A Christmas Carol" at its Cobb Theatre from Dec. 9-15. 752-7316.

This season marks the final year for Richmond Shakespeare's popular "A Christmas Carol for Two Actors," which runs Dec. 15-24 at Richmond CenterStage. The stripped-down production features a pair of thespians tackling all the unforgettable characters — from Jacob Marley's ghost to Bob Cratchit to that unsuspecting lad who buys the biggest turkey in the window for a transformed Scrooge on Christmas Day. 232-4000.

Finally, knowing how to keep Christmas well, Theatre IV on Tour will take on "A Christmas Carol" at the Cultural Arts Center at Glen Allen on Dec. 17 at 7 p.m. 261-2787.