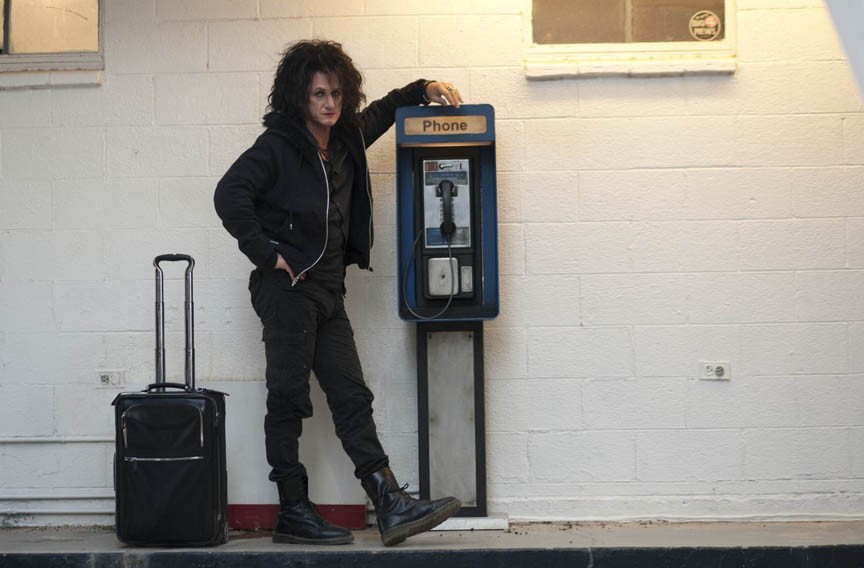 "The Master" What P.T. Anderson's indirect riff on Scientology's founding is really about is difficult to decipher, but festival reviews have rained praise on performances by Joaquin Phoenix and Philip Seymour Hoffman like potential brides on Tom Cruise.

"Dredd 3D" The jury's out on whether this hyper-violent, hyper-kinetic re-adaptation of the venerable "Judge Dredd" comic (with Karl Urban) will be dreaded less or more than the much-derided 1995 Sylvester Stallone version.

"Trouble with the Curve" Before he was talking to empty chairs, Clint Eastwood was directing himself in this tale of an aging baseball scout. Even more curious than the scene at the Republican National Convention: Dirty Harry sharing the screen with Justin Timberlake.

"Looper" Future hit man of time-traveling victims (Joseph Gordon-Levitt) flees when he realizes his latest assignment is not only himself, but also bald and played by Bruce Willis.

"Frankenweenie" Disney reportedly fired Tim Burton for wasting money after he made the original 1984 live-action short version of this suburban "Frankenstein" homage, about a boy who brings his dog back to life. The mad scientist's reanimation into a 3-D feature is only 54 minutes longer, but about $84 million more expensive.

"Argo" The cryptic-sounding title is inspired by a covert military operation involving a fake movie called "Argo" used to help rescue six American diplomats during the 1979 Iran hostage crisis. All pre-release reviews agree that the real movie is better than the invented one, even directed by Ben Affleck.

"Nobody Walks" This drama set in the smaller but no-less-sordid hills of Los Angeles' East Side is co-written by Lena Dunham, writer, director and star of "Tiny Furniture" and "Girls," who's demonstrated a lot of talent in a short time.

"Cloud Atlas" Triple directed by Andy and Lana Wachowski ("Speed Racer"), and Tom Tykwer ("Run Lola Run"), this extremely ambitious adaptation of the 2004 British novel looks like "The French Lieutenant's Woman" by way of "The Matrix" and "Pay It Forward." Did we mention Tom Hanks and Halle Berry play the romantic leads? Odds are this will be the movie of the season that must be seen to be believed. Take that however you want.

"This Must Be the Place" This strange and chronically postponed road film stars Sean Penn as a Robert Smith lookalike on the hunt for an elderly Nazi. Should it ever make it to theaters, audiences could be in for an unexpected treat — or at least some good tunes by David Byrne.

"Skyfall" Director Sam Mendes offers a darker, less shaven James Bond. Although, with Jason Bourne and Christopher Nolan's Batman in mind, this could be argued as a franchise being inspired by franchises it inspired.

"Anna Karenina" At the rate she's going, Keira Knightley will end up in more period gowns than RuPaul. Directed by Joe Wright ("Atonement").

"Life of Pi" Ang Lee adapts Yann Martel's award-winning novel about a man stranded at sea with a hungry tiger. The "in 3-D" part is slight cause for concern, but can be avoided. Spending a long movie with a computer-generated tiger cannot.

"Rise of the Guardians" This animated feature posits a world where Santa Claus, the Easter Bunny and other guardians watch over the world's children. Produced by the Republican National Committee and Eastwood's imaginary friends.

"Hyde Park on Hudson" Bill Murray goes sort-of serious with a historical portrayal of FDR and his secret relationship with a cousin (Laura Linney).

"The Hobbit: an Unexpected Journey" You thought Peter Jackson was making an adaption of "The Hobbit," but you were wrong. He's adapting the book into three movies. One giant pile of money to bring them all and in the darkness bind them.