Supafriendz search for a way out of the underground. 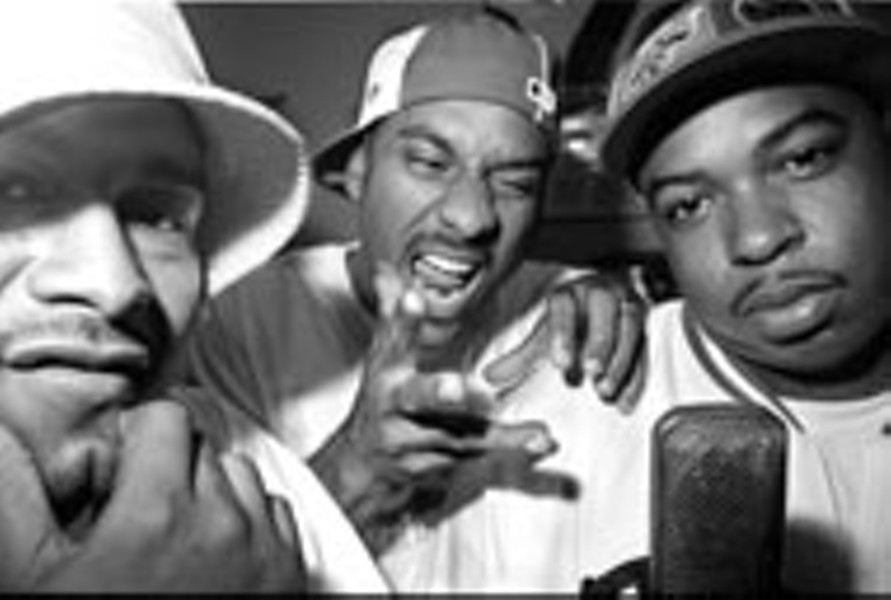 "I never liked the term local," Maples relates by phone in early December, "because it always had the connotation that you were an underachiever, that you were only local." Maples wanted to break big on the larger scene, secure a record deal, make music videos, do all the things that a visibly successful hip-hop star would do. The way he figured: Why waste time playing in the minors?

Maples has come far enough since those earlier days to drop some names. He and the diverse hip-hop crew he heads up called Supafriendz can list ties to Aaliyah, Missy Elliott, and Virginia celebrities like The Neptunes and Clipse. But though his efforts have established him to a degree, as yet there has been no super stardom.

Supafriendz is a collective. Maples, a la Danja Mowf, is the group's producer, which means to a large extent, he also directs their sound and puts out their albums — including the recently released "SupaVision" — on his label, Danja Zone. Other well-known contributors include DJ Lonnie B, familiar to listeners of Richmond's Power 92, and rapper Mad Skillz, who released a highly praised solo CD in 1996 (after coming in second place at a prestigious MC battle in New York). Skillz is on Missy Elliott's label. There're also rappers Jo Doja, Lil Roc, Sean P., Mont Gee and a 12-year-old named Shorty 8th Ave, who Maples credits as his discovery.

Like the Wu-Tang Clan, Supafriendz recognize the marketing strength in numbers. His younger self might have been shocked, but Maples plans to push "SupaVision" hard on the local scene. With his solo CD "Word of Mowf," Maples points out, "I didn't even really hardly market it in Virginia." He had pretty much bought the line that your hometown will not support you, and especially that Richmond would not support sophisticated, De La Soul /A Tribe Called Quest brand of hip-hop.

"I've had records that my own friends would not play in the club," Maples remembers with a laugh, but he has realized that they were right. It is important to entertain, to reach out to your audience. At least if you want them to reach back.

"If we can be a dominating force in hip-hop here, then people will notice us for what we're doing here."

"SupaVision"'s tracks unfold to a tale of urban drama. Because so many MCs and guest producers had their hands on the project, the result is a wildly diverse group of songs, and the story line offers some of the only continuity between them. There are highly produced, sprawling numbers with scads of backup singers, and there are simple, stripped-down numbers. There are tracks like "Painful," one the album's highlights, in which an intelligent, orchestral Dan the Automator-style production is littered with mesmerizing flow by rapper Mont Gee, who Maples describes as a "straight ghetto MC." Even though his style might not appeal to Maples, he thinks it'll go over well in Richmond.

It is a business, after all.

"If people want to be an artist," Maples says, "I tell them to make their records, and don't worry about selling them. If you want to make money at this, you need to approach it as a business. Right now," he explains, "I've got a lot of money invested in this, my business, Danja Zone. And I've got a good team with me right now." S