The training camp dust has settled, so how do the numbers look? 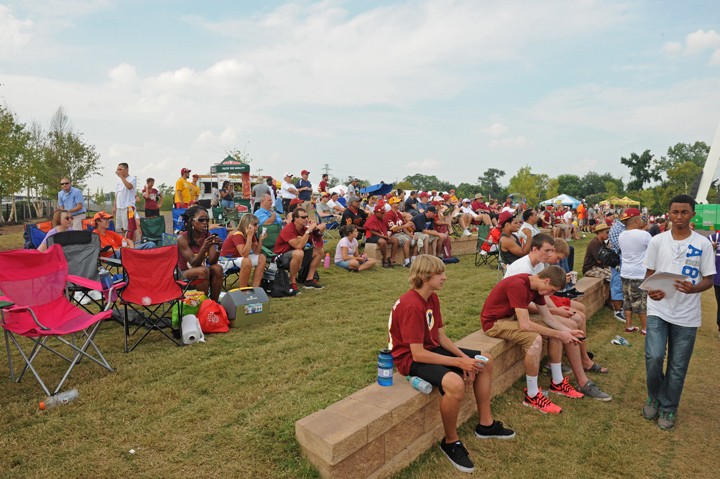 Redskins training camp has come and gone, and by most accounts, it was more successful than anyone could have hoped. Highlights abound: RGIII got cornrows at a local salon. The city got tons of mentions in regional and national media. Only one person's video of herself sobbing about not getting an autograph went viral on YouTube.

The local visitors' bureau is working with some smart folks at Virginia Commonwealth University to cook up a full report about the camp's impact on the city. But the chief executive of Richmond Region Tourism, Jack Berry, says the number crunching will take months to complete. To tide you over, we've compiled some early statistics that have come out of the camp.

For the most part, they paint a pretty picture — they also raise some big questions. For example: How many people actually visited the camp? The 165,000 figure is just a count of people walking through the front gate — with two sessions daily, most people exited and re-entered, meaning they were counted at least twice. Admittedly, that's still a ton of foot traffic, so why were only 900 regional visitors guide distributed? Then there are the toilets: If the average daily attendance was 10,000, how did the camp get by with only 14 portable toilets when Don's Johns, the contractor that supplied them, says 14 will serve only 4,000 people for three hours?

We're confident Richmond Region Tourism's report will provide the answers. Until then, we know:

34,000: Bottles of water consumed by Redskins' players and staff.

18,000: Bottles of Gatorade consumed by players and staff.

4,400: Total number of nights spent by all players and staff in local hotels.

900: Happy Meals delivered to camp by the neighboring McDonald's.

14: Porta-Johns available to fans inside the gates.

1: Helicopter used to dry the field.