The Lab by Alchemy educates customers on international trends. 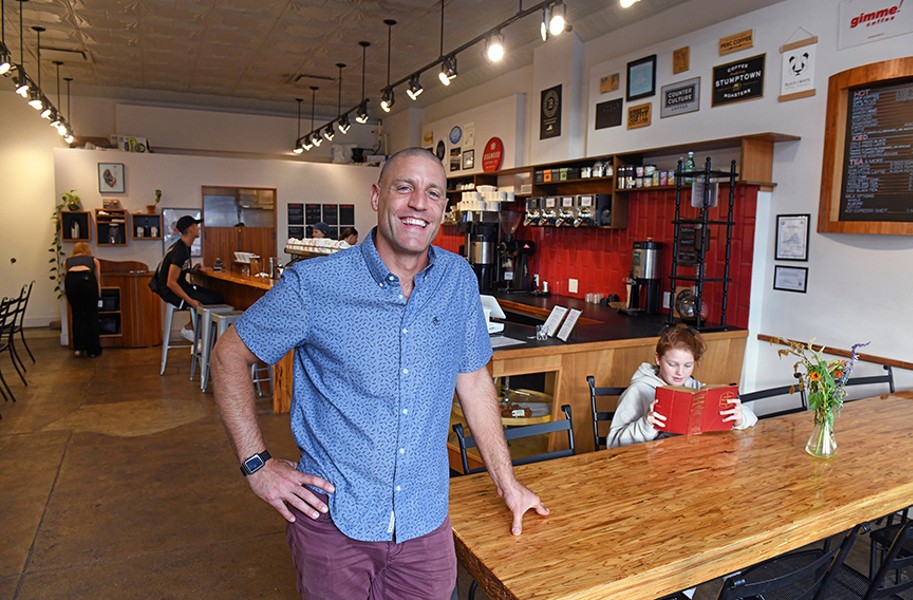 Scott Elmquist The owner of Alchemy Coffee, Eric Spivack, grew up surrounded by French coffee culture and wants to bring some of that refinement to Richmond.

Few coffee shops in Richmond could offer international delights such as the shakerato from Italy or Yama Tower cold brew from Japan as effortlessly as the Lab by Alchemy does.

If you thought only a foreign owner could bring such sophistication to our city’s coffee scene, then you would be half-right.

Eric Spivack, the owner of the Alchemy Coffee, prides himself on integrating the latest in international coffee trends into the menu at his small shop on Broad Street.

His dedication to the integrity of coffee began during his childhood in France. As a dual citizen, Spivack grew up surrounded by the refined simplicity of French coffee culture with its focus on harnessing the natural taste of the bean through technique rather than diluting its flavors with excessive milk and sugar.

When he moved to Richmond in 2012 from the Pacific Northwest, he realized there was a gap in the market.

“I was making better coffee at home than what I was getting when I went out,” Spivack says. that same year he launched his brand with the coffee trailer Alchemy Coffee still uses to cater to farmers markets, corporate events and film crews. Just two years later his business found its current brick and mortar shop, the Lab.

Spivack’s critics would charge that his pride in his product can come off as pretension, but his dedication to making the shop accessible refutes this.

“We definitely want to overcome the perception that we’re elitist,” Spivack explains. “It may seem like that before you come in, from our aesthetic on Instagram, but the only way we lean into that is our focus on coffee.”

Instead, he sees the shop as a way to bring people into discussions on coffee with him and his baristas.

“Once folks discover that they can come in and ask questions, they’re surprised how much we want to teach them about coffee,” he says. “But we only want people to come in if they realize that we can brew it better than they can at home.” The Lab by Alchemy trusts in the mantra that savvy consumers create brand loyalty for quality producers.

That brand rests upon three pillars: consumer education, an approachable tone and a scientific approach to quality. Even the shop’s name exudes Spivack’s analytical over artistic perspective on coffee. “Everything done needs to be intentional and re-creatable so all baristas do the same thing every time. I want to be able to defend every step in the process.”

The Lab by Alchemy offers a lot of processes to brew coffee too: French press, V60, Chemex, AeroPress, siphon, Kalita Wave and even an obscure German pour-over method known as the Walküre. As one of Richmond’s few multiroasters, the coffee selection is just as varied since the shop’s beans change every four to six weeks.

“Our lineup is always changing, so we constantly have to recalibrate our offerings, but for us that’s not a challenge because working with new coffees is what we love,” Spivack says.

For those looking to learn more about their daily brew, Spivack suggests a tasting flight of three different single origin pour overs to experience the full taste differences in coffee. If you would rather have a barista-guided experience, simply answer three questions for the Lab’s staff: hot or cold, espresso-based or no, and with milk or not?

As for what customers won’t find, Spivack is clear.

“We don’t pretend that we serve frappuccinos, and we don’t do decaf at all because the best coffees in the world will never be decaf. We’re not going to settle on coffee.”

Back to the Coffee Issue