Science of the Absurd 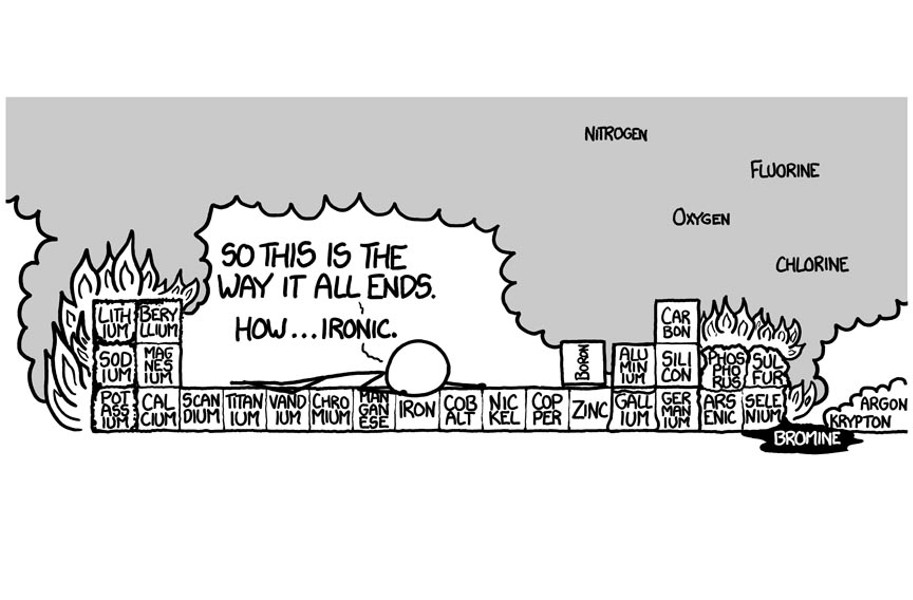 If your body started floating off into the atmosphere, would you die from suffocation or freezing?

What would happen if you tried to hit a baseball pitched at 90 percent of the speed of light?

Could you cook a steak by dropping it from the atmosphere?

What would happen if you gathered a mole, the unit of measurement, of moles, the small furry critters?

These are a handful of questions addressed in Randall Munroe’s curious new book, “What If? Serious Scientific Answers to Absurd Hypothetical Questions.” Known for his stick-figure webcomic, “Xkcd,” Munroe spent his teenage years in Chesterfield County and formerly worked as a roboticist at NASA Langley Research Center in Hampton. 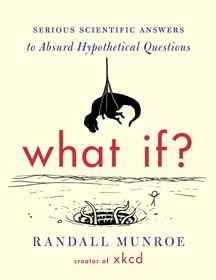 Munroe’s comic uses math, science and humor to explore human nature and relationships. “Xkcd” has a dedicated following on the Web and won a Hugo Award last year for the ambitious and breathtaking strip, “Time.” With “What If?” Munroe has inverted his formula, using his trademark stick-figure drawings and geek humor to explore scientific and mathematical concepts.

The result is something akin to going on a drinking binge with Bill Nye and the guys from “Mythbusters” — ridiculous questions are answered with humor and expertise, science is explained for the layperson, and there’s a pretty good chance something will blow up.

The questions run from the silly to the completely absurd, all of which are submitted by fans through Munroe’s website. Carefully and engagingly, Munroe describes the reasoning behind each answer and enjoys taking his findings well past the initial query for humorous and scientific purposes.

When one reader asks if the color of the moon would change if every person on Earth aimed a laser pointer at it, Munroe also explains the effect of doing the same with searchlights, Imax projectors and megawatt lasers intended to destroy incoming missiles midflight. Frequently, the Earth is forever altered through the answering of a question.

Fans of “Xkcd” may be disappointed in this book’s lack of velociraptor-related humor, but like his webcomic, “What If?” doesn’t require a deep understanding of science to enjoy. The scope of questions fielded by Munroe is impressive and the sense of wonder he imparts about the world is infectious. At times it feels like all the questions you annoyed your fourth-grade science teacher with finally have been answered by a physicist.

Could you make a jet pack out of downward-firing machine guns? (Yes!). If all the humans on Earth stood close together and jumped, what would happen? (No effect on the planet, though it would be a logistical nightmare for humans). What would happen if you tried to build a periodic table out of cube-shaped bricks, with each brick made of its corresponding element? (Lots and lots of explosions). S