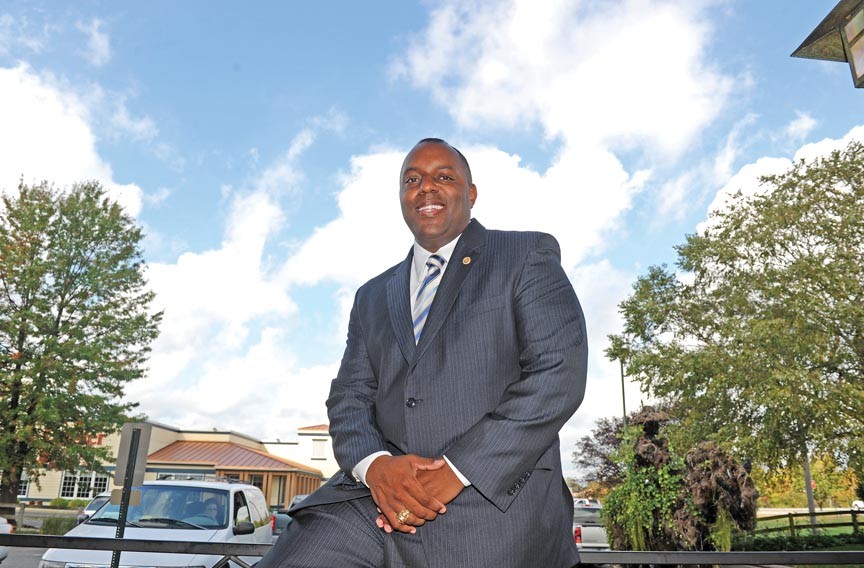 At 38, Omarh Rajah is the youngest member of the Chesterfield County School Board. He’s also the most controversial. In the last 10 months, he’s voted against expenditures for capital improvement projects at county schools and disputed claims of overcrowding at one of the largest high schools in his home district, Matoaca.

Facing two challengers in the Nov. 8 election -- one of them being Tom Doland, the member he unseated four years ago -- Rajah spoke to Style Weekly about his candidacy, and the recent controversy involving his attendance at board-related committee meetings.

Style: If re-elected, what are the issues you hope to affect as a member of the School Board?

Rajah: In my next term, one of the major things that I want to get done is to implement a GPS system in the county that will cut down on fuel consumption. And to implement bus stops away from sex offenders’ home[s]. That’s a big issue.

Second thing I want to do is to direct monies toward salaries and benefits rather than to capital projects. The current School Board that I sit on, they voted for $25 million worth of gyms. … That $25 million took away from the raises for teachers, and I was the one who voted against it.

In past years, growth in the pupil population has been an issue for the Chesterfield schools. Is that still the case?

There are five magisterial districts in Chesterfield. The Matoaca District is the fastest growing, and it continues to outpace the other four. The overcrowding is in my areas. I have the three biggest high schools. …

So, that’s why I’ve been so vocal. If funding should be given to the areas that are expanding, why are [we] putting funding in areas where the schools are under capacity? That’s why I voted against the 2012 Capital Improvement Plan budget. You’ve got to put your resources where your population is rather than where your schools are underpopulated. … I was the first School Board member in history to vote against the CIP.

There has been a perception that the good old boys run Chesterfield for years. I don’t walk to the beat of the same drum. I don’t negotiate behind closed doors about children’s education. They want everything to be a negotiation. … They want to cut a deal so they can have 5-to-0 votes. My job as an elected official is to be transparent, to express to the people that these are the reasons of where your money is going, and this is how it’s going to affect you in the future.

That’s a good sign of true leadership, that even though everyone is trying to go one direction, you have to say, “Hold on, stop for one second. … This decision is going to affect us for the next 20 years.” And that’s why there’s so much resistance, they’ve never had a board member be vocal and vote against something that they’ve been doing for years.

I don’t have a problem with my constituency. I have a problem with board members not saying that education is changing, that the techniques are changing. … You can’t run a school system like you did 20 years ago, when money was flowing into the county. They still want to continue to do the same things they did when they had a huge surplus.

But why would they not be open to those ideas? Why is giving off the perception of having a unified board so important that they would begin coming after you?

You spoke of serving your constituents. There are some who say that in terms of serving them it is important for a School Board member to actually attend [committee] meetings. What’s your take on that, and why were you not attending those meetings?

Here’s the thing. I’m a citizen legislator. I was a liaison to those committees. There’s nothing that says that you have to show up to every meeting. I expressed to my board members … when they first put me on I said I’m not going to be able to make all of these. It’s just impossible, and I’m going to tell you why. Since I’ve been on the board, I’ve implemented the most community meetings in … School Board history. I had three or four every year. I’ve attended a multitude of community events. …

As a liaison, the guidelines clearly indicate that a liaison can either get a phone call, emails -- and there’s nothing in the policy that says you have to show up every meeting. … I couldn’t attend all of them because there’s a multitude of issues that goes on in my district that needed attention. The way it’s structured, I would be out every night of the week.

But is that just part and parcel of being a School Board member, attending those meetings, even if it’s pro forma?

My job is to be available when it’s necessary for meetings. If something was very pressing, they would come and say, “Hey, we need you to be here.” And I would get there.

And this is a political issue, you think?

What do you hope the voters take away from your campaign?

That business as usual is over. If they want a strong young leader who has invested votes in the students of this county, I am the gentleman for that.