Now schools must also teach young people how to use complex technology, how to drive, how to stay sober and how to not get a sexually transmitted disease. 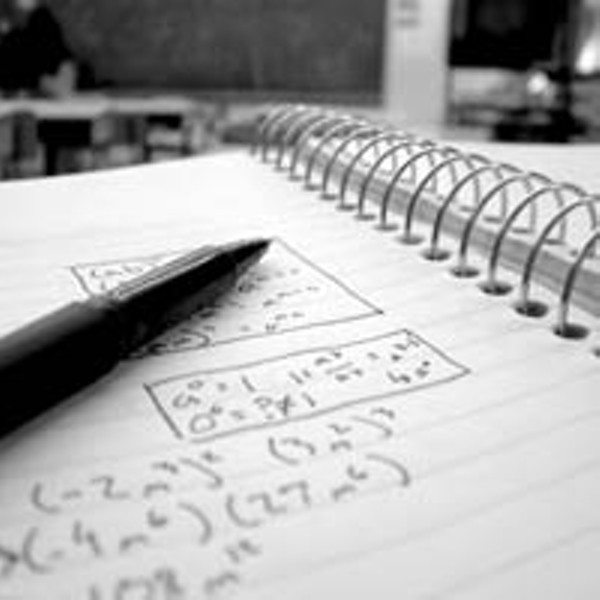 My children's academic exposure is one reason I don't understand the barrage of criticism so often directed toward public schools. The schools we taxpayers pay for, to which most of us send our kids, are teaching more children more information than ever before, and they're doing it under more difficult circumstances than ever.

I think about my high-school experience compared with the one my children are living. I remember when a girl at my mostly middle-class high school became pregnant. It was stunning, unheard of. The idea of bringing a weapon to school didn't cross the mind of anyone I knew or knew about. Everyone spoke English. Parents supported educators, so if one of your teachers said she was going to call home, you straightened up. I'm not wistfully longing for some lost and fictitiously wondrous time; I'm just thinking about some of society's burdens that have been laid at the feet of public schools today, to say nothing of the ever-increasing academic expectations created by local, state and federal governments.

And it used to be that the public schools were responsible for preparing students academically and helping them on their way to being good citizens in a democracy. That's still true, but now schools must also teach young people how to use complex technology, how to drive, how to stay sober and how to not get a sexually transmitted disease. They must offer English instruction to non-native speakers, provide after-school programs for the children of working parents, protect students from violence, offer character education and monitor for child abuse — all the while offering reduced-price breakfast and lunch for many of their students.

Given that kind of assignment, here's how our public schools have been doing nationally, according to a new report by the Center on Education Policy, a nonpartisan group with headquarters in Washington, D.C., that reports on schools across the country:

More kids are graduating from high school. In 1985, 74 percent of Americans 25 years of age or older had completed high school. In 2002, that figure had reached 84 percent.

The graduation rate is climbing while more kids are taking tougher high-school courses. The percentage of high-school graduates who earned their diplomas while completing a core academic curriculum (including four years of English and three years each of math, science and social studies) has quadrupled since 1982, growing from 14 percent to 57 percent.

Our long-standing achievement gaps are beginning to narrow. Gaps between white and minority students on the National Assessment of Educational Progress (NAEP) tests are smaller than they've been in 30 years.

NAEP scores have been rising. In 2004, 9- and 13-year-olds got their highest math scores in the 30-year history of the tests. In reading, 9-year-olds also earned all-time high scores.

SAT scores have risen slightly over the last decade, despite a record number of students taking the tests.

Pupil-teacher ratios are getting smaller. That means every student can get a little more help.

More students with disabilities are being taught in regular education classrooms.

None of this is to say that public schools are without problems and don't struggle in some areas. It is to say, however, that schools need and deserve our support far more than our criticism. Facing some impressive obstacles, they're doing some outstanding work.

It's a good thing, too, because the work of the public schools is absolutely essential. Public schools are where we try to level the playing field for children of all races, religions, ethnicities and socioeconomic levels. Schools are where we prepare young people to be productive workers, helping support economic growth, international competitiveness and social security. Schools are where we learn to get along. And schools are social work on the cheap — it costs far less to educate a child than to incarcerate an adult later (high-school dropouts make up more than half of our prison population), or to support a teenage parent, or to finance bulging welfare rolls.

It's time to stand behind our public schools. We need them more than ever. S

Tom Allen is a freelance writer and father of three public school students.