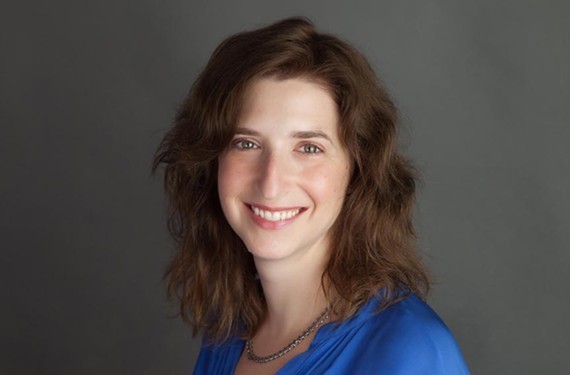 With 1708 Gallery, Studio Two Three and the Visual Arts Center of Richmond, Lauren Ross has launched the RVA Critical Art Writing Program to encourage new writers and publishing platforms in the Mid-Atlantic region.

For a fee of $250, six aspiring writers will be selected and paired with six established mentors from September to December – the deadline for submissions is this Friday, Aug. 18. Each of the six sessions will feature a different mentor who will provide writing assignments, one-on-one feedback and information about career paths.

For its inaugural year, fall mentors include Chris Vitiello, a writer in North Carolina and recipient of the inaugural Rabkin Prize for Arts Journalism, and Noah Simblist, a writer for Art Papers and the new chair of Painting and Printmaking at Virginia Commonwealth University.

“I want Richmond to be seen as a place to build a career and a desirable place to exhibit,” she explains. “No press coverage is disappointing to an artist, but when you give an exhibition coverage, suddenly the audience grows exponentially.”

Ross, who will serve as workshop leader and mentor, chose Richmond as the launch site because, she says, “I’ve fallen in love with Richmond. It’s a job that brought me here, but it’s gone away and I want to stay. The art infrastructure here is strong and in an exciting growth phase.” She declines to offer comment as to why she left her job as curator at the Institute for Contemporary Art.

Loosely based on similar writing programs, including Atlanta-based Burnaway’s Art Writer Mentorship Program, RVA Critical Art Writing will provide emerging talent with, as Ross explains it, “A little how-to – for example, how do you approach an editor or how can you improve your writing skills – while also encouraging people to self-publish.”

“One thread throughout the program will be discussing the differences between art description and true criticism,” Ross says. “I’m a believer in criticism, and criticism doesn’t mean being cruel. Criticism is much more sophisticated. It advances the dialogue in a critical way and goes beyond ‘I like this and I don’t like that.’ One of the disadvantages of living in a small community like Richmond is that there’s a reluctance to be too critical.”

Vitiello agrees. “When you're working outside of an art center like New York, you find a lack of understanding of what criticism is for. A preview piece that says what paintings are going to be hung where and when isn't a critical review,” he says. “I try to work in between a general and a critically-engaged art audience, so the leisure art-goer can bring a critical perspective without being alienated by art-speak, and the MFA crowd can remember that everyone gets to have substantial art experiences.”

Another disadvantage for Richmond is distance. “Although I work within a large arts community, I’m quite isolated as a critic,” Vitiello says. “We’re sort of far-flung through the Southeast and it’s hard to improve without a community of critics around you.”

Ross, however, hopes to remove the isolation. “Helping writers find their voices,” she says, “and seeing their bylines appear in print is what I consider a success. Ultimately, I hope to provide more open discussion and consideration of artistic practice in Richmond.”

The deadline for applications is Aug. 18 and you can find more details by going to this address: https://fs2.formsite.com/1708gallery/form22/index.html