From the toughest tier at the city jail to new jobs and a fresh start, Kingdom Life Ministries gives inmates a second chance. 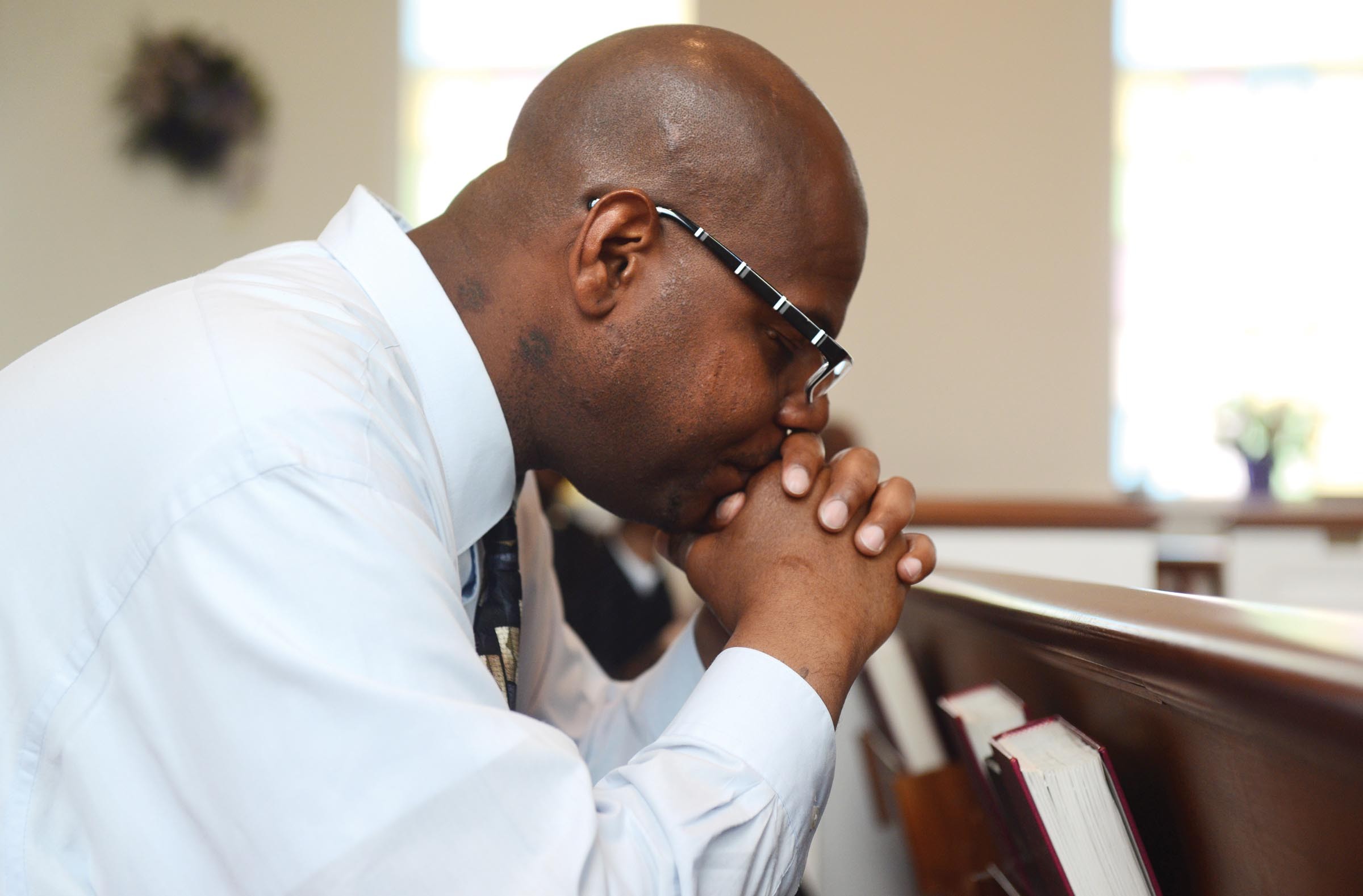 Karl Green recalls committing his last act of violence as if it were yesterday. Three years ago he was serving time in the Richmond City Jail. A veteran of Virginia's correctional system, he had a simple survival strategy: Don't take nothing off nobody. "I was like a beast in the jungle," Green says. "I had to become wild to survive."

When he wanted to watch something on TV, he changed the channel. If someone didn't like it, he threw the TV on the floor. He used the phone whenever he wanted. If someone objected, he yanked the phone out of the wall. Kindergarten rules don't apply in jail, he says: "There are wolves snapping at you!"

Prison authorities had stuck Green in a small, high-security tier for beating up a man in a poker game. The street enforcer, now 52, quickly established his dominance over the younger men; they called him "uncle," a term of respect given to older inmates. Then a new guy showed up. This dude was big and strong, and he acted like he ran the show. Picking fights, he intimidated the younger guys. "He thinks he's tough," Green told himself. "I'll show him who the real five-star general is."

One day the new guy was watching television. Green turned the knob to a different channel.

He changed the channel. Green changed it back. "I said, 'I know you're a talker now. We don't have to do the dance with the TV. I'm challenging you. I'm going to beat your ass to submission.'"

Half a lifetime of heroin addiction had sapped some of Green's natural strength, but he still had quick hands and lots of street-fighting experience. After some more posturing and trash-talking, the two men grappled. The younger man tried to grab him in a bear hug. Green hit him with an upper cut and again in the cheek. He slammed his head into the prison bars and, as the fight rolled around the tier, into the commode.

"He started crying, started pleading to the little dudes to pull me off him. I was stomping him on the back. He rolled under the bed. 'Uncle, I don't want no more. You're the best.'"

One of the younger men in the cell asked Green to stop. And he did. He sat down on a table. "I started to cool off," Green says. "The blood-red veil came off from my eyes like a curtain lifting."

That night he lay in his bed. "I prayed that Jesus would come into my life and I would never have to do another violent act," he says. He was getting bone-tired of dealing drugs, beating people up, floating from place to place and having few true friends. He stayed up that night reading the Bible. The next morning, the guards said, "Pack your bags." They were moving him to a different tier, the so-called McCovery tier.

The McCovery tier was a section of the jail where outsiders put on self-improvement programs, including Narcotics Anonymous, anger management, Bible study and preparing for life on the outside. Green fell into a circle of men involved in a program that later would be called Kingdom Life Ministries.

"I got serious about reading the Bible," he says. "The more I did, the more I saw my life becoming free, clear, with more promise, more hope and more purpose." He says he started shedding his aggressive behavior "like a snakeskin."

After a while, the authorities moved Green to the state prison system. He missed the fellowship of the inmates on the McCovery tier, and worried what would happen when he was released. If he moved in with family or friends, as he'd done before, Green feared he would drift back to the streets. He wanted to reconnect with the men on the program tier. As luck would have it, when his sentence was up, Kingdom Life Ministries had an empty slot at its transition house near Virginia Union University.

Moving in, Green committed to remain there a year and promised to live by the strict house rules: no drugs, no alcohol, no women. He studied the Bible and went to church. He found a job, went to work every day and paid his share of the rent. After his year was up, he found his own place.

Does Green ever fear he'll slip back into his old ways? "That doesn't even cross my mind. I won't go back," he says. "I'm three years clean, and I'm not going to give that up. I want to stay in God's grace until he calls me home."

Virginians spend $1 billion on the state correctional system and many millions of dollars more on local jails. One reason is that there are so many repeat offenders. When released, inmates of jails and prisons get the proverbial $25 and bus ticket home. All too often, they gravitate to their old haunts and old associates, and fall back into drug abuse and other habits that got them into trouble.

According to research conducted by Sarah Scarbrough for her doctoral dissertation at Virginia Commonwealth University, Kingdom Life Ministries has built a promising track record during its brief history. Tracking some 500 men who participated in the program for three and a half years, Scarbrough found that only 34 percent were re-incarcerated during the study period, compared with 44 percent for jail inmates as a whole.

As part of her dissertation, Scarbrough calculated that the program's reduced recidivism rate saved the city roughly $7 million during the study period, plus nearly $1 million in lower medical charges because of fewer men hospitalized from fights. Before the ministry moved in, assaults were a routine event on the tier. Since then, she says the number has fallen to zero. If the commonwealth could replicate those results across the state, she says, it could save hundreds of millions of dollars yearly.

While finishing her doctorate, Scarbrough took a full-time job as director of Virginia's Executive Mansion, but she still devotes considerable time to Kingdom Life Ministries. Serving on the board of directors, she and other board members are working to expand the organization. They have recruited prison-ministry veteran Harry Greene (no relation to Karl Green) as organizing director. During a 20-year period he'd grown Richmond-based Good News Jail and Prison Ministry into an international organization that has placed chaplains in jails in 21 countries.

"KLM is the best-kept secret in Richmond," Greene says. "The program is outstanding." By September, he aims to have built an organizational structure and developed a fundraising plan. The long-term goal is to operate 15 transition houses throughout the Richmond region and Central Virginia.

The Richmond jail is overcrowded, averaging 1,400 inmates per day in a 1960s-vintage facility designed for 856 people. When he took over in 2006, Sheriff C.T. Woody says inmates slept on the floors and wandered the halls freely. Visitors smoked pot in the parking lot and smuggled drugs into the jail. Inmates extorted other inmates, Woody says. Violence was endemic.

The sheriff says he instituted sweeping changes to restore discipline in the jail. In what he calls "one of the best moves I made," he expanded the presence of faith-based ministries. When he arrived, only two chaplains were visiting the jails. Now there are 86 religious organizations delivering 130 programs and dispatching some 70 to 80 chaplains to minister to inmate needs both spiritual and practical. 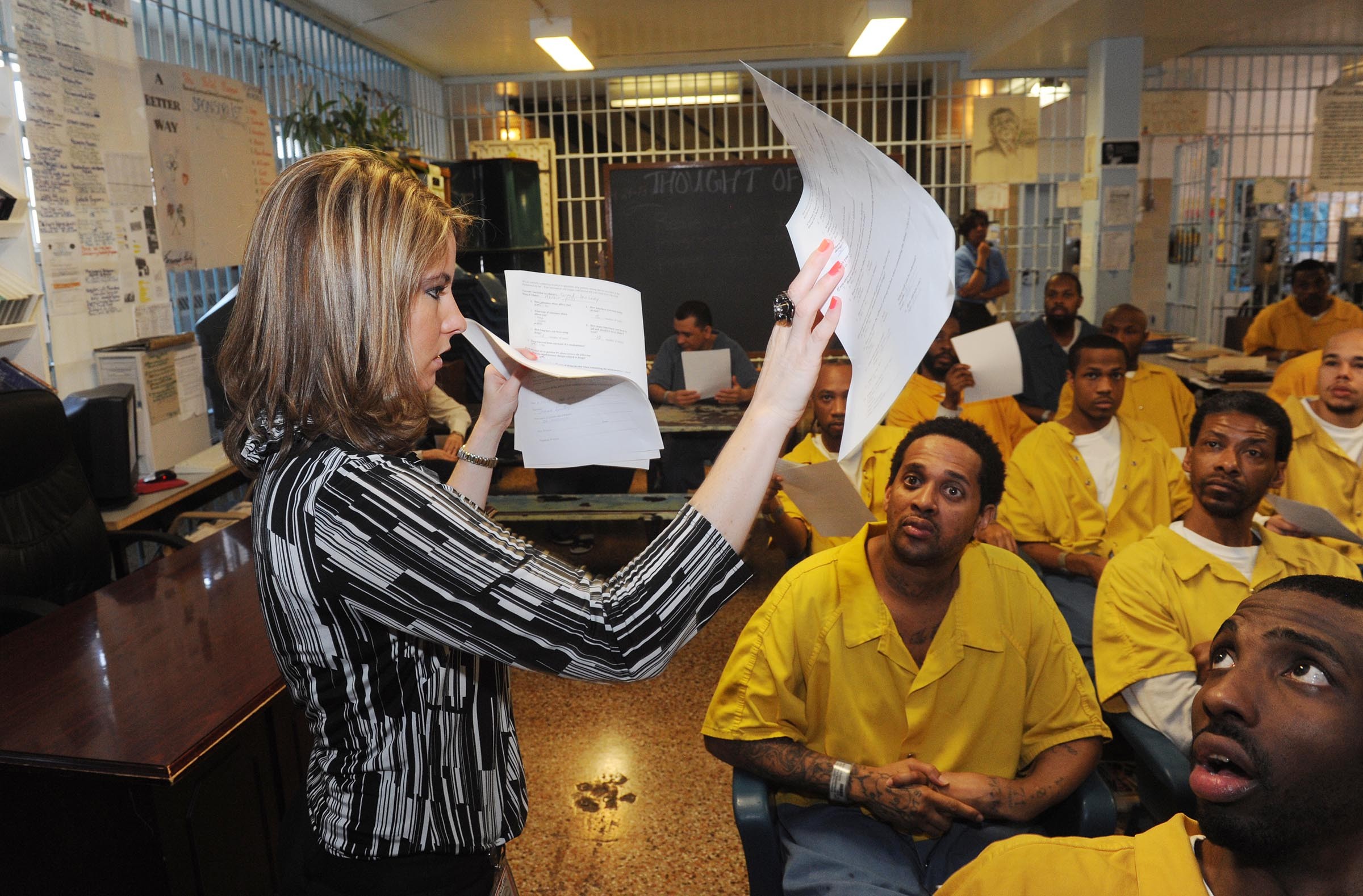 The McShin Foundation, founded by Richmonder John Shinholser, was one of the first groups to respond to Sheriff Woody's call. Shinholser, a former addict, has made drug and alcohol rehabilitation his life's mission.

"Jails aren't what they were 30 or 40 years ago," Shinholser says. "They're not full of criminals. They're full of addicts who do criminal things. ... The criminal justice system is focused on the war on drugs. The war on drugs is not the solution. When you treat addicts and alcoholics like they have a disease, you'll get a better outcome than if you treat them like a bad guy."

In 2007 Shinholser introduced the McCovery program to the F2 tier of the city jail. By August 2009 the program experienced enough success to sustain itself as a freestanding not-for-profit company. After turnover at the executive-director level and the engagement of new board members, the program became Kingdom Life Ministries in October 2010.

Sheriff Woody is a big supporter. The program has helped transform "the worst of the worst," he says. "That was the most feared tier in here. ... The program has taught these men to believe in themselves, respect others and attend to family. It works miracles."