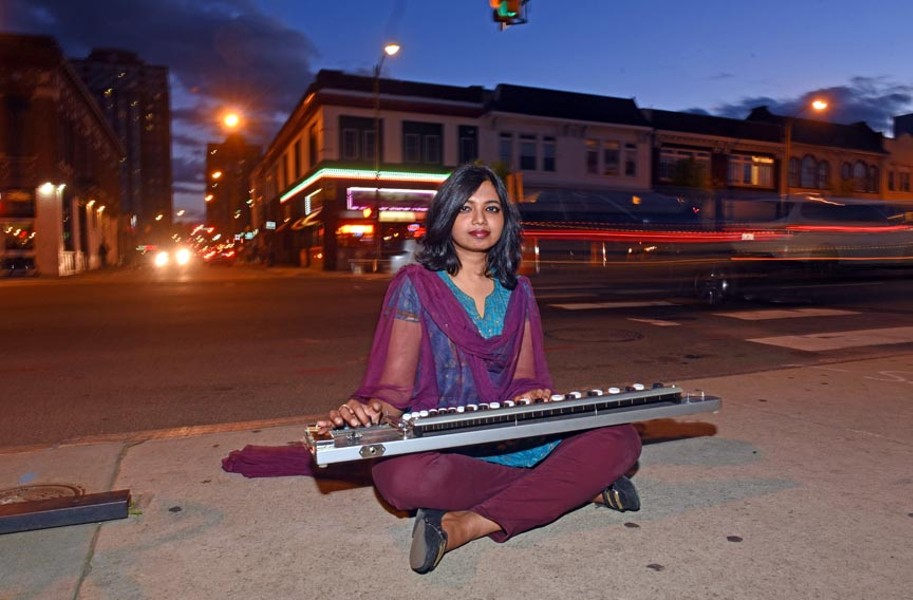 Whether she’s working by day at the VCU Medical Center, or creating atonal experimental sound collages at night in performance spaces across the city, Sarmistha Talukdar is adept at seeing patterns.

Talukdar moved here four years ago from Kolkata, India, to work as a cancer researcher. After attending a noise music showcase, she became immersed in the city’s talented experimental scene.

Her atmospheric music, under the project name Tavishi, combines her study of Indian classical music with avant-garde leanings for a multilayered soundscape that she calls “avant, Indo experimental,” enhanced by dreamlike videos that the 32-year-old photographer also creates.

She labels one of her original compositions a “data sonification soundtrack” because it converts into music amino acid sequences from the molecules from cellular signaling that play an important role in development.

Talukdar found the Richmond music scene to be “rich, talented and diverse,” she says, but didn’t feel welcome or supported when she started performing.

“I experienced some incidents that were very patronizing,” she says, declining to go into specific details or call anyone out. “[Basically] people who are not aware of their bodies [at shows] and how they affect other people.”

In response, Talukdar created an experimental improvisation collective, Womajich Dialyseiz, made up of women, femmes and gender nonconformists. The group performs publicly as well as books shows and facilitates community workshops on experimental music, technology and socio-political subjects.

She says the group has found a number of do-it-youself groups that are supportive, such as Three Moons and Rockbottom, and focuses on providing safe spaces.

“I just hope that femme musicians will not be scared about speaking up, not afraid to explore diversity and different mediums of creating music,” she says. “Women have always been there, it’s just the visibility has not been there.”