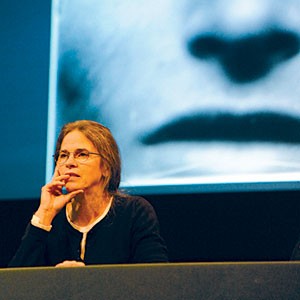 Are the culture wars over?

Ten years ago, then-Gov. Jim Gilmore ripped the Virginia Museum of Fine Arts a new wing after Lexington photographer Sally Mann showed a lecture audience the images she was best known for: unsettling photographs, some nude, of her young children.

Gilmore had never seen Mann's work, but had received a letter from an irate patron. He ordered the museum to immediately put policies into place that would prevent such “outrageous displays” from occurring on state-owned property.

On Saturday Mann returned to the museum to participate in a panel discussion about her new exhibit, “The Flesh and the Spirit.” When Mann's photographs — of her children, nude; her husband, Larry, nude; and even decaying corpses, nude — were shown, not a murmur was heard from the sold-out auditorium.

Brian Wallis, chief curator of the International Center of Photography, praised the museum for its “courage in mounting this show.” Wallis recalled another incident in the museum's history that touched off the late-20th-century “culture wars” — its exhibition in 1989 of Andres Serrano's photograph, “Piss Christ.”

“The whole ‘culture war' thing, that blindsided us,” Mann says. She never expected to have to constantly defend her work, she says, and she maintains that her three children understood her intentions and participated in the work.

“I think they knew what was going on. Did you?” she asks her now-grown children, sitting in the front row during the panel discussion. They nod.

The new Mann exhibit, which opened Nov. 13 and runs through Jan. 23, features only a handful of the images of children that made her famous. Much of the work consists of intimate portraits of Mann's husband, of her children's faces, and for the first time, of herself.