Executive Director of Virginia Department of Game and Inland Fisheries 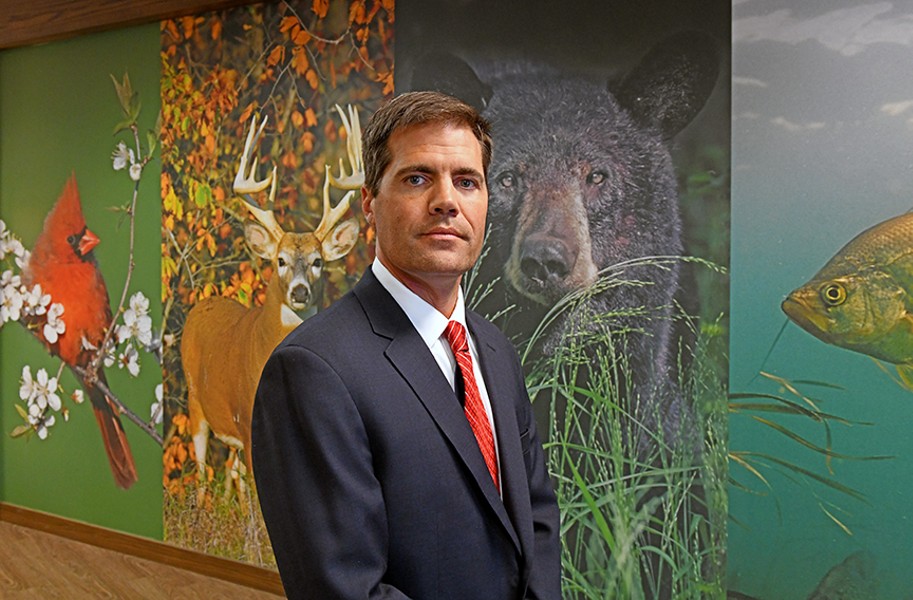 Raised on a family farm in rural Fork Union, Brown spent most of the time outdoors, so he’s always had a close relationship to nature. As a lawyer, he has built a career around representing Virginia’s natural resources.

Before his current job he was counsel for many of the state’s natural resources agencies and subsequently left to be in a private law practice, which was more lucrative but didn’t last. “Really the financial rewards pale in comparison to leaving a legacy behind of working on issues that I’m passionate about,” he says. “And there’s nothing I’m more passionate about than conserving Virginia’s wildlife resources.”

In Virginia, there are about 400,000 hunters, 800,000 anglers and 2.5 million wildlife watchers. Brown became executive director of the Department of Game and Inland Fisheries last July, the youngest to take the helm of the agency many people think of for hunting and fishing (boating safety, too). But they also provide a comprehensive wildlife management agency, including threatened and endangered species.

“I’m most proud of enabling the other 450 staff members to do their job,” he says. “Key topics for me are increasing our outreach efforts to expose the greater public to recreation experiences and wildlife, as well as bringing the agency into the future.”

One study recently found Virginia to be the 12th most diverse state in the country in terms of population and Brown already has a big push underway to diversify his staff and have outreach efforts reach all Virginians, he says. He’s currently in the process of hiring a diversity inclusion officer.

“Our job is to open people’s eyes to the opportunities right in front of them, that they may not even realize,” he says.