The local dance community is growing and has an inaugural award ceremony. 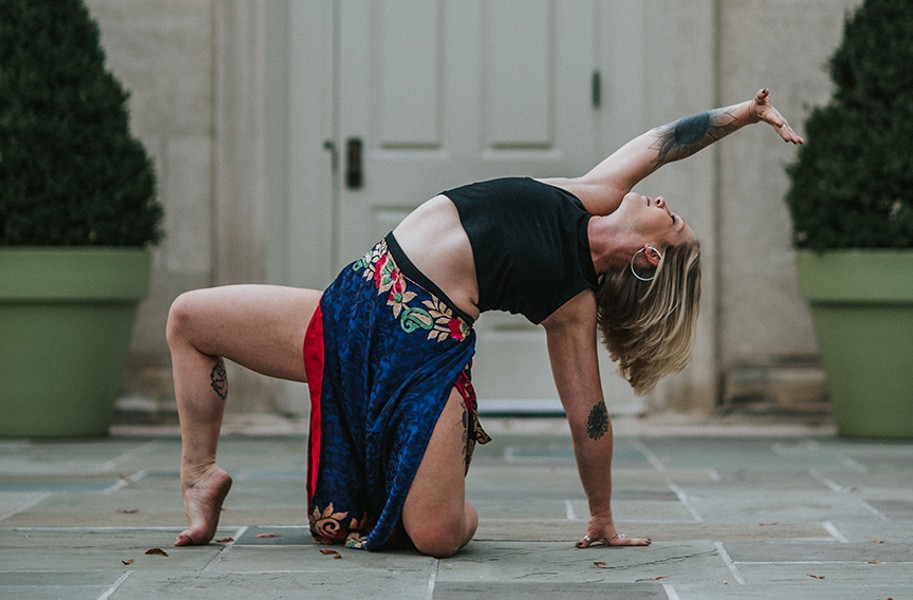 For the first time, the dance community of Richmond is coming together to hold its own awards ceremony. The inaugural 2019 RVA Dance Awards has 21 categories of dance superlatives, ranging from youth performer of the year to a lifetime achievement award.

Each category’s nominees were announced after a public period of voting, resulting in more than 50 dancers and companies vying for trophies on Wednesday, Dec. 11.

Deandra Clarke, the organizer of the event, is a director of Studio 4 Dance Agency and a professional hip-hop choreographer. She is most responsible for the sold-out event. “I got the idea for the awards one night after dance rehearsal,” Clarke says. “We were all sweaty, and I thought, ‘People in this industry need to be recognized for their hard work.’”

Clarke created a website with a ballot asking local dance studios, companies, nonprofits and artists for nominations in the 21 categories. There were no limitations on how many times one person could vote. The official nominees were announced in September via the RVA Dance Awards’ social media page.

“Everything was numbers-based unless it came down to a tie,” Clarke says. “If that happened, I [resorted] to my voting committee comprised of local dance experts and professionals to make the final call.”

After the awards were announced, other members and organizations of the dance community expressed interest in Clarke’s project and became in-kind sponsors. One sponsor is Katrina Boone, owner of Gianna Grace Photography and creator of Dancers of RVA. Boone has donated all photography including individual shoots of each nominee as well as photos of the blue carpet ceremony.

“When Deandra first announced that she was doing this, I immediately wanted to contribute,” Boone says. “I wanted them to feel celebrated, so I’ve had about 40 10- to-15-minute shoots with every nominee that wanted one.”

Boone’s photography project, Dancers of RVA, features monthly dancers who practice or teach in Richmond by giving them professional dance photo shoots and quotes. She also provides each nominee for the ceremony with a dance shoot and a new quote.

“One of my favorite things I like to ask the dancers is, ‘Why are you excited?’” Boone says. “I’d listen to their stories and tales of how they’d gotten into dance, and I just wanted to share that excitement and enthusiasm with the world.”

Another sponsor is Dogtown Dance Theatre, a nonprofit dance organization that helps independent dancers start their careers. Dogtown has donated about 50 hours of rehearsal space for the performers of the ceremony. These performers include the Brand RVA, Karar Dance Company, RVA Dance Collective Youth Ensemble and Studio 4 Dance Agency.

Dogtown’s executive director, Jess Burgess, also wanted to contribute to Clarke’s project in any way she could because it is one of the nonprofit’s visions to make Richmond a destination for dance professionals.

“The dance community has significantly grown in recent years, and we are all so grateful that Studio 4 and Deandra are making this happen,” Burgess explains. “Dance was one of the last art scenes in Richmond that did not have an annual awards ceremony and I believe it was because the community wasn’t ready.”

Both Clarke and Burgess say they felt the growth of Richmond dance take root in 2018. Urban Bush Women visited the Modlin Center for the Arts last year and held auditions, free public classes and performances. More accessible dance events, classes and workshops appear to have sprouted in the city since then.

“Now the community is at a place where we can support and uplift one another without competing with one another,” Burgess says.

RVA Dance Collective also held a large collaborative dance production titled “Dark Side of the Moon.” The piece featured dancers from Dogwood Dance Project, Radar Dance Company and is nominated for best collaboration at the awards.

“I got to see ‘Dark Side of the Moon,’” Clarke says, “but I didn’t get a chance to see Radar’s performance this year. I love how fast the community is growing and how much we support one another now.”

The 2019 RVA Dance Awards are being held at the Hofheimer Building on Wednesday, Dec. 11. It has sold out.