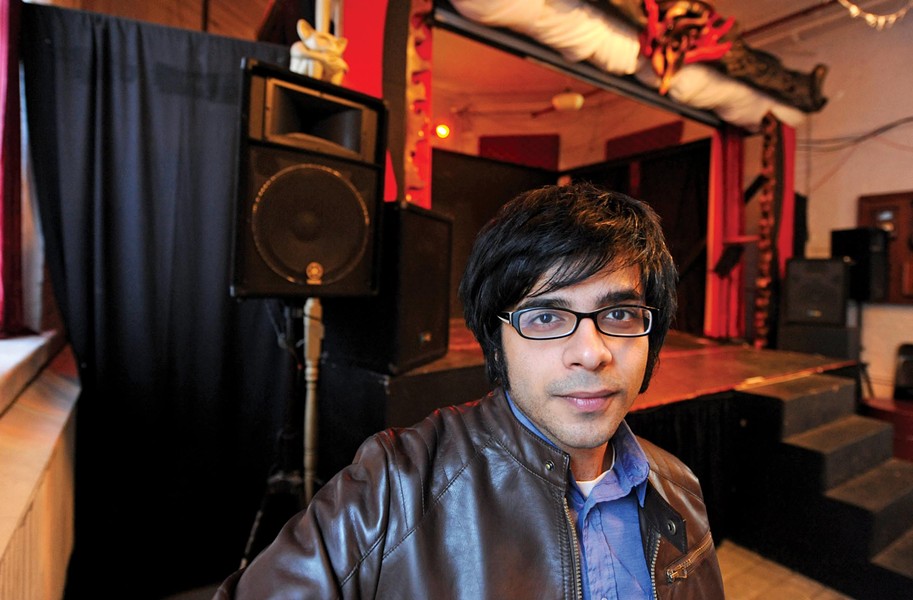 Virginia Commonwealth University police have arrested two men in connection with a brutal attack on the lead singer and guitarist for the Richmond band Goldrush.

Prabir Mehta says he was riding his bike to visit a friend Aug. 28 when two men assaulted him at Broad and Harrison streets outside the Siegel Center.
The Indian-born 34-year-old suffered four broken ribs, a fractured shoulder blade, a swollen spinal column and internal bleeding. He was unable to move for 12 hours after the assault. It was only after doctors were able to stabilize his swollen spinal column that he was able to begin the long, painful and expensive process of healing.

Mehta says he's regained full use of his legs and right arm, but has a severely damaged left arm. Doctors tell him they hope he'll regain full use of it by late November or early December.

"I'm hoping to have the arm up and running by the end of October," an upbeat Mehta says by phone from his home in Jackson Ward. "I'm a fast healer."

Friends have rallied to help the musician and Gallery5 board member with his mounting medical costs. A benefit show with performances by Goldrush, My Darling Fury and others was held at Emilio's last Thursday. As of Monday, a SuperPrabs Fund on gofundme.com, set up by Erin King, had raised more than $13,500 from 325 donors.

"I've been really touched by the outpouring of support from people since the attack," Mehta says. "It's strange, though — I'm used to being helpful, not helpless, but the support and words of encouragement I've received from friends and strangers alike is something I didn't expect and most certainly something I will never forget."