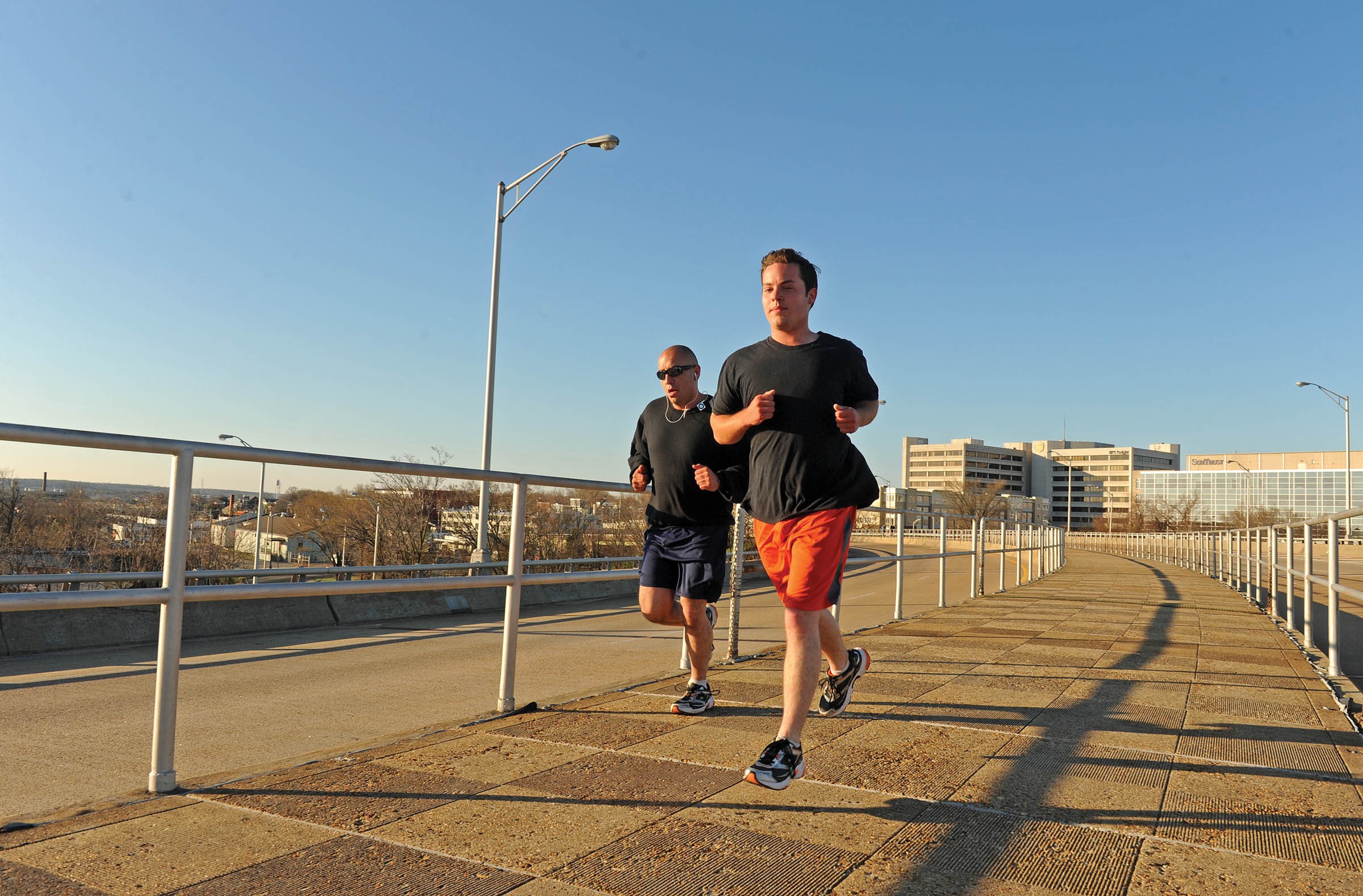 Preston Fox is a 23-year-old heroin addict in recovery. He's working through his fifth in-patient drug treatment program and hadn't engaged in a serious athletic pursuit since he played Little League Baseball in Mechanicsville.

That was until he started training this winter to run the Ukrop's Monument Avenue 10-K. Alongside him are men and women who make up one of the more unlikely teams planning to compete in the April 13 race — a group of 24 recovering addicts.

The Healing Place, a homeless shelter and addiction treatment center in Manchester, has paired residents with volunteers from Richmond's running community — those bright-eyed, early-rising types you see jogging up and down Monument Avenue.

Fox says it took him some time to get used to the training regimen. "The first time we ran it was only a mile," he says, "and I was like red-faced, and I could barely breathe, and I was coughing up a bunch of stuff."

Every week since, he says, it's gotten easier: "Last week we ran six miles and I ran the whole six without stopping. … Even if it kind of sucks during the actual run, I feel better afterwards."

The force behind the team is Stevie Toepke, a consultant and avid runner. Toepke was volunteering at the Healing Place last year while preparing for the race herself when she decided to see if any of the residents wanted to train with her. Eleven volunteered, all of whom completed the race.

Toepke says the kind of mental and physical discipline required to train for a race complements the work that goes into recovering from addiction. "The process of running can be so painful and so awful that there's nothing quite like that smug feeling of accomplishing your goal," she says. "There's a sense of being able to push past your own limitations and boundaries and your own inertia, and it's just so powerful."

Tom Bannard, special projects manager at the Healing Place, echoes the sentiment. He says the act of training for and then competing in a race allows the residents to set and accomplish goals in a group setting with plenty of peer and community support.

"You'll hear guys say, 'I've never really finished anything in my life, and I'm excited about finishing this,'" Bannard says. "The other side of it is, when you're living in a homeless shelter, just doing something normal like running with average people on a Saturday morning is a pretty big deal."

The volunteer running coaches meet at the Healing Place on Saturday mornings. Before the run, the men gather inside. Donated supplies, including running shorts and in some cases shoes, are distributed.

"We had to rally a lot of resources," Toepke says. "The first day, we had people running in loafers or work boots or tennis shoes with holes in them."

Everyone is on the road by 7:30 a.m., and the pace varies widely. There are walkers, joggers and a handful of team members who stride out like naturals. Most of the men say they're less concerned with running the race in record time and more interested in being able to say they finished.

Fox puts it this way: "I haven't had that many accomplishments in the last few years and I've always been kind of flaker. Now I can set this goal and actually do it for once." S

You can contribute to the The Healing Place's Monument 10-K team here.