"Visions of France" takes it to the street at the VMFA. 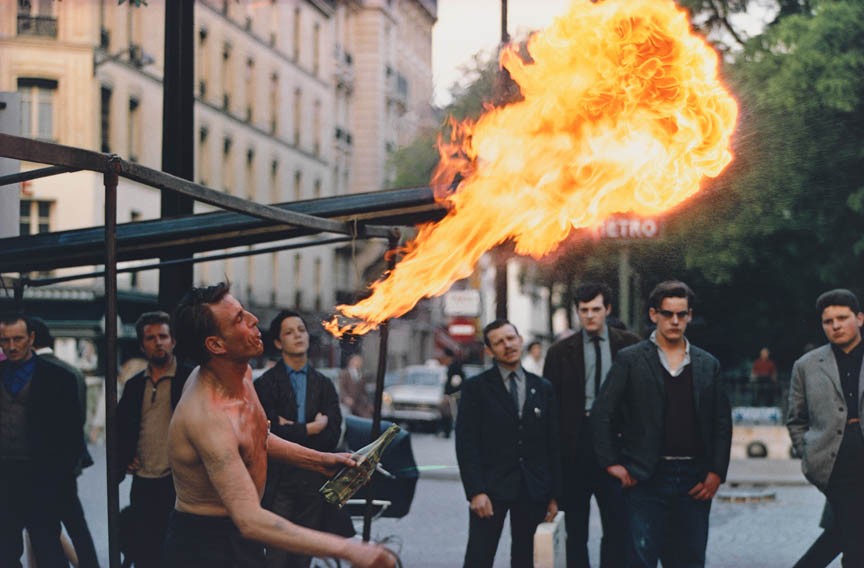 The Virginia Museum of Fine Arts' new exhibit "Visions of France: Three Postwar Photographers" delivers a sampling of some of the best practitioners of the form. With three generations presented, the show's a prime overview of street photographers who captured spontaneous images of daily city life while developing distinct styles. Robert Doisneau, Édouard Boubat and Joel Meyerowitz, the only living member of the three, have uniquely different working methods but similar visions.

Doisneau chose to find a scene that spoke to him — perhaps for its charm, oddity or uniqueness — and wait for passersby to people it, even it took half a day of waiting. His intention was always to draw out a sense of place. "He was more of a fisherman," says the show's curator, Sarah Eckhardt. "His photographs are so cinematic. You get a sense of how determined he was."

Included midway through Doisneau's photos is the iconic "The Kiss," showing young Parisian lovers kissing on the street. It originally was shot for "Life" magazine. Acknowledging that the photograph hung on many a college dorm-room wall in poster form, Eckhardt purposely chose not to use it as the first image because of its ubiquity. Instead, it's the third. "It helps to understand him in context," she explains.

On display after Doisneau is Edouard Boubat, 11 years younger.

"He was more of a hunter," Eckhardt says. "He believed there was one photograph waiting for him and he had to find it. It's the opposite approach." Part of that style included taking few pictures, and often, just one.

Boubat's most famous work, "The Little Girl with Dead Leaves," is on display. It shows a child from behind wearing a cape of dead foliage. Boubat says he was walking through the Luxembourg Gardens after the war when he happened upon her, always believing she was there for him alone and that he could have walked the gardens repeatedly and never seen her again.

The third street photographer, Meyerowitz, is the only American and the only photographer in the exhibit to work in color. "Man on the Champs Elysees" gets viewers acquainted with Meyerowitz and invites you to follow the corpulent neck and shoulders of the man in a hat while he heads down the center of the street and into the heart of the city. Meyerowitz's street photographs, taken in the '80s, hang beside his landscapes, which evoke a moody quiet and sense of place. Although he has less name recognition than the other two photographers here, he's the link to a younger generation of artists. 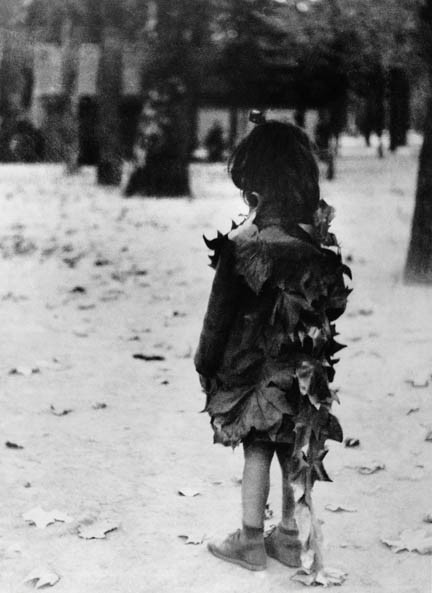 "Visions of France" is that rare treat, offering a glimpse into the depth of the museum's photography collection, which museum employee George Cruger initiated with 83 acquisitions, including a Meyerowitz, in 1973. Now more than a thousand pieces strong, it's an intermittent pleasure because photographs can only be displayed for six months at a time because of their light sensitivity.

"It's an opportunity to focus on the strengths of our photo collection," Eckhardt says. "And who doesn't love a photograph of France?" S

"Visions of France: Three Postwar Photographers" is on display until July 8 at the Virginia Museum of Fine Arts, 200 N. Boulevard. For information, call 340-1400 or go to vmfa.state.va.us.