Exploring the power of pauses in Barksdale's "Circle Mirror Transformation." 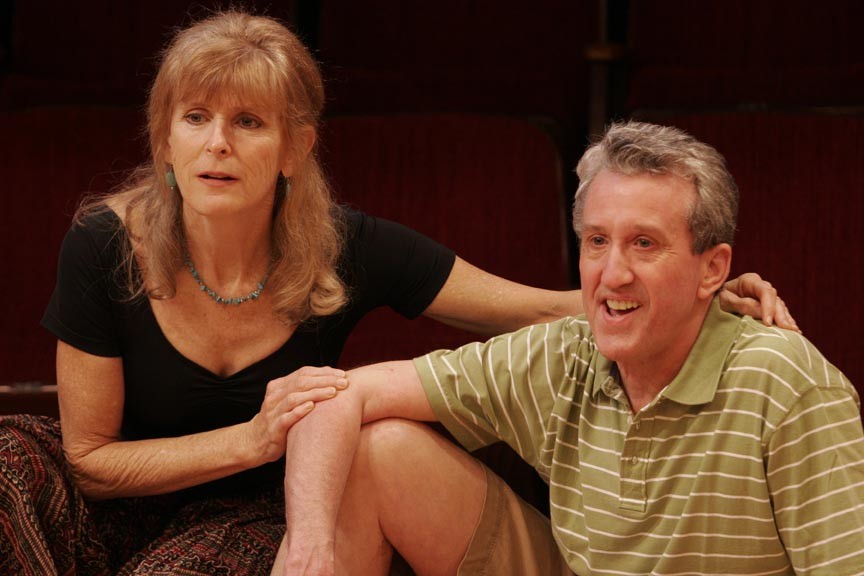 Silence is one of the scariest things in live theater. It represents a void aching to be filled, an interlude in which both actors and the audience are prone to getting fidgety.

So Barksdale Theatre deserves kudos for staging "Circle Mirror Transformation," an Obie-Award winner for best play that's chock full of awkward silence. The dead air is authentic in the context of the play: Four strangers have come to a Vermont community center to take a creative-drama class and pauses — looong pauses — punctuate their interactions while they get acquainted.

This kind of measured explication only succeeds if the actors command attention even in static moments. Director Steve Perigard's accomplished cast does more than that, using the silences to help illuminate each character's path toward self-discovery.

Leading the way is Kelly Kennedy, who plays instructor Marty, a hopeful child of the '60s whose cheerfulness grows forced while relationships develop and fall apart during six weekly sessions. She leads a variety of hippy-dippy exercises (lying in a circle counting to 10, dialogues using nonsense words) and her students embrace them with varying degrees of enthusiasm.

Recent divorcé Schultz (Ford Flannagan) is most enthusiastic about connecting with Theresa (Erin Thomas-Foley), an actress who has fled New York looking for a more supportive environment. Marty's husband, James (Daniel Moore) seems like he's just along for the ride but ends up finding more than he expected. A standout here is Maggie Horan as 16-year-old Lauren. She seems shy but is the only student brash enough to ask, "Are we going to be doing any real acting?"

The action plays out on a mostly open stage but set designer Chris Raintree includes several key adornments, among them a seemingly magical clock that marks each scene. He also works with lighting designer Matthew Landwehr to create some clever stage magic that adds texture to the show's conclusion.

Two hours long without an intermission, "Transformation" requires patience from the audience and its rewards are often modest. But Perigard allows his actors to fully inhabit these characters, resulting in some vivid portrayals. If you like your theater narrow and sensitive rather than broad and loud, you'll be delighted. S

"Circle Mirror Transformation" plays at Barksdale Theatre at Willow Lawn through May 22. Tickets are $19-$40. Call 282-2620 or go to barksdalerichmond.org for details.