For her 18th choreographer’s showcase, Starr Foster is bringing the audience in close to celebrate Pride month.

That’s the clear message of the Mid-Atlantic Choreographer’s Showcase, the brainchild of artistic director and choreographer Starr Foster. The dance event returns for its 18th annual iteration with three performances of new and reimagined works on June 4th and 5th.

Foster has garnered numerous accolades over the years, including a Theresa Pollak Prize for Excellence in the Arts, since founding her own company, Starr Foster Dance, in 2001. But she launched the choreographer’s showcase in 2002 because of limitations she faced as a young artist trying to get her new pieces accepted by dance festivals.

“In general, dance festivals want work that’s been performed previously and, to apply, you need something filmed with lighting and costumes,” she explains. “Most artists can’t afford to fully produce a new piece just to film it for submission.” 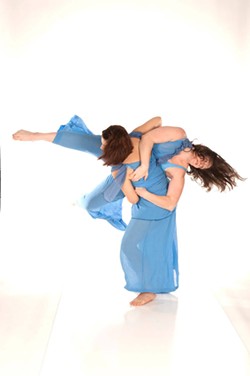 Originally branded as the Richmond Choreographer’s Showcase and specifically focused on elevating new work, Foster’s idea was a hit from the beginning, drawing submissions from around the country. The logistics of having to support performers traveling from California and other far-flung locales ultimately prompted Foster to narrow the focus to artists in the Mid-Atlantic region. This year’s choreographers hail from Brooklyn, Philadelphia, Virginia and North Carolina.

For the first time, the showcase challenged applicants with two limitations. The first was that the piece had to focus on LGBTQIA+ themes or address issues around gender and sexuality. “I thought it would be great to celebrate Pride month because dance hasn’t generally been a part of that celebration,” Foster says.

The second limitation involves the performance space. For most of its tenure, the showcase has been held at the Grace Street Theatre adjacent to VCU. But Foster’s company is currently resident at The Basement, a downtown subterranean venue that lacks a spacious stage and the airy fly space needed for an expansive performance. Foster turned the limitation into a challenge to the choreographers.

“We decided to use the prompt of ‘On a Square in the Round’,“ explains Foster. “Our stage will be a 14 by 14 foot square with seating in the round, which is unusual for dance. There’s no upstage or downstage when you’re working in the round.”

Foster felt sure the strict requirements would result in a limited number of submissions. She was wrong. “We ended up getting more than 100 applications, while in previous years we’ve received somewhere between 80 and 100,” she says. “People are really hungry to do work.”

The showcased pieces will reflect that hunger. While only two will be true premiers, the other four are previously performed pieces that have been restaged to accommodate having an audience on four sides. “As an artist, I think that process is really exciting,” Foster says. “You get to dive back into the ideas that inspired you at first and reimagine them in the round.” 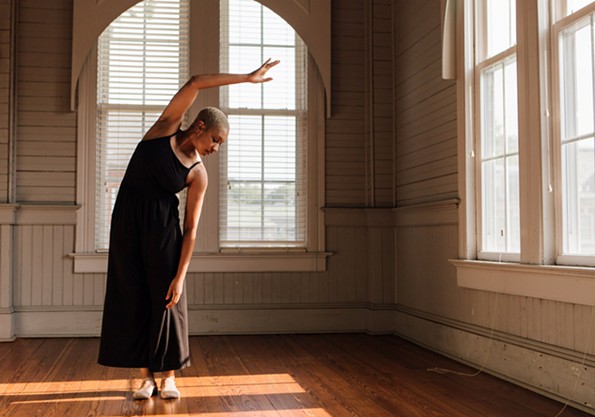 She thinks the staging in The Basement will give audiences a thrilling experience, and one that’s very different from what they might expect from watching large dance troupes working in formation from afar.

“Nothing beats the intimacy of being up close, hearing the dancer’s breath,” Foster says. “I’m fascinated by being able to see the small details, the handholds, or the expressions on the dancers' faces.”

She says the choreographers represented this year are true superstars and, coincidentally, all women. She singles out two dramatically different pieces. “I’m excited to see Luisa Innisfree Martinez, who is a Richmond resident and can do amazing, acrobatic things with her body,” Foster says. “Her ‘Trope in a Box’ portrays the different stereotypes pushed upon women, literally boxing them in.”

“Then Megan Mazarick, out of Philadelphia, incorporates text with a performance that starts out as a ‘lecture’ that is then deconstructed,” she explains. “I have been secretly obsessing over Megan’s work; her movements are very gestural and almost animalistic. I think I’ve watched every performance of hers on her website.”

While each piece is dramatically different, Foster asserts one throughline: “These choreographers are all women who are really passionate about what they do and their commitment to the work will be all over the stage.”

Performances of the 18th Mid-Atlantic Choreographer’s Showcase at The Basement, 300 East Broad St., are June 4th at 5 p.m. and 8 p.m., and Sunday June 5th at 3 p.m. Tickets are available from the Starr Foster Dance website. https://www.starrfosterdance.org/showcase2022